Greenlight > Concepts > Aernarion's Workshop
Greenlight is being retired. For more information on how to submit games to steam, refer to this blog post.
This item has been removed from the community because it violates Steam Community & Content Guidelines. It is only visible to you. If you believe your item has been removed by mistake, please contact Steam Support.
This item is incompatible with Greenlight. Please see the instructions page for reasons why this item might not work within Greenlight.
Current visibility: Hidden
This item will only be visible to you, admins, and anyone marked as a creator.
Current visibility: Friends-only
This item will only be visible in searches to you, your friends, and admins.
Archmagia
Description Discussions0 Announcements4 Comments23 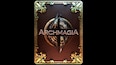 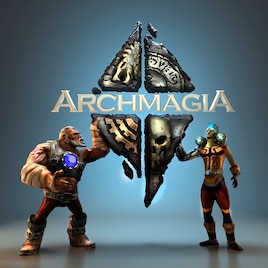 Aernarion
Offline
See the collection (may be hidden)
Recent Announcements View All (4)
The Necromancer is finally ready!
December 9, 2014 - Aernarion

Some days ago, we showed you the concept art for our third Archmage. Well, we finally got some time to gather all our media material and publish a proper post, so here he is, finally made official: the Necromancer!

If you want more details about the modeling process (a LOT of details) feel free to visit our development diary[www.archmagia.com], with several images of the full process, and of course, if you would like to see our CG artist in action, don't miss the new video we added to our Steam Concept (this one)

Remember to favourite us if you want to stay updated! And as always, please, spread the word!

Exactly as promised, we finally managed to produce the media content to show you the concept art process for our third Archmage: the Necromancer. For this task, a new member has joined Archmagia team. He is Adrian Fernández Delgado, and hopefully he will be helping us when their responsibilities allow him to do so.

For now, here you have the final concept art. If you want to go through the full detailed process, feel free to visit our development diary[www.archmagia.com], where you will find all the information, preliminary concepts, discarded drawings and much more.

We are now working in the videos and images to show you the 3d modeling process for this amazing Archmage, so if you don't want to miss a detail, favourite us!

Read More
Description
Think of any trading card game you have ever played, or heard about – most of them are great! But, we still think they can be improved. How? Have you ever dreamed about having all of your creatures and spells as real 3D animated models, complete with great visual effects, but still keeping all the classic strategy and fun? You have? Well, that's Archmagia!

Find all our news on www.archmagia.com !

Imagine a world in ruins. All civilization as we know it has collapsed and only magic prevails. A specific type of magic: Archmagia. There are four elder guilds of powerful Archmages, experts in twisting and molding mana to cast amazing spells and summon mighty creatures. These four guilds have been preparing for the final battle. Now, war has been declared and the Archmages will draw upon their arcane powers to conquer their enemies and gain the final victory.

In Archmagia, you will play as a powerful Archmage. You will learn to cast a great variety of spells – with stunning visual effects – that will destroy your enemies. You will also summon awesome creatures and command them so that they will crush anyone who is crazy enough to oppose your powers.

In Archmagia, it will be possible to choose between four different classes of Archmages. Each one has its own set of features, powers and abilities, and each one needs to be played in a different way. Here, we present to you the four classes of Archmage that we are working on.

One of the most original concepts introduced by Archmagia are the chambers. Each Archmage will have his own chamber. Chambers will be fully customizable: for example you will have the ability to add ancient artifacts, powerful items or mana generation devices. In their chambers, Archmages will be able to grow their own creatures that will be already summoned when battle begins.

Chambers will also allow our characters to experiment and discover new spells, to obtain new summons or even to improve their spell-book to empower already existing spells. Just think about the chambers as being the private playgrounds of the Archmages.

But that's not all! They also possess an incredible feature: your Archmage will have his chambers teleported to the battlefield! This includes all the selected artifacts, creatures and items you want to use in your next magical duel. A great chamber will definitely add an important strategic component to the battles the Archmages will fight.

It has been a while since the idea of creating a spell card game first crossed my mind. In fact, I have a large number of documents and some rules proposals from as early as 2007. While I have been thinking about it in the background ever since, in the meantime, I have started an augmented reality company gathered a great team around me and have worked on a number of amazing projects for several years.

The Many-Worlds team have thought about it and have come to a decision: we really want to create this game and now is the time to do it! That's why we are starting this concept. We want you to stay tuned and we really want your feedback. We would love to share with you the ways in which we are developing our game, in exchange for your opinion. Do you like our ideas? Do you think they could be improved in any way? We would really appreciate your comments. We will use this blog to share our progress and right here, you will be able to see our preliminary designs and concepts, our first 3D models, our effects and animations… in fact, everything! We will also keep you updated about the game system.

We would love to know your opinions. How could it be improved? Is a particular rule too complicated or too restrictive? How could the game be more balanced? With your help, Archmagia will become the great game we have dreamed that it will be.

How can you contribute?

Well, reading this concept is a great first step. We will try to post all our progress and keep you up-to-date about the whole development process as frequently as possible. Please do take into account that we are funding this work with our own resources so, from time to time, we will have to focus on other developments and projects.

We just want to ask you one favor: rate us, follow us or even favorite us. Any comment or suggestion would be also appreciated. If you like what you see, please do share it with your friends. The bigger we are, the better the game will be.

Welcome to Archmagia. This will be an amazing journey and we want to share it with you.

Daelon Jan 27, 2014 @ 1:00am
Hi Korg, I understand your concerns but we're not creating any kind of weird card-minecraft. All designs will be premade by us, you'll have the option to choose among several furnitures, artifacts and special items for your chamber, but you wont design it.

Muse Jan 26, 2014 @ 8:09am
Cant wait to see how many penis shaped chambers people make in this. Really, you are giving a lot of credit to the creativity and patience people online have to actually make yoru game look good. Sorry, great concept, but it will execute like crap with the population you are handing it too.

Aernarion  [author] Jan 25, 2014 @ 8:28am
Agavion, thank you for your comments. We totally agree, but we needed to make this concept to realize. We are now redoing the animations and the spell effects. It needs to be faster, and more dynamic. Keep tuned to find out how it evolves!

Agavion Jan 25, 2014 @ 7:17am
cool concept but I would fall asleep playing this game. the art is great, but I think the concept of the mechanics still needs some work.

SR Jan 20, 2014 @ 5:51am
I might sound odd but, I really love the level of art, background, and concept. I didn't need to understand the gameplay to know that I'm intrested in this project.