Greenlight > Games > DapperDave's Workshop
Greenlight is being retired. For more information on how to submit games to steam, refer to this blog post.
This item has been removed from the community because it violates Steam Community & Content Guidelines. It is only visible to you. If you believe your item has been removed by mistake, please contact Steam Support.
This item is incompatible with Greenlight. Please see the instructions page for reasons why this item might not work within Greenlight.
Current visibility: Hidden
This item will only be visible to you, admins, and anyone marked as a creator.
Current visibility: Friends-only
This item will only be visible in searches to you, your friends, and admins.
Boot Hill Heroes
Description Discussions5 Announcements8 Comments325 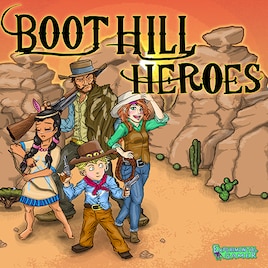 DapperDave
Online
See all 42 collections (some may be hidden)

Experimental Gamer’s co-op Wild West RPG is finally arriving on Steam on October 10. The title will arrive at a 50% discount to celebrate the launch of the game that will last for one week only!

The Steam edition of Boot Hill Heroes makes use of Steam’s unique set of achievements and extras, including a surprising 52 Achievements to unlock (each based on a specific playing card), 6 Badges to earn, 6 Trading Cards to collect as well as Profile Backgrounds, Emoticons, a Community Page and more!

"Boot Hill Heroes" fuses elements of spaghetti western film -- like gunslinging outlaws, brave lawmen, and the untamed wilderness -- with classic fantasy storytelling of good versus evil and order versus chaos. It's an experimental combination of ideas intended to bring a new and unique experience to gamers. With an intriguing story and excellent music by Jake ' virt' Kaufman ("Shovel Knight"), it's an adventure well worth experiencing.

The game features a team of four characters -- Kid, Doc, Moon, and Rosy. A single player can control the entire party, or friends can seamlessly drop-in and take control of a character. Combat is crafted around a fast-paced, real-time strategy system where all players remain engaged in battle and no one is waiting for a turn. The menu system is designed so that four players can simultaneously manage their characters' equipment and abilities without pausing the game.

Boot Hill Heroes was successfully Kickstarted in May of 2012 and has endured an underestimated development time that saw the saga split into a three game trilogy – this first arriving October 10 on Steam with the next out in 2015. Boot Hill Heroes is already available on PlayStation Mobile, PC and will be coming to Xbox Live Indie Games soon.
Reviews:

If you’d like a review copy of the game to review or stream, please inquire with dave@experimentalgamer.com. I would be happy to provide you with a number of free game codes to give to your audience as well!

It means that if Steam’s Greenlight inductions remain consistent, then at the end of June, Steam will Greenlight another 75 games and Boot Hill Heroes will be among them.

But there are two important “ifs” here. First, Steam has to remain consistent with their Greenlighting and, more importantly, Boot Hill Heroes cannot slip out of the top 75. At the rate in which games with glorious production values are submitted to Greenlight, it’s a real danger for such games to soar past Boot Hill Heroes and send it down a rung on this Greenlight ladder.

But here’s where you come in: In order to remain in the top 75, Boot Hill Heroes needs votes like it never needed votes before.

If you are reading this, then you’ve surely voted – but have you asked your fellow friends and gamers to vote? Have you spread word about this game on forums, boards, and social media? This little indie game needs to find its way to the small niche of gamers who would really appreciate it. And there’s only so much I can do to see that they find it.

You’ve all helped so much in getting Boot Hill Heroes this far, now we need just one final push to finally get this game out. This isn’t just one developer making an indie game, it is a community of fans who want to see games like this succeed despite an influx of triple A titles with marketing powerhouses.

We’re very close! Thanks to all of you for getting us here!

Welcome to "Boot Hill Heroes," a retro RPG set in the American Wild West. This game began as a Kickstarter two years ago and is now complete and awaiting your votes here on Steam Greenlgiht!

"This independent title blew me away with its features and I did not want to stop playing when the demo was over."
- Matthew Szewczyk, First Comics News[firstcomicsnews.com]

Use Power Points in combat to attack as well as defend

We often talk about how the classic console RPGs of the 90s (Final Fantasy, Earthbound, Chrono Trigger, etc.) impacted us, created treasured memories, and formed us as gamers. "Boot Hill Heroes" is made by lifelong game fans who grew up influenced by games of that era who want to bring back those lasting experiences while revitalizing the genre with a new spin.

"Boot Hill Heroes" fuses elements of spaghetti western film -- like gunslinging outlaws, brave lawmen, and the untamed wilderness -- with classic fantasy storytelling of good versus evil and order versus chaos. It's an experimental combination of ideas intended to bring a new and unique experience to gamers.

The game features a team of four characters -- Kid, Doc, Moon, and Rosy. A single player can control the entire party, or friends can seamlessly drop-in and take control of a character. Combat is crafted around a fast-paced, real-time strategy system where all players remain engaged in battle. The menu system is designed so that four players can simultaneously manage their characters' equipment and abilities without pausing the game.

On this adventure, players can find and equip various "job hats" that not only change the look of their characters but also allow them to learn new abilities associated with that job. A "Stetson" teaches special pistol attacks while an "Indian Headdress" reveals magical support dances. Players can then customize their characters by choosing which of these abilities they want to have equipped and build a character that matches their style of playing.

After an alleged attack by the Chepakwik Indians, the people of Bronco County are on the brink of war. Only a farm boy who knows the truth can stop it. Together with his three friends - a gunslinging desperado, an Indian princess, and a calamity jane - he must expose a conspiracy by bringing to justice the six outlaws of the notorious Saints-Little gang.

Their journey will take them through cowtowns, Indian villages, ranches, gold mines, prisons, and into the very heart and soul of the American Wild West. But on their epic adventure to right the wrongs of the past, will they see justice done or discover an even darker secret lying in wait behind the scenes?

"...what really impresses me comes from the battle system. Fully integrated with the heretofore mentioned mechanics, battles require reflex, strategy, and knowing what you're doing."
- Zachery Oliver, Theology Gaming[theologygaming.com] 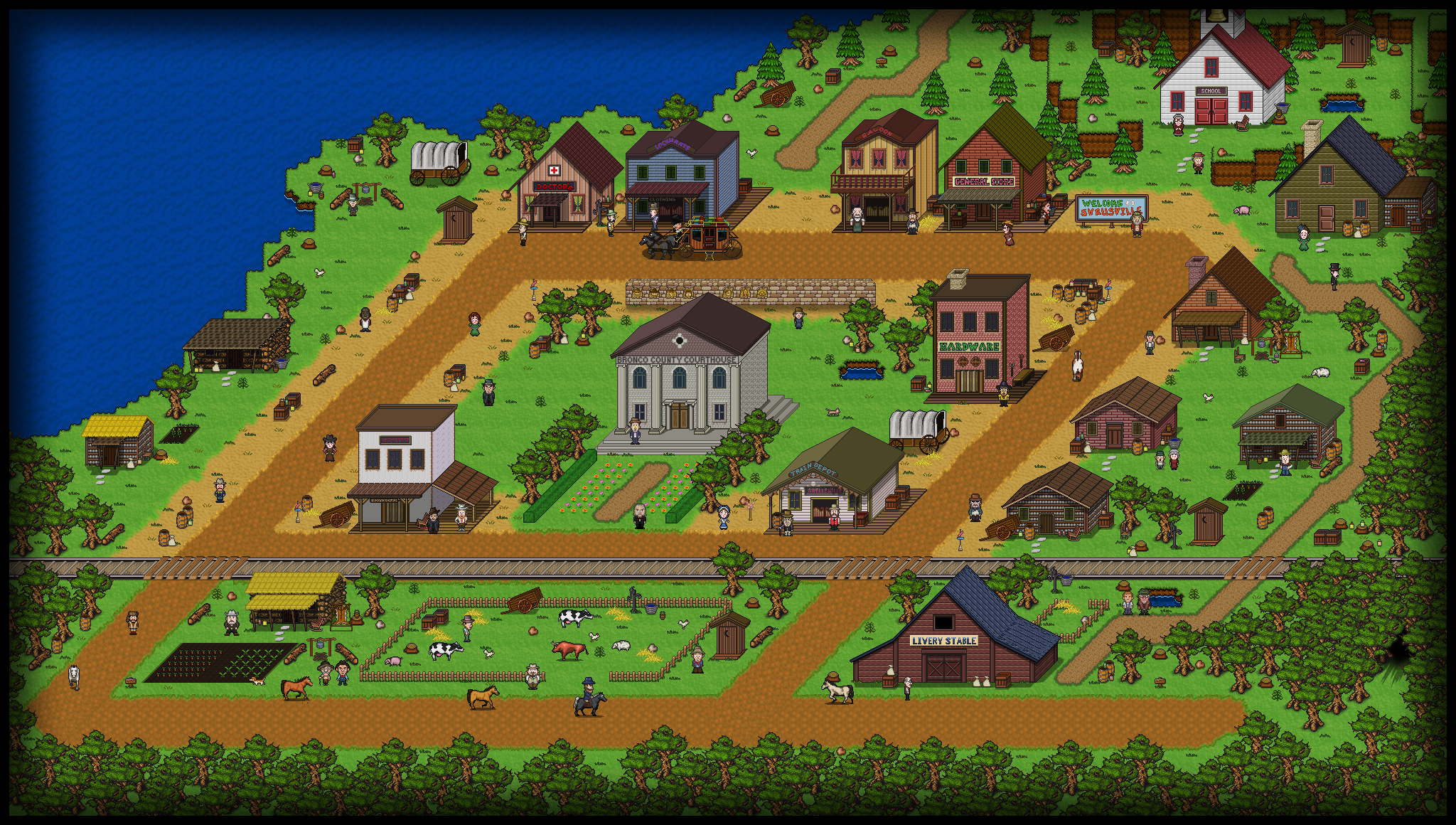 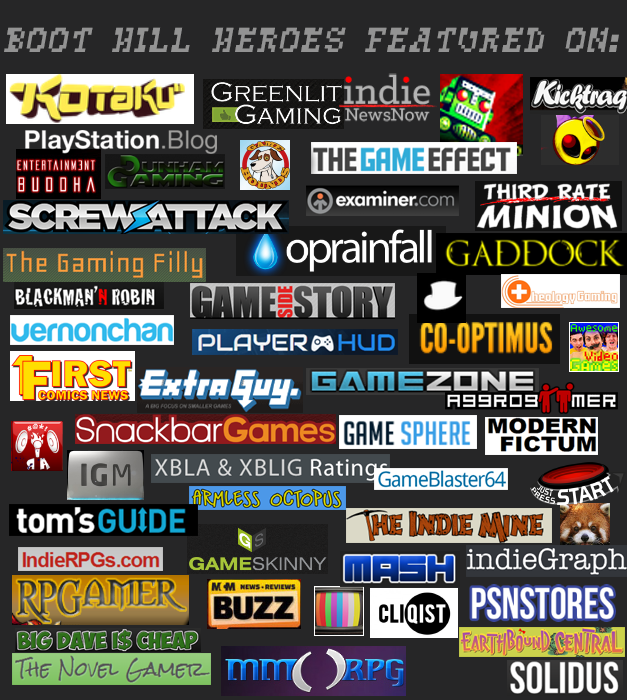 DapperDave  [author] Aug 3, 2015 @ 1:19pm
@Shadowblades Marketing this game is not my strong suit, so a lot of people haven't heard of it! It's been on sale and in a few bundles and will likely be in more.

Boot Hill Heroes has been Greenlit and is now listed in the Steam store. For the latest information, purchase options, and discussions for Boot Hill Heroes, please see it on the Steam Store or in the Steam Community.
Visit Store Page
For more details Visit Community Hub
For latest discussions
If you really, really want to, you can continue to the Greenlight page. Information on this page may be out of date, since all the action has moved to the areas noted above.