The Panzer general handbook
By Maestro Cinetik
Using your Panzer Groups correctly is a key for victory when you play Cauldrons of War.

Read this and you will become a true Panzer general. 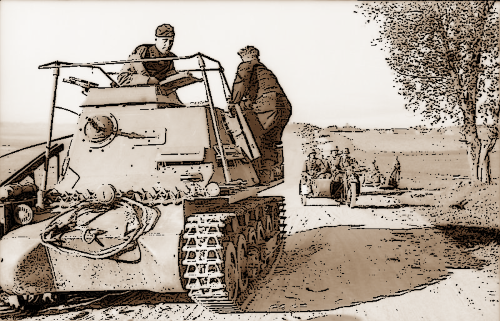 In Cauldrons of War, Panzer units have special actions, knowing how to use each one and most of all how to combine them will brings you victory.

BLITZ
An armored assault, supported by aviation, intended to pierce the lines of your opponent. Be careful, your army may find itself isolated behind enemy lines. It will however be in a good position to carry out raids, or create encirclements.

The only difference with the "Blitz" action is that air support is not grouped with this action.

This action makes it possible to accurately recognize the enemy's army, giving reliable information on its strength and bonuses to the actions taken against it.

The germans were master to pass entire panzer armies on land that their enemies thought impassable.
Infiltration allows you to drag your unit into the holes of the enemy lines with a minimum of combat. This action is all the more likely to be successful if a reconnaissance has been conduced and if the enemy does not have enough units to keep the front.This action is also very useful to escape from a loose encirclement.

Your unit swallows the kilometers and drive as deep as possible into enemy territory. This action is useful to complete operations quickly. In the case of a "kessel" type operation, the terrain thus traversed contributes to the closing of pockets . Keep in mind however that a unit deep in enemy territory will be difficult to supply ...

BEHIND THE LINES RAID

Your unit is behind enemy lines and takes advantage of it to ravage its rear, disrupt its logistics, destroy or capture its depots, forcing its HQ to move in an emergency: in short, you create havoc...

This action allows your panzers to strike the enemy from behind, with a good chance of surrounding or destroying them.Of course you need to have pierced your opponent's lines first 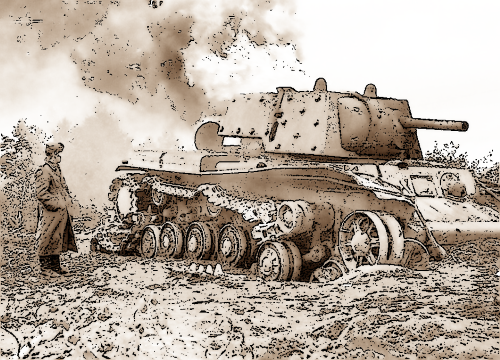 Some basic combos are very useful, try those ones :

For closing quickly a pocket or an operation:

For destroying quickly the ennemy

To escape a pocket

When the weather is good and the landscape suitable for tanks, your panzers can operate deeply into ennemy territory for a long long time.

You can imagine combos as long as this one :

1) Blitz to get pierce ennemy lines
2) Deep Raid to capture key objectives
3) Air Lift to resupply your Panzer group
4) Another deep raid, or a defensive action like "hedgehog" to wait for the inevitable soviet counter strike.


Some good player also have an opening combo like this one :

By this time, your ennemy should have been exploded

This strategy has one main drawback : your crumbled dispatched Panzer corps will be a nightmare to resupply
Panzers are fragile! 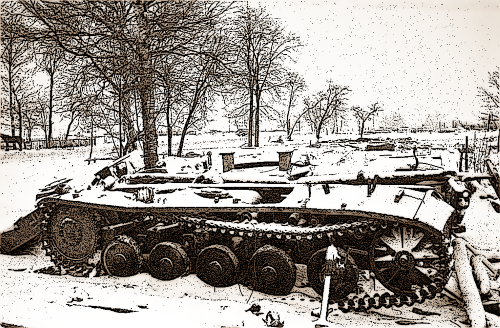 As your Panzer Groups are your best armies, you will tend to use them a lot.

You have to know that there is an hidden tiredness variable : the more you use a unit, the more its attrition rate will raise.
When a unit is exhausted, its vehicules litteraly fell apart.
So you will need to have some times of rest and refit : sadly, you can't go from Brest to Moscow in one wild non-stop ride.

Using too much your Panzer Groups also have negative side effects : your units may collect some negative traits like "streched lines", "laggers", "isolated unit"...
A quick useful solution is to halt and put your unit in hedgehog defence for a time.

On Barbarossa opening, you will find the Red Army massed at the border, ready to be trapped in a huge pocket. Your opponent will learn and develop some deep defence tactics. Deep defence implies anti-tank trenches, large minefields, bridge destructions...
Your panzer attack will be channeled into AT fields of fire and you won't progress as fast as you did anymore.

The soviet also have some very good tanks. They were not used adequately in the firts month, but as the campaign goes on, those tanks will becomepotent foes : most of your guns won't even be able to penetrate their armor.

Winter is not your friend

You will quickly learn that your Panzers are very vulnerable to low temperatures. You may lose a lot of tanks to frost alone.
When you will lose 8 tanks against a poor militiamen unit, it will certainly be a a combination of tiredness, severe winter and deep defence tactics. (you will hate that game when this will happen)

Sircastor Jun 26, 2020 @ 5:30pm
After the first operation I like to take the tank from the north corp and put him in the center to take moscow w/o breaking up the army