Greenlight > Games > Causal Bit Games's Workshop
Greenlight is being retired. For more information on how to submit games to steam, refer to this blog post.
This item has been removed from the community because it violates Steam Community & Content Guidelines. It is only visible to you. If you believe your item has been removed by mistake, please contact Steam Support.
This item is incompatible with Greenlight. Please see the instructions page for reasons why this item might not work within Greenlight.
Current visibility: Hidden
This item will only be visible to you, admins, and anyone marked as a creator.
Current visibility: Friends-only
This item will only be visible in searches to you, your friends, and admins.
Insanity's Blade
Description Discussions2 Announcements20 Comments1422 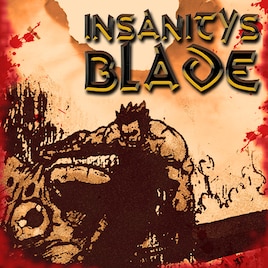 View Insanity's Blade in the store

We're really excited to announce that as of tomorrow Insanity's Blade will be coming to Windows PC's!

Thank you all for the support during this Greenlight campaign!

We'll be picking the winners for the #WGNInsane20 competition in the next two weeks as well as starting to prepare the rewards for our Kickstarter backers, more information will be coming on that soon!

In the mean time, feel free to check out the store page! http://store.steampowered.com/app/334190

Well we have the game finished for PC,LINUX and MAC. But now there are a ton of additional features! We will now have a selectable 8-bit or 16-bit soundtrack, all side quests are in game and some are mandatory in order to progress through stages of the game, 6 hidden selectable weapons for Thurstan and 3 for Finn!

So with the addition of the mandatory quests, the game got a lot longer. We have about 9 new playable stages on top of the original 16! New bosses, new items... tons of stuff!!

The demo is only single player but contains the first Island in the game which has 4 main stages and 3 side quests! Instructions are in the files. Please report any bugs to info@causalbitgames.com

Thank you for your patience and the release is coming next week!!

Chris and Daven
Read More
Description
Release date: December 5th 2014
Take a father’s journey to hell in order to save the souls of his wife and child.

Take the ultimate old school trip to hell!!
The Chronicles of Thurstan is the first in a series of games based around the journey of a sword possessed by a father's powerful grief and hatred. This first game is the tale of the swords creation.

Adapted from the Insanity’s Blade graphic novel written by Chris Obritsch and as featured on the now-defunct WTFmag.ca

The Horde
Christopher Obritsch – A father, long time creative director of web and print, and award nominated indie game developer, game collector and player of both classics and current. Chris is the creator, lead developer, artist and back up musician for Insanity’s Blade.

Welcome to the Greenlight!
Jayjay

Will this game have multi player co op? Local or online?
Abyss_Walker
< >
1,422 Comments

Causal Bit Games  [author] Mar 27, 2015 @ 10:36am
@Cha0xx We've just been informed that Steam keys should be available now to existing Desura users. We are also working on distributing keys to the winners of the #WGNInsane20 list, which will hopefully be announced in the coming weeks.

Thanks for supporting Insanity's Blade!

Causal Bit Games  [author] Dec 6, 2014 @ 5:25pm
@Dark.Shingo Yes, we'll be releasing that as DLC content for a small amount extra :) It will be quite large as both the 8bit and 16bit soundtracks will be included

Insanity's Blade has been Greenlit and is now listed in the Steam store. For the latest information, purchase options, and discussions for Insanity's Blade, please see it on the Steam Store or in the Steam Community.
Visit Store Page
For more details Visit Community Hub
For latest discussions
If you really, really want to, you can continue to the Greenlight page. Information on this page may be out of date, since all the action has moved to the areas noted above.