Greenlight > Games > ShaunJS's Workshop
Greenlight is being retired. For more information on how to submit games to steam, refer to this blog post.
This item has been removed from the community because it violates Steam Community & Content Guidelines. It is only visible to you. If you believe your item has been removed by mistake, please contact Steam Support.
This item is incompatible with Greenlight. Please see the instructions page for reasons why this item might not work within Greenlight.
Current visibility: Hidden
This item will only be visible to you, admins, and anyone marked as a creator.
Current visibility: Friends-only
This item will only be visible in searches to you, your friends, and admins.
Another Perspective
Description Discussions3 Announcements5 Comments270 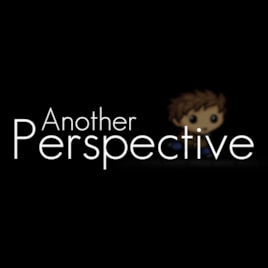 Smallpieceofham
Offline
See all 40 collections (some may be hidden)

View Another Perspective in the store

The store page for some reason is reporting the date as August 9th but Friday is the planned release date.

Thank you all for your patience and support <3

Read More
Description
Release date: OUT NOW! http://shaunspalding.co.uk/AnotherPerspective/
Another Perspective is a 2d puzzle platformer following the very confusing adventure of someone who is looking for something but doesn't remember what that something is.

He discovers he has the power to swap minds with what appears to be other versions of himself who all see the world in different ways. Where one pair of eyes sees a bottomless pit, another might not.

Combining these thoughts and realities leads him to progress - or to at least do something that resembles progress - however this new found ability deeply confuses and concerns him. He is left with the quest of not only finding whatever it was he was looking for, but also of just making some kind of sense out of the world around him.

Pepito The Cat Oct 5, 2014 @ 8:50am
This game looks amazing! I'm doing Shaun's tutorials on GameMaker Studio and e is great at what he does. Keep it up, dude!

Another Perspective has been Greenlit and is now listed in the Steam store. For the latest information, purchase options, and discussions for Another Perspective, please see it on the Steam Store or in the Steam Community.
Visit Store Page
For more details Visit Community Hub
For latest discussions
If you really, really want to, you can continue to the Greenlight page. Information on this page may be out of date, since all the action has moved to the areas noted above.