Greenlight > Games > Beavl's Workshop
Greenlight is being retired. For more information on how to submit games to steam, refer to this blog post.
This item has been removed from the community because it violates Steam Community & Content Guidelines. It is only visible to you. If you believe your item has been removed by mistake, please contact Steam Support.
This item is incompatible with Greenlight. Please see the instructions page for reasons why this item might not work within Greenlight.
Current visibility: Hidden
This item will only be visible to you, admins, and anyone marked as a creator.
Current visibility: Friends-only
This item will only be visible in searches to you, your friends, and admins.
The Narrow Path
Description Discussions1 Announcements8 Comments65 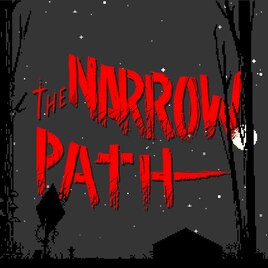 Click on the image to read “Thorny”, the first comic of The Narrow Path.

Enjoy and tell us what you think! 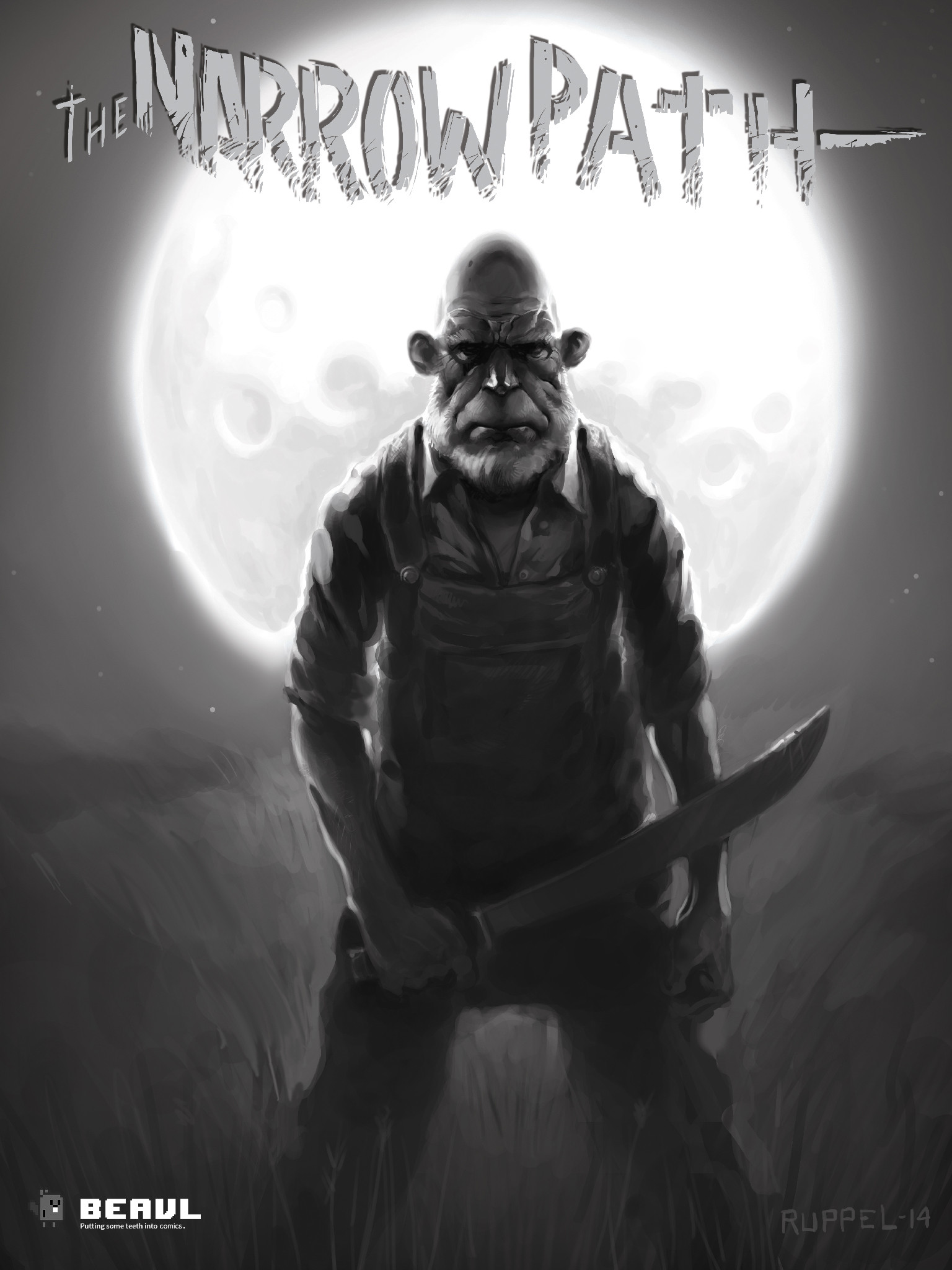 Update #3 includes fullscreen support. Now you can open that context menu with secondary click and play it in all its beauty! Play Update #3 here![www.beavl.com]

And well, this is a surprise we have for you all, a poster depicting our main character: Papa. 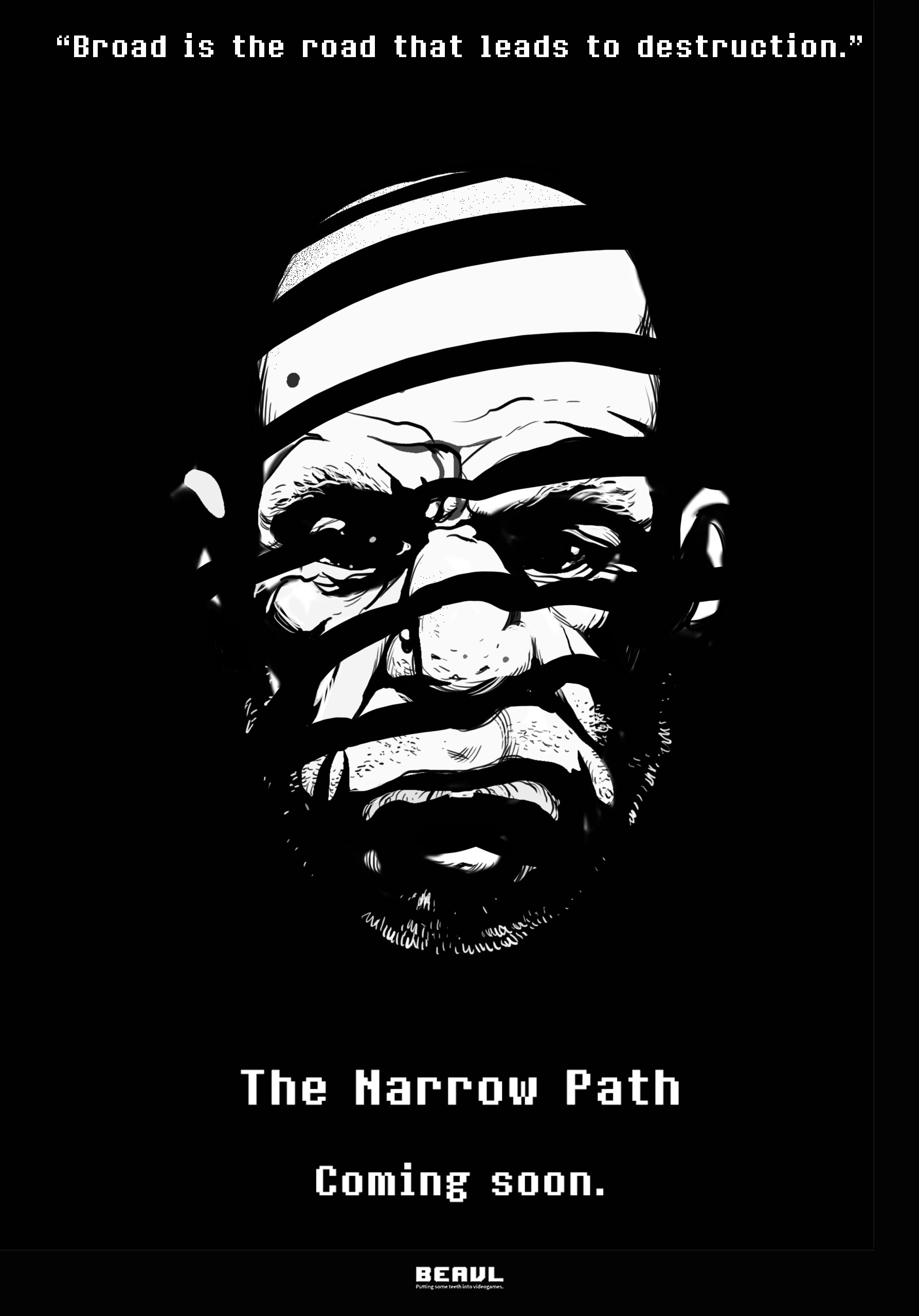 THE NARROW PATH - WINNER AT THE WALKING DEAD ALL OUT WAR GAME JAM 2013
The Narrow Path is a roguelike-RTS with a motorhome, a mutant dog and an army of reanimated monsters. Just picture Dr. Frankenstein amid a zombie apocalypse!

"It’s weird, and I love that about it. The art style and sound work perfectly together and for something developed in such short time, these guys really knocked the execution out of the park. I personally can’t wait to see what these guys can do with a real development budget and a few months!"
Dan Boutros, Games Development and Publishing, Skybound Games

"The Narrow Path (...) takes an approach that immediately grabs my attention. Yes, you’re killing zombies. But you’re also killing the humans too. And you’re in a minivan."
John Walker, Editor and Co-Director, Rock, Paper, Shotgun.

"The morally ambiguous narrative is reflected in the game’s lovely black, white and gray graphics. You play the part of a psychotic backwoods genius who has seized upon the zombie apocalypse as his chance to remake the world according to his own twisted mix of biblical prophecy and selfish desire."
Paul Hack, Indie Statik.

THE STORY
There is an “All Out War” between humans and zombies but you want both sides dead so as to start over and repopulate Earth impregnating the three Swanson Sisters you kidnapped! You freak!

HOW TO PLAY IT

YOUR SUPPORT CAN TAKE THE NARROW PATH EVEN FURTHER.

SamEarl13 Jun 23, 2014 @ 11:40am
It looks kinda boring, especially with the grey palette. At the moment it just scream dull. Try having enemies bleed (and have it colored), I'm pretty sure there was a Wii game that did that. That might at least make the graphics nicer.