Greenlight > Games > crazymonkeystudios's Workshop
Greenlight is being retired. For more information on how to submit games to steam, refer to this blog post.
This item has been removed from the community because it violates Steam Community & Content Guidelines. It is only visible to you. If you believe your item has been removed by mistake, please contact Steam Support.
This item is incompatible with Greenlight. Please see the instructions page for reasons why this item might not work within Greenlight.
Current visibility: Hidden
This item will only be visible to you, admins, and anyone marked as a creator.
Current visibility: Friends-only
This item will only be visible in searches to you, your friends, and admins.
EMPIRE: The Deck Building Strategy Game
Description Discussions0 Comments53 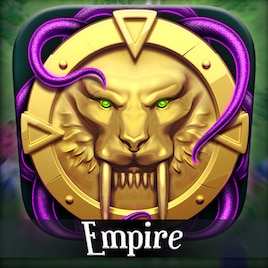 crazymonkeystudios
Offline
See all 6 collections (some may be hidden)

View EMPIRE: The Deck Building Strategy Game in the store

Store page
Description
The barbarous tribes who fought amongst themselves for so many aeons are at last able to come together to found a wondrous civilization. Is yours the first of its kind in this world, or one of many? No man knows, but what all men know is that their Empire must not only survive, but flourish!

The world is full of terrible horrors, however, and they will wear away at your Empire from all sides. Natural resources have become more scarce. And perhaps worst of all, your powerful Empire has grown heavy and full of internal strife with its age. How long can you stand the pressures of survival before your Empire finally comes crumbling back down into the desolated earth from which it grew?

- Choose from 3 unique emperors to play, each with their own strengths and weaknesses.

- Procedurally generated worlds mean that no two games will be alike. Will you find valuable mountains to mine military materials from? Food-rich forests that will grow your Empire quickly?

- A unique take on the deck building mechanism similar to those in Dominion, Puzzle Strike or Ascension. Your deck grows during the game, and it fills with both useful Action Cards, powerful Spell Cards, -- and also totally useless Strife Cards. Managing your deck is an important part of staying strong!

- A unique grid based tactical combat system. Use your Action and Spell cards to get the upper hand and destroy the enemy forces!

- Unlike traditional 4X strategy games which not only take hours, but tend to become slow and boring late game, EMPIRE is a quick, elegant knife-fight of a game.

We have tons of plans for the game in terms of future content additions, balance patches, extra game modes, and other support.

Please check out our website at: http://empire-game.net/
Or come chat with us at our forums: http://www.dinofarmgames.com/forum/index.php?forums/empire.12/
< >
53 Comments

prasejednomalo Dec 12, 2014 @ 5:31am
I just got this on Android today and spent almost as much free time as I had on it :D Love it, would like to have it on Steam too!

SpitefulBatman Oct 28, 2014 @ 5:55pm
If a game cant get votes due to its quality but rather because of a facebook group, then it shouldn't hit mainstream. Release it on your own website and build a fan base and prove greenlight wrong. Lost my vote because of that stupid group!

EMPIRE: The Deck Building Strategy Game has been Greenlit and is now listed in the Steam store. For the latest information, purchase options, and discussions for EMPIRE: The Deck Building Strategy Game, please see it on the Steam Store or in the Steam Community.
Visit Store Page
For more details Visit Community Hub
For latest discussions
If you really, really want to, you can continue to the Greenlight page. Information on this page may be out of date, since all the action has moved to the areas noted above.