Greenlight > Games > Triangle Studios's Workshop
Greenlight is being retired. For more information on how to submit games to steam, refer to this blog post.
This item has been removed from the community because it violates Steam Community & Content Guidelines. It is only visible to you. If you believe your item has been removed by mistake, please contact Steam Support.
This item is incompatible with Greenlight. Please see the instructions page for reasons why this item might not work within Greenlight.
Current visibility: Hidden
This item will only be visible to you, admins, and anyone marked as a creator.
Current visibility: Friends-only
This item will only be visible in searches to you, your friends, and admins.
It came from space, and ate our brains
Description Discussions2 Announcements4 Comments148 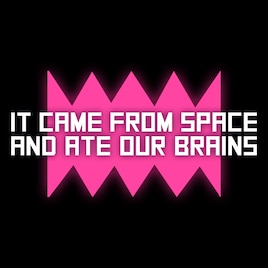 Triangle Studios
Offline
See all 15 collections (some may be hidden)

View It came from space, and ate our brains in the store

With all the feedback/suggestions gathered from our testers we were able to release a new patch. This patch contains several fixes and includes also some new features. Here is a list of the fixes:

Features
- The leaderboards are now loading correctly;
- Notification when you are able to upgrade your active weapon is now displayed correctly;
- Controller support has been extended further;
- The camera for walking down has been tweaked;
- Not only the host hears impact sounds on aliens anymore, but everyone does.

Weapons
- Particles left-overs from weapons are not displayed anymore.

Wow -- That was a huge surprise for everyone at Triangle Studios. After more than a year, It came from space, and ate our brains (From Space) has finally been Green-lit!

Needless to day, we are very happy with this news, and we want to thank all you guys who have voted for us. We're going to make sure that this is one gaming experience you don't want to miss out on.

As if by coincidence, the team had made the decision during the final weeks of 2014 to pick up the development of From Space in the new year. We have done so and we're already seeing some very cool progress. We will be making the announcement soon, but you can expect a LOT of functionality to make it into this complete overhaul of the original concept. Don't worry though, we will stay true to what made this game a blast to play even in the early prototype phases.

Read More
Description
Release date: You can play it right now!
‘It came from space, and ate our brains’ is a top down shooter with horde survival gameplay. The brain slurping aliens are only vulnerable to bullets. Using your flashlight, guns, and special powers help the player to take care of the unwanted pink guests. Triangle Studios focused on creating a unique atmospheric setting and addicting, straightforward gameplay.

Your name is Jerry, you’re a bald, no-nonsense kind of guy equipped with a flashlight and you know how to handle a gun. You somehow managed to survive the invasion of a merciless alien species, the kind that feeds on human brains. Things look bad when you wander the city, looking for gear and weapons to survive. You notice a pink light emitting behind you. As you slowly turn around, you see a legion of aliens ready to harvest the contents of your skull. You realize there is only one thing left to do: set a new high score and die like a badass.

It came from space, and ate our brains will be available for Windows, OSX and Linux.

Boss Claw Oct 21, 2014 @ 9:49am
It has my highest recommendations because the focus on fun gameplay succeeds, and the Retro-Neon-Arcade-Aestetics work well with the simplified modern graphics and lighting.

As seen in my let's play - I had only good things to say, even when I wasted my Light Shield.
It Came From Space Let's Play by MoU

ExtraLvLz Sep 3, 2014 @ 12:09pm
I've been playing it for a little while now...its fun, simple controls, challenging and looks really good. Thumbs up I give it the GREENLIGHT!!!

It came from space, and ate our brains has been Greenlit and is now listed in the Steam store. For the latest information, purchase options, and discussions for It came from space, and ate our brains, please see it on the Steam Store or in the Steam Community.
Visit Store Page
For more details Visit Community Hub
For latest discussions
If you really, really want to, you can continue to the Greenlight page. Information on this page may be out of date, since all the action has moved to the areas noted above.