Greenlight > Games > tulioadriano's Workshop
Greenlight is being retired. For more information on how to submit games to steam, refer to this blog post.
This item has been removed from the community because it violates Steam Community & Content Guidelines. It is only visible to you. If you believe your item has been removed by mistake, please contact Steam Support.
This item is incompatible with Greenlight. Please see the instructions page for reasons why this item might not work within Greenlight.
Current visibility: Hidden
This item will only be visible to you, admins, and anyone marked as a creator.
Current visibility: Friends-only
This item will only be visible in searches to you, your friends, and admins.
Pier Solar and the Great Architects
Description Discussions4 Announcements4 Comments297 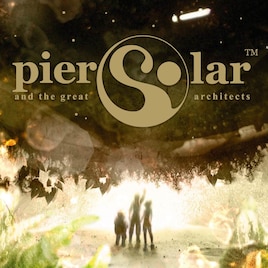 tulioadriano
Online
See all 59 collections (some may be hidden)
Kickstarter

View Pier Solar and the Great Architects in the store

Pier Solar will be released on September 30th, 2014 for PS4, PS3, STEAM, and OUYA. Development is completed for all remaining platforms. The release dates for Xbox One, Wii U and SEGA Dreamcast will be announced next month, pending certification (Wii U & Xbox One).

We have received Greenlight!

From the bottom of my heart, to all of you who made this possible, THANK YOU SO MUCH!

Time to continue the hard work and get the game prepared for Steam API! :)

Best to all of you!
-Tulio
-WM

Read More
Description
Release date: Q2 2014
Pier Solar coming to PC
We heard you! You asked for it, and after 2 years, 3 prints, and 8 versions of Pier Solar for the SEGA Mega Drive and SEGA Genesis - we are pleased to announce we have been hard at work on releasing Pier Solar in HD for PC, Mac, Linux.

WaterMelon ran a successful Kickstarter campaign raising over 231.000 dollars for the development of Pier Solar HD to the newer platforms.

About the story
Being a turn-based RPG with state-of-the-art aesthetics, Pier Solar is a story-based RPG about the journey of three young heroes from the town of Reja. In this prospered and peaceful town there live three best friends: Hoston, Alina and Edessot. Young and curious, they want to go on a herb-seeking quest to help cure Hoston's father's mysterious illness. Little do they know ... it will be the beginning of their lifetime journey where they will learn the true meaning of friendship and the thrill of adventure.

This journey will demand their courage and wisdom to solve a long-lost mystery while they face the forces of destruction dispatched by an evil man who is trying to change the world for his own good. Through this escapade, they will be reborn as great heroes to protect the universe from a mistaken purpose..

What makes Pier Solar so special?
Pier Solar was originally designed and developed for the SEGA Mega Drive and SEGA Genesis. Yes, you read that right!! It was actually the only newly developed game for SEGA's 16-bit system in the new millennium. It's not a port, fan translation, or a copy of any other game. Pier Solar is a 100% brand new, entirely original,16-bit RPG.

We'll get right in to what we think makes Pier Solar so special:

Pier Solar truly is a love letter to the rich, imaginative 16-bit RPGs of a bygone era. We crafted Pier Solar in the same light - with an authentic adventure, that resonates deeply about life, death, love, family, and friendship. Remember the wonder you felt when immersed into your favorite retro RPG? Pier Solar captures that same wonder.

What the media says about Pier Solar
“...this is a game I'll be keeping on my radar. I love the style, the aesthetics, and the classic
JRPG feel.”
- Kotaku.com

“...one promising title to play next December.”
- Destructoid

“WaterMelon’s attention to detail is staggering…a community-based development team with a
track record of integrity and a proving capacity to deliver on promises made”
- Gamespot.com

“With a lengthy script, impressive graphics, and a top-notch soundtrack, those that still hold the
flame for SEGA’s console will have something new to be nostalgic over.
- IGN.com

“The game itself, which comes on a high-density, 64 Meg cartridge, is a well-crafted love letter
to the turn-based, role playing games of a bygone era. It’s evocative of the 16-bit classics
Phantasy Star II and The Secret of Mana, both in scope and design. Pier Solar also sports an
enhanced CD soundtrack that truly takes the overall experience to another level.”
- 1UP.com

In a nutshell
Pier Solar is a product of passion, done by individuals who love video games in it's most pure essence. It's made by players for players. Our team has absolute commitment to the quality of the game as well as the experience of the players.
Popular Discussions View All (4)

Switching between HD and original...
Plaid

chronomew40 Aug 31, 2014 @ 2:51pm
Game release dates get pushed back often, but in truth I'd rather have a polished and good product then one put out in haste.

Hrist Valkyrie Aug 25, 2014 @ 5:10am
Antyk, the game was originally delayed over 3 years; it's not vaporware, Watermelon literally JUST sent out an email the other day to members on their site/owners of the cart. From the email itself:

"Pier Solar
We know everyone has been waiting patiently for the final release dates for Pier Solar on Dreamcast and each of the modern platforms. We're in the absolute final stages of bug testing and submissions/acceptance with Microsoft, Nintendo and Sony.

Pier Solar is almost here and as soon as we get our final acceptance (SO soon!!!!), we will announce the final release dates and you'll be playing Pier Solar HD in no time."

Pier Solar and the Great Architects has been Greenlit and is now listed in the Steam store. For the latest information, purchase options, and discussions for Pier Solar and the Great Architects, please see it on the Steam Store or in the Steam Community.
Visit Store Page
For more details Visit Community Hub
For latest discussions
If you really, really want to, you can continue to the Greenlight page. Information on this page may be out of date, since all the action has moved to the areas noted above.