Greenlight > Games > Black Flag's Workshop
Greenlight is being retired. For more information on how to submit games to steam, refer to this blog post.
This item has been removed from the community because it violates Steam Community & Content Guidelines. It is only visible to you. If you believe your item has been removed by mistake, please contact Steam Support.
This item is incompatible with Greenlight. Please see the instructions page for reasons why this item might not work within Greenlight.
Current visibility: Hidden
This item will only be visible to you, admins, and anyone marked as a creator.
Current visibility: Friends-only
This item will only be visible in searches to you, your friends, and admins.
Yrminsul
Description Discussions1 Announcements9 Comments233 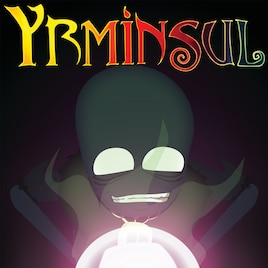 Black Flag
Offline
See all 39 collections (some may be hidden)

View Yrminsul in the store

On wednesday March 2nd Yrminsul will be released on Steam! yay!

In this new version we have change A Lot of things in Yrminsul. The Interface has been overhauled, the graphics have been improved, the balance has been adjusted and a lot of bugs have been cleared!

If you want to support us, you just have to like and share this page (it's free and safe!): https://www.thunderclap.it/projects/38512-be-evil-for-good-in-yrminsul

Thank you folks for your support, kind words, criticism and feedback, we have made it! Woooooooo!

Have you had enough of nice and friendly heroes? Then become the villain of the piece! Get your own back on the pathetic forces of the good and make them finally understand that evil is something to be taken seriously, and must be well done. Resist their combined attacks during a game combining strategy and Tower Defense phases in a persistent universe. Make their islands, which make up this boring haven of peace, fall one by one. Evil spirits, boastfulness and a tendancy towards machievelic laughter will finally be rewarded through a title which renews the codes of the genre.

YRMINSUL is a strategy game in a persistent universe where each combat is held in the form of a Tower Defence. Crush the forces of good!

Tower Defense:
You love the frenzy of the tower defenses? Yrminsul is a fast paced tower defense in full 3D with a lot of content: +30 enemies, three types of enemy armies (Goblins, Monsters and Elves), 15 upgradable turrets, 16 spells and +30 levels with unique moods and design...

Tactics:
Before each attack, you have to choose carefully 4 turrets and 4 spells to use while defending. Knowing the enemies' strenght is important as you can go for single target damage or area of effect havoc; magic or physic damage; slow, stuns and other forms or control... Each army attacking you has its own strenghts and weaknesses, you have to know them to succeed!

Strategy:
Choose carefully which Island to invade, spy on the enemy to evaluate his forces. In Yrminsul, your opponents try to reclaim the islands you control. You will have to defend your territory from your enemies' sneaky attacks. At the same time, you will invade their Islands. You can go back and forth between the islands because the universe is persistent: when you build a turret, it will stay on its island unless the enemies gain control of the island.

Resource management:
In Yrminsul, you have to manage one main resource: Infamy. The infamy is your potential evilness and allows you to build defenses, to research new towers and spells, to spy on your enemies.... You have to manage carefully your infamy because you need to unlock new powers to face the strongest enemies. But doing so, would you have sufficient resources to defend your territory?

Universe and backstory:
As a RTS campaign, Yrminsul has a storyline and a universe you can explore. Each of the +30 levels has its own details and secrets, and more than 10 interactive comics unveil the story of Yrminsul!

Can I play Yrminsul now?
You can only play the demo, downloadable at: http://studioblackflag.com/download i you back Yrminsul on Indiegogo, you will get an extended demo!

Then, when will I play it?
Estimated Time of Arrival: april 2014, save the date!

How much will it cost?
Yrminsul's price is 15$.

I'm a linux player and I want to play Yrminsul, any portage soon?
We are trying to build Yrminsul on Linux and we hope to have it working soon(TM). As Yrminsul is made with Unity, we have good hopes on having Yrminsul working on Linux at launch.

What is Black Flag?
We are a young indie studio studio based in Bordeaux (France). We are four founders with some experience in video games making that decided to go indie. We are an uncompromising garage studio 100% dedicated to create games. Please check our website for more information.

I love your game and I want to help you guys!
Oh! Thanks! here are some quick steps:

We cherish our beloved players and share exclusive news to them. Plus, if you are an indie dev, we like to talk about your games too! Help us help you!

Help us spread the word: https://www.thunderclap.it/projects/38512-be-evil-for-good-in-yrminsul

Black Flag  [author] Oct 20, 2015 @ 3:55am
Hey folks! The Game isn't dead and will be released in a couple months. We've tried to find a way to fund upgrades for Yrminsul but we couldn't manage to get what we where looking for. That being said we're happy with the current version of game and will post news about the overhaul we've working on. See you soon mateys!

Black Flag  [author] May 26, 2015 @ 2:11am
My bad folks, I'll try to post news asap, I've been a bit overwhelmed this year and Yrminsul's release got really late. Stay connected on FB or twitter and thanks for your interest in Yrminsul!

Yrminsul has been Greenlit and is now listed in the Steam store. For the latest information, purchase options, and discussions for Yrminsul, please see it on the Steam Store or in the Steam Community.
Visit Store Page
For more details Visit Community Hub
For latest discussions
If you really, really want to, you can continue to the Greenlight page. Information on this page may be out of date, since all the action has moved to the areas noted above.