Greenlight > Games > Rising Star Games's Workshop
Greenlight is being retired. For more information on how to submit games to steam, refer to this blog post.
This item has been removed from the community because it violates Steam Community & Content Guidelines. It is only visible to you. If you believe your item has been removed by mistake, please contact Steam Support.
This item is incompatible with Greenlight. Please see the instructions page for reasons why this item might not work within Greenlight.
Current visibility: Hidden
This item will only be visible to you, admins, and anyone marked as a creator.
Current visibility: Friends-only
This item will only be visible in searches to you, your friends, and admins.
Deadly Premonition: The Director's Cut
Description Discussions51 Announcements9 Comments2736 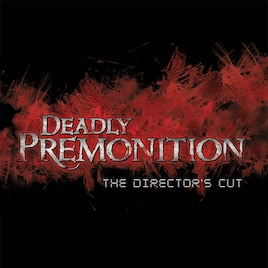 View Deadly Premonition: The Director's Cut in the store

To celebrate the fact that the Steam release of Deadly Premonition: Director's Cut is less than a week away (yay!), we've been able to put up three special DP-related items in the Team Fortress 2 Workshop. If we can get enough votes for them, then they'll be put into the game and we'll work out how you can all get hold of them. Maybe as an added bonus for everyone who gets the Deluxe Edition? We'll have to wait and see!

Anyway, you can see and vote for the three items by clicking on the names of each one:

The Agent York Look – now everyone can look like their favourite FBI agent with the addition of this stylish hairpiece for select classes!

TF... In The Coffee! – Need a bit of insight into the coming battle? This Scout-only weapon should help. Warning: contents may be hot!

The Red Seed Profiler – Prove to everyone you're a red-hot agent with crime-solving skills by wearing this 'totally genuine' FBI badge.

We hope you like them; comments on how to improve these items is already been taken and used, so hopefully people will want to use them if/when they go into the game full-time!

Well, we told you it was imminent, but now it's finally happened - the pre-order option is now live for Deadly Premonition: Director's Cut! Yay!

Apologies for the delay, but we were doing super-special secret dealings that allowed us to offer pre-order folks two very special things:

– 10% off the normal price of the game
– A FREE upgrade to the Deluxe edition, meaning you get the soundtrack absolutely gratis!

That's got to be a good deal, right? And with Halloween just around the corner, there's really only one way to celebrate it... the Deadly Premonition way!

Thank you again to everyone for your support on this project - we hope you enjoy the game when it finally comes out! Oh, and did we mention that we've brought the release date forward slightly to October 29th? Yep, there's that too. Hurrah!

Playing as special agent Francis York Morgan (call him York – everyone else does), it’s your job to investigate the brutal murder of a young local beauty in the town of Greenvale. Amidst the backdrop of soaring mountains and a small American suburb, York must solve the mystery of the Red Seed Murders and stay alive in a place where supernatural creatures and a mysterious raincoat-clad, axe-wielding killer seek to end his investigation for good.

Part suspense-filled horror, part action-adventure game, Deadly Premonition offers an open-world experience packed with locals to meet and places to discover, as well as numerous side quests and mini-games that will help you solve the murders and uncover Greenvale’s deepest, darkest secrets.

Deadly Premonition: The Director’s Cut on PC includes new features over and above the original game, plus additional content not seen in the PS3 Director's Cut release:
And exclusive to the Steam version, earn achievements and collect Steam Trading Cards – complete the whole set before the Raincoat Killer gets you!

Check out the reveal trailer for the PC version above, or on YouTube: {LINK REMOVED}http://bit.ly/13jljib

For all the latest news about the PC version of Deadly Premonition: The Director's Cut, including details of how we're doing on Greenlight, you should follow us on Facebook and Twitter:

Dante Apr 11, 2014 @ 8:46am
Are you all mental? When i played this i thought i was having a mental breakdown!? why do people think this game is good? Genuine question?

Deadly Premonition: The Director's Cut has been Greenlit and is now listed in the Steam store. For the latest information, purchase options, and discussions for Deadly Premonition: The Director's Cut, please see it on the Steam Store or in the Steam Community.
Visit Store Page
For more details Visit Community Hub
For latest discussions
If you really, really want to, you can continue to the Greenlight page. Information on this page may be out of date, since all the action has moved to the areas noted above.