Greenlight > Games > Nemoria's Workshop
Greenlight is being retired. For more information on how to submit games to steam, refer to this blog post.
This item has been removed from the community because it violates Steam Community & Content Guidelines. It is only visible to you. If you believe your item has been removed by mistake, please contact Steam Support.
This item is incompatible with Greenlight. Please see the instructions page for reasons why this item might not work within Greenlight.
Current visibility: Hidden
This item will only be visible to you, admins, and anyone marked as a creator.
Current visibility: Friends-only
This item will only be visible in searches to you, your friends, and admins.
Oknytt
Description Discussions3 Announcements5 Comments256 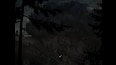 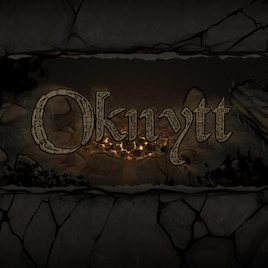 Nemoria
Offline
See all 49 collections (some may be hidden)

View Oknytt in the store

After a long journey Oknytt is finally live on steam and we hope you join us in celebrating this. A huge thanks from all of us to everyone who purchased the game or otherwise supported us!

We want to thank everyone who voted or otherwise helped us with the campaign!

To celebrate this we will be releasing a puzzle on our website. If you manage to solve it you will unlock a free download of the soundtrack!

Keep a look out for Oknytt on steam and the puzzle in the upcoming days! And finally, thanks again! This is a great day for us here at Nemoria!

Read More
Description
Release date: 8th of July 2013
Oknytt is a point-and-click adventure game for PC(Windows) where the player takes the role of a small, seemingly insignificant creature, leading it through a dark world riddled with obstacles to help it find a place to belong. The game takes place in a Norse medieval world and contains a number of beings and areas inspired by Swedish folklore.

Oknytt's gameplay is comprised of classic point-and-click puzzle solving combined with the usage of four runes located at the bottom of the screen. These runes can be activated at any time to trigger various changes and events in the area around the protagonist. Each rune has a specific element tied to it which have different areas of use depending on what can currently be seen in the environment.
Figuring out what the runes can be used for and how to utilise their affect on the environment together with the items at your disposal is key to you being able to progress through the game world.

For more information go to our website at http://www.nemoria.net/
Popular Discussions View All (3)

A personal impression put into words, if you will. (I normally never do this)
Binary7

Just a thank you to Nemoria for making this.
Pot-Belly Vampire Goblin
< >
256 Comments

TheBlackDeath Jul 25, 2014 @ 4:13am
looks good but i suggest you to translate the game also in italian and other languages

Headhoncho Burnside Apr 7, 2014 @ 10:46am
Do i have to activate my indie gala desura key for Oknytt in order to get my Steam key for Oknytt? this game is part of one of my indie gala bundles, but i don't have a Desura account (yet) and would prefer not to have one (will make one if i have to)... thanks for the help!

Nemoria  [author] Apr 4, 2014 @ 2:22pm
@DiDi. Contact Indie Royale and Indie Gala about how to redeem your Steam key. We've sent them keys to distribute so I'm afraid we can't help you.

Seika Apr 1, 2014 @ 9:00am
Oh whahay, I was just about to comment in panic that my steam key registered but didn't give me a game, but then I saw Nemoria's response three posts down.

Thanks so much for this, I'm very pleased and excited to add Oknytt to its rightful place in my steam library :D

Oknytt has been Greenlit and is now listed in the Steam store. For the latest information, purchase options, and discussions for Oknytt, please see it on the Steam Store or in the Steam Community.
Visit Store Page
For more details Visit Community Hub
For latest discussions
If you really, really want to, you can continue to the Greenlight page. Information on this page may be out of date, since all the action has moved to the areas noted above.