Greenlight > Games > SakimotoFanboy's Workshop
Greenlight is being retired. For more information on how to submit games to steam, refer to this blog post.
This item has been removed from the community because it violates Steam Community & Content Guidelines. It is only visible to you. If you believe your item has been removed by mistake, please contact Steam Support.
This item is incompatible with Greenlight. Please see the instructions page for reasons why this item might not work within Greenlight.
Current visibility: Hidden
This item will only be visible to you, admins, and anyone marked as a creator.
Current visibility: Friends-only
This item will only be visible in searches to you, your friends, and admins.
The Horror at MS Aurora
Description Discussions2 Announcements8 Comments243 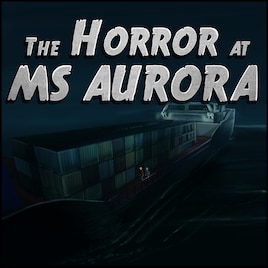 Today, it is three years ago to the month that 12 O’clock studios weighed anchor – an adventure of unprecedented magnitude for all of us who have been involved in it. Over the past 36 months we have experienced the full spectrum of highs and lows that one might expect to come with game development – or any entrepreneurial venture for that matter. To be frank – there’s been a whole lot of them (both highs and lows) we did not expect, as well. Nevertheless, it is safe to say that our greatest high came some four months ago, as we finally saw The Horror at MS Aurora sail out into the world on Desura, shortly followed by Just Adventure.

The road from concept to product to release has been one of many adventures and experiences, where lifelong friendships have been forged, and invaluable knowledge and experience gained – but all, of course, at a cost. Today, we’ve finally had to accept the fact that our three-years adventure has generated more costs, and thus a greater – and more urgent – debt for our beloved company than what our product can possibly hope to contend with – and thus, we have no other choice but to put a full stop at the end of the grand adventure that has been 12 O’clock Studios.

If releasing our first game was our greatest high, then this is still not by far our greatest low, however – though the ending was not what we hoped for, the journey is, and will always remain, what made it all worth it. We would like to extend our deepest and warmest thanks to everyone who’s helped and supported us along the way of this adventure, and to everyone who’s helped make The Horror at MS Aurora a reality – truly, you guys rock, and we would never have made it this far without you. Same goes for everyone who’s bought, played, watched, written about, reviewed, let’s played, up-voted, shared, re-tweeted, or even seeded one of the torrents – you guys were the whole reason we made the game in the first place, and we sincerely hope that you have, and will continue to, enjoy it.

As we, the company, go into this gentle night, we would like to offer these parting thoughts: as much as this is an end, it is also a new beginning (word to the wise is to look out for the words “Autumn House”, “Afterimage” and “What do robots dream of?” in the near future). Games is part of who we are – and it is safe to say that no matter where we all end up, we will always be working on making more of them – whether that is together or apart, only time will tell. To then finally say farewell, we have kindly borrowed the words of H.P. Lovecraft:

“That is not dead which can eternal lie,
yet with stranger aeons, even death may die.”

We are very happy to announce that our game has made it to Desura and is now available for pre-order! Click on this link to go there and buy a copy[www.desura.com]. The game will be officially released on September 2nd, but you can pre-order a copy beforehand!

If we are able to get the game greenlit, we will of course make sure that anyone who buys the game on Desura gets a Steam key for the game as soon as possible.

Thank you very much for your support thus far - and we hope you enjoy the game!

Read More
Description
First mate Frederick Kirk has just signed on aboard the container ship MS Aurora, for what’s supposed to be an uneventful voyage from Bergen, Norway to Plymouth, Massachusetts – but fate, the sea, and even their cargo seem to have other plans…

The Horror at MS Aurora is an interactive drama drawing inspiration all the way from H.P Lovecraft and Stephen King, to Heavy Rain and The Walking Dead. With cinematic gameplay, stylistic visuals, and a lush score performed by the Belarus Philharmonic Orchestra, it’s built to be an intense and immersive experience, no longer than your average friday-night horror flick.

Instead of having static cut-scenes to expose story, the cinematics are interactive, giving the player a measure of control. The player is faced with making choices and outcomes will vary depending on choice and performance.

This is horror as it should be; short, intense, and immersive.

12 O'clock Studios is a small, Sweden based indie studio. We're passionate about games and we're trying to create something we ourselves would love to play; a cool experience that isn't too long but still leaves a mark. Thank you so much for supporting us in making our dream of releasing our labor of love on Steam more than just a dream!
Popular Discussions View All (2)

SakimotoFanboy  [author] Mar 11, 2015 @ 5:26am
Hey Christina! As you can see from our announcement page, 12 O'clock Studios has shut its doors. We're sorry! Hopefully those who have moved on to other things will one day have something new for you to look at.

Darkneko Mar 10, 2015 @ 10:28pm
Hi!My name is Christina Migliara and here my youtube channel where i vlog about video games and anime:https://www.youtube.com/channel/UCdPNUaZpUs_8cyNj_Fd4nYw . I am writing to you to ask if i can have review copy on your game? To promote your stuff