Greenlight > Games > Mastertronic's Workshop
Greenlight is being retired. For more information on how to submit games to steam, refer to this blog post.
This item has been removed from the community because it violates Steam Community & Content Guidelines. It is only visible to you. If you believe your item has been removed by mistake, please contact Steam Support.
This item is incompatible with Greenlight. Please see the instructions page for reasons why this item might not work within Greenlight.
Current visibility: Hidden
This item will only be visible to you, admins, and anyone marked as a creator.
Current visibility: Friends-only
This item will only be visible in searches to you, your friends, and admins.
Montague's Mount
Description Discussions6 Announcements6 Comments248 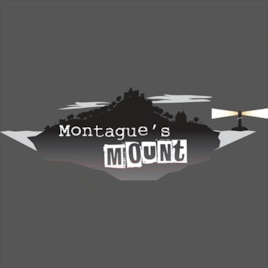 Mastertronic
Offline
See all 73 collections (some may be hidden)

View Montague's Mount in the store

Store page
Recent Announcements View All (6)
Montague’s Mount has been updated thanks to your feedback.
November 13, 2013 - The Royal Seal

Since the launch of Montague’s Mount on Get Games, GoG and GamersGate we’ve been listening to user feedback and working hard to make the enhancements you’ve asked for.

The story of Montague’s Mount and its people has been expanded with diary entries scattered around the island for you to find. We’ve also brought back Derek Riddell to record new voicework. See a preview here

- Added fully-voiced diary entries throughout island to expand story.
- Added invert mouse option.
- Added a toggle so that achievement text can be turned off.

We've also made some bug fixes:

- Fixed progression bug with cave opening objects getting stuck in inventory.
- Fixed the resolution being set too high on first boot so the game wasn’t displayed.
- Some minor text and other fixes.

If you own the DRM-free version of this title from Get Games, GoG or GamersGate an update will be released after the Steam launch.

Montague’s Mount is currently available as a DRM-free version from Good Old Games, Get Games and Gamersgate. So if you can’t wait for the Steam version you can get it at the links below:

Once again, big thank you to everyone! We couldn’t have done this without you!

The mixture of cold Atlantic water and coarse sand in your mouth brings you back from unconsciousness. Surrounded by the wreckage of a boat’s hull, you can only draw one conclusion: your vessel has been torn apart by the submerged rocks. The secrets of the island must be uncovered if you are ever going to find a way to escape. Where is everyone; is the island really uninhabited; what is lurking within the isolated caves; and what is that building on top of Montague’s Mount?
Can you handle the truth?

A disturbing psychological thriller set in the bleakness of an abandoned island, combining exploration, puzzle-solving and a poignant storyline.

You have been warned.

What people are saying:

Originally posted by Rock, Paper, Shotgun:
“…this is a puzzle game as much as it is a trip through memory and such, so there’s more to do than just wander the landscape feeling like you’re on holiday with my dad.”

Originally posted by Indie Statik:
“Anyone looking to lose their mind out of fear or pure adoration of the gentle Irish narrator should also head over to Steam Greenlight and give Montague’s Mount a thumbs-up.

By far the most appealing aspect of Montague’s Mount appears to be its atmospheric tone and storytelling.”

Originally posted by Brutal Gamer:
“The demo was relatively short, but left me wanting more. It certainly made me wish that this was what Dear Esther was like.

Probably one of the most atmospheric looking games at the Rezzed expo this year.”

Originally posted by Invision Game Community:
“…it is entirely fair to say that for a one-man project, Montague’s Mount blew me away.”
“Montague’s Mount is an inspiring creation from the mind of just one man. It is astounding to see what he alone has been able to achieve here and I wish the game every success. I look forward to having the chance to sit down and explore the mysteries of the island myself once the game is released, and would absolutely encourage people to support the game’s quest for a Steam Greenlight approval.”

Matt Clifton is a one-man development team. He explains what inspired him to create Montague’s Mount…

“It was born out of a love of both video games and cinema. Long before I ever sat down to create my first video game (approximately 20 years ago) I could be seen waving a camera at just about anything. Over the years, certain movies have captured my imagination, namely One Flew over the Cuckoo’s Nest, The Shining, The Blair Witch Project, and more recently, Shutter Island. All these films have a common thread of isolation, desolation and touch upon thought-provoking issues.

Current trends within the gaming world have left the market awash with horror-esque games; many of which revolve around shock tactics or gory visuals to get their message across. My goal with Montague's Mount is to turn the Horror genre on its head by giving the player a combination of clever puzzles, a thought-provoking story that touches upon real issues (such as mental health), and stays true to my love of cinematic visuals.

As the game is set in Ireland, I have embraced the Irish language (Gaeilge). I believe Montague's Mount is the first ever mainstream game to use the Irish language. English audio and subtitles are of course available.”
Popular Discussions View All (6)

Stevetor Nov 17, 2013 @ 4:00am
Congratulations Matt on the Greenlight. Hope the Steam launch is succesful.

Montague's Mount has been Greenlit and is now listed in the Steam store. For the latest information, purchase options, and discussions for Montague's Mount, please see it on the Steam Store or in the Steam Community.
Visit Store Page
For more details Visit Community Hub
For latest discussions
If you really, really want to, you can continue to the Greenlight page. Information on this page may be out of date, since all the action has moved to the areas noted above.