Greenlight > Games > iggy's Workshop
Greenlight is being retired. For more information on how to submit games to steam, refer to this blog post.
This item has been removed from the community because it violates Steam Community & Content Guidelines. It is only visible to you. If you believe your item has been removed by mistake, please contact Steam Support.
This item is incompatible with Greenlight. Please see the instructions page for reasons why this item might not work within Greenlight.
Current visibility: Hidden
This item will only be visible to you, admins, and anyone marked as a creator.
Current visibility: Friends-only
This item will only be visible in searches to you, your friends, and admins.
Abducted
Description Discussions0 Announcements2 Comments206 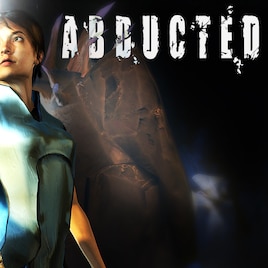 iggy
Offline
See all 58 collections (some may be hidden)

View Abducted in the store

Read More
Description
Release date: July 27, 2015
In Abducted you have one goal: Escape
Abducted is a game in which you play an ordinary person thrust into extraordinary circumstances. Abducted by aliens and taken thousands of light years from home, you have one ultimate goal: Escape. But you have so many unanswered questions… How did you get here? What is this place? Who took you and why?

Abducted is an action-adventure game with a focus on a deep storyline, immersive gameplay as well as a mixture of classic adventure game and RPG-lite mechanics.

The Arm
One of the most interesting and mysterious things you will do is interact with an alien computer embedded in your arm, which we simply call “The Arm.” Why and how the computer got there is a critical element of the story.

The Arm computer is your primary source of guidance and information. In truth, it’s your only friend and ally in an otherwise baffling and inhospitable world. You interact with your Arm computer by having conversations with it. We have developed a directed free-form conversation system that allows for near endless discussions. In Abducted the flow of conversation is player-driven and not predetermined. This is very different from games such as Mass Effect or Star Wars Knights Of the Old Republic where conversions are fixed in their structure.

What does this mean for you as the player? It means that you can discover things through conversation in a very dynamic way. You may uncover information about your environment that gives you interesting backstory, unlocks a new ability or upgrade, or even saves your life. However, you are never forced to use The Arm. You can have deep hour long conversations with it or you can ignore it entirely.

Manipulate
In Abducted the environment can be “manipulated” (moved) by the player. Manipulating objects is a mysterious power that The Arm gives to the player.

Some objects in the environment are deadly unless they are bent or moved by the player to keep them at a safe distance or otherwise restrain them from moving. Others may not obey your commands permanently so you must be wary of objects that may snap back with deadly consequences.

Manipulate is also upgradable, making it more powerful and affecting more objects or holding objects in place longer. If the player’s Manipulate skill is not high enough he/she may have to find other ways of solving a puzzle.

Pulse
Your Arm can fire a bolt of energy that will obliterate anything in its path. It is a scary and often unwieldy weapon that if left charging too long has the potential to explode, killing you and anything unlucky enough to be in the vicinity.

Upgrading your Pulse ability will let you use it more often and will unlock alternate modes of operation.

Exploration
In Abducted exploration is a mechanic in and of itself. The player has to combine critical thinking and his/her other abilities to successfully explore and travel through the environment without being injured or killed in the process.

Sometimes exploration and progression involves run-and-gun intense action where you must use your Shield and Pulse abilities to blast your way through flesh-eating bugs as big as your head. Death in Abducted doesn’t just happen from being eaten. It can also come from falling or being crushed or in other unforeseen ways.

Uncompromising Art
We may be indie, but we don’t intend on looking like it. Sunside uses advanced 3D techniques that are typically employed in modern AAA games, but we do this more rapidly and with lower cost than big studios. One example of this is the heroine Eve.

True Cinematic Gameplay
The camera in Abducted is controlled by a cinematic “director” AI system. This is not a typical over-the-shoulder third person view. Environments and levels are built with tracks similar to a movie set, with conditions that control how and where the camera will change and how it will respond as the player moves. This is designed with a high degree of control, giving the game a very cinematic and visceral feel. We use the camera to affect the mood and emotion of the scene and of the player.

Music and Sound FX
Music and sound effects are extremely important to our environment and horror theme. We have partnered with Voodoo Highway Music to produce all our music and sound for Abducted, and they have already created a large volume of amazing content for us. Music and sound effect queues are used to great effect throughout the game.
< >
206 Comments

MalkavianActs Jun 2, 2014 @ 9:25pm
CUSTOMIZATION THANK GOD ;_; Customization is a big deal to me thank you for having it in this awesome looking game

Abducted has been Greenlit and is now listed in the Steam store. For the latest information, purchase options, and discussions for Abducted, please see it on the Steam Store or in the Steam Community.
Visit Store Page
For more details Visit Community Hub
For latest discussions
If you really, really want to, you can continue to the Greenlight page. Information on this page may be out of date, since all the action has moved to the areas noted above.