Greenlight > Games > Logiworks's Workshop
Greenlight is being retired. For more information on how to submit games to steam, refer to this blog post.
This item has been removed from the community because it violates Steam Community & Content Guidelines. It is only visible to you. If you believe your item has been removed by mistake, please contact Steam Support.
This item is incompatible with Greenlight. Please see the instructions page for reasons why this item might not work within Greenlight.
Current visibility: Hidden
This item will only be visible to you, admins, and anyone marked as a creator.
Current visibility: Friends-only
This item will only be visible in searches to you, your friends, and admins.
Kingz Online
Description Discussions12 Announcements6 Comments428 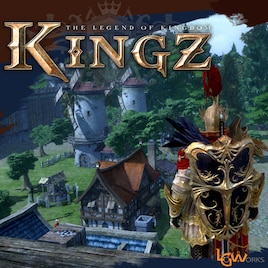 Logiworks
Offline
See all 54 collections (some may be hidden)
Recent Announcements View All (6)
We have been Greenlit!
December 4, 2013 - Logiworks

Thank you all for your support!
I just got news today that we have been Greenlit, thanks to all of our supporters!
We are working very hard at this time to finish Kingz and hope to meet all of you soon.
Can not tell you the exact launch date but we are working to finish it mid 2014.
Until then please keep up the support and I will keep you up to date!
Once again thank you all for your interest and support of Kingz!

I just wanted to inform you that we have updated a new play video of Kingz!
We have added a few new things into our game such as a new character
(the Beast Hunter which uses a bow and arrow) and made the interface a bit easier to understand.
We have also upgraded the graphics and have made the siege wars more strategic.
I hope this play video helps understand our game better and don't forget to vote YES!

Thank you for all of your support!

Story-wise, the Bizant Empire, the mightiest kingdom in the Lea Continent, gathered hidden clues about the creation of the world. Bizant waged war to take over God's power and your kingdom helplessly perished before Bizant's power.

You lost almost everything and drifted to Burnen. You decided to settle there and build your new kingdom. However, your kingdom will face many dangers: depredatory monsters, the Bizant Empire’s attempts toward continent unification, and chances of neighboring kingdoms' (especially of other players) sudden betrayal.

Build a variety of buildings and establish the most efficient military training system to raise your army. It is in your hands to attack other kingdoms or to be attacked by them.

User-friendly MMORPG Approach
Although Kingz Online does include strategic life simulation elements, players can enjoy the familiar MMORPG-type play in full. Go ahead and explore the fields for some MMORPG fun. Exciting adventures in extensive worlds with countless quests and all sorts of monsters await you.

Character-Specialized Classes
At launch, choose among Defender, Berserker, Beast Hunter, and Elementalist. Each class has a distinctive combat style, of course as well as unique characteristics in kingdom reign. (Another class is coming soon.)

Massive Siege Battle
You can wage Siege Battles with your own army. Jump into the battlefields where many soldiers are in the thick of the fight and exterminate your enemies! You have options to auto-play or to lead your men yourself and fight all over the battlefield. Forge allies with other players across the world, or defeat their army and loot their resources!

Convenient Card Integration System
Kingz Online offers you many ways to obtain Cards, such as quests, monster hunts, and siege wars. You can register these cards on an integration system called Card Book and use them, for example, for skill casting or troop placement. A very easy and immediate process. No need at all to bother locating NPCs to learn, delete or modify different skills.

In the beginning, the Creator created Astras, Demonias and the Ancient. He who spent all His energy to create the world, fell into an eternal sleep after He left the Emperor Stone to the Ancient. As they had found out about His doing, Astras and Demonias attacked the Ancient. And there was chaos across the world.

Thousands of years later... the Cardinal of the Bizant Empire, Innocent discovered ancient documents and learned about the Emperor Stone's power. Innocent started a war to gather the pieces. As a result, a chaos was stirred up once again in the Lea Continent.

Visit our homepage at http://www.kingzonline.co.kr/
Popular Discussions View All (12)