Greenlight > Games > 9heads's Workshop
Greenlight is being retired. For more information on how to submit games to steam, refer to this blog post.
This item has been removed from the community because it violates Steam Community & Content Guidelines. It is only visible to you. If you believe your item has been removed by mistake, please contact Steam Support.
This item is incompatible with Greenlight. Please see the instructions page for reasons why this item might not work within Greenlight.
Current visibility: Hidden
This item will only be visible to you, admins, and anyone marked as a creator.
Current visibility: Friends-only
This item will only be visible in searches to you, your friends, and admins.
Damned: A Randomized Online Competitive/Cooperative Horror Game
Description Discussions25 Announcements14 Comments1047 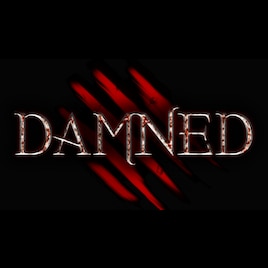 9heads
Offline
See all 166 collections (some may be hidden)


PS: This is update is mainly for corrections. :D

Hey, Damned just got updated to version 0.40b.

This is just a minor update, the big one containing a brand new monster and a completely different stage is coming soon!*

Originally posted by RockPaperShotgun.com:
{LINK REMOVED}...in Damned if things are happening then it’s because whomever is in control of the monster is right there in the room...That’s a really smart idea...

Originally posted by Kotaku.com:
What sounds really cool...is the stuff you can do while playing the monster.

Originally posted by Eurogamer.com:
...Damned has a unique premise...

Originally posted by Polygon.com:
...team up as the hunted or become the hunter...

Damned is a randomized online horror game for up to 5 players (4 survivors and 1 monster).
You’ll be able to play as one of the four people that got trapped inside this haunted hotel.
As a survivor your main objective will be finding your way out, as well as helping your fellows get out too. You’ll often find yourself on the edge, hearing and seeing ghostly things, trying to find keys and items to help in your escape. And sometimes you’ll find yourself running desperately from a monster, who’s there only to find and kill you and your friends.
You’ll also be able to play as the monster. You’ll assume an ethereal form, which you’ll use to haunt the survivors, triggering eerie noises and events. You’ll also assume a physical form, which will allow you to hunt down and kill the survivors trapped in the hotel. It’ll be your killing spree.

- What kind of horror game is Damned?

Damned explores the sense of being defenseless against a powerful supernatural force. The survivors can’t directly affect the monster in any way. When it’s there to get you, your only chance is to run and hide.
This perception of being defenseless is very strong, primal and terrifying, it builds up anxiety and makes you really scared, fearing any unexplained noise or movement.
This is how Damned creates horror in a multiplayer game session, and we believe it to be super effective! (tested and approved!)

- Where does the game takes place?

Damned takes place in a haunted hotel, abandoned in the 1920’s. This hotel was home to some gruesome murders in the past, which led people to abandon it, leaving this eerie building open to those who want to prove that ghosts doesn't exist (or that they do exist).

- Why is Damned a randomized game?

Every stage in Damned is randomized:
In another words, Damned is a randomized game because its stages, events, items and objects are randomized.

- Why is Damned a competitive and cooperative game?

Because in a full game, with 4 survivors and 1 monster, there’ll be a survivor “team” cooperating to try and escape together, and at the same time they’ll be competing against a monster, trying to avoid its traps and trying to flee from him and deny each one of its attempt to hunt and kill a survivor.

- How to play as a survivor?

As a survivor you’ll be cooperating with your friends (up to 4 survivors in a single game session):

- How to play as the monster?

As the monster, your game will be all about competing alone against the survivors team.
You’ll start in your ethereal form, where you can pass through doors and see clearly the environment around. While in the ethereal form, you won’t be able to see the survivors (you’re in another plane of existence), but you’ll still be able to trigger events to haunt them, like making the piano play by itself, creating random haunting noises like footsteps, or making the clock strike the twelve beats really loud.
Then, after regaining your powers, you’ll be able to assume your physical form. This state makes you able to use supernatural powers, see the survivors, their flashlights, and the mess they left when they passed by, hear their footsteps and noises, and most importantly, kill them to satisfy your need for blood. But you gotta be quick about it, because your physical form is tiresome and consumes your power quickly, forcing you into the ethereal state when it depletes.

- Why is Damned a project worth voting for?

Because it’s fun!
It’s really scary, you’ll find yourself on the edge a lot of times, trying to evade the monster or trying to pay closer attention because you don’t know if the sound you just heard is some random noise or if it is the monster haunting you.
It’s a real horror game, it explores deeply the feeling of being completely defenseless against a powerful force that can finish you easily. Your only choice is to run and hide!
And also because it’s really fun to play as the monster as well. You’ll keep haunting and building up anxiety in people, making them terribly scared of you. Then you’ll assume your physical form and hunt them down. We really put you in the skin of a classical horror movie monster.

- Are there other ways to help?

Sure, there are always other ways to help!
You can spread the news, tell your friends about how cool is Damned, share our Greenlight page on Facebook, Twitter and so on, tell people their vote is really important to us.

Any questions and/or suggestions? We want to hear your opinion, please contact us: contact@9heads.com

Damned: A Randomized Online Competitive/Cooperative Horror Game has been Greenlit and is now listed in the Steam store. For the latest information, purchase options, and discussions for Damned: A Randomized Online Competitive/Cooperative Horror Game, please see it on the Steam Store or in the Steam Community.
Visit Store Page
For more details Visit Community Hub
For latest discussions
If you really, really want to, you can continue to the Greenlight page. Information on this page may be out of date, since all the action has moved to the areas noted above.