Greenlight > Concepts > Eeyk's Workshop
Greenlight is being retired. For more information on how to submit games to steam, refer to this blog post.
This item has been removed from the community because it violates Steam Community & Content Guidelines. It is only visible to you. If you believe your item has been removed by mistake, please contact Steam Support.
This item is incompatible with Greenlight. Please see the instructions page for reasons why this item might not work within Greenlight.
Current visibility: Hidden
This item will only be visible to you, admins, and anyone marked as a creator.
Current visibility: Friends-only
This item will only be visible in searches to you, your friends, and admins.
Takano Story
Description Discussions0 Announcements11 Comments8 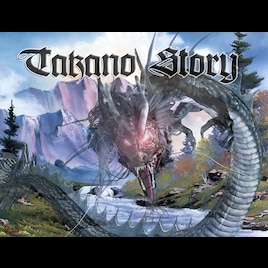 Because of the holiday is started we stop with the game till end of july.

Read More
Description
The animations you see here are not the animations that we will use.
but because the budget is limited, we now use standard animations and these will later replaced by really proffesional animations.

- * We know about the typographical error! in the screenshot.

Concept:
classic roleplaying game,
the concept is a traditional adventure which at least 6 hours of gameplay in it.
if the game is finished it will be a completely free to play game.

the game will be released in english language, and maybe later in other languages.

- Much mini-games.
- Epic action/drama/funny main story line.
- Own story choosing (choose how to play and what to say).
- Real time Weather system.
- Real time gameplay with time events!
- The story is written by a professional story writer. (have made 5 books in the netherlands)
- Crafting system.
- Character creation.
+ 4 playable races! Human / Elf / dwarf / The cats!
++ 10 playable classes!
- FREE TO PLAY

We currencly have no website but we are working on it.
Please let us know what you think and what you love to see in the game.

Eeyk  [author] May 8, 2013 @ 11:21am
The video you see here, is already outdated, but we can keep an option open for more character customization.

Seething Kobayashi May 7, 2013 @ 3:24am
This game seems pretty interesting so far. All of the noted features are great, and the character creation and ability to make your own choices are exetremly good ideas. One question though, how much will we be able to edit our character? Or will it be the same as shown in the first preview video? Either way, this looks like it'll unfold to be a neat adventure, so good luck!

pennyknell Apr 20, 2013 @ 7:58am
The dialogue is choppy. Most of the text has small translation errors. It makes reading the story jarring and not immersive. Recruit a native English speaker to help with that.

[Rpt]HellHound Apr 9, 2013 @ 3:31pm
It's creating on rpg maker? Then how
- Real time gameplay with time events!
this kind will work? If I remember, rpg maker can't realize real time battles. Or I miss somethink?
And yeah wont to see finished game .D Good luck with it!