Greenlight > Games > KING Art Games's Workshop
Greenlight is being retired. For more information on how to submit games to steam, refer to this blog post.
This item has been removed from the community because it violates Steam Community & Content Guidelines. It is only visible to you. If you believe your item has been removed by mistake, please contact Steam Support.
This item is incompatible with Greenlight. Please see the instructions page for reasons why this item might not work within Greenlight.
Current visibility: Hidden
This item will only be visible to you, admins, and anyone marked as a creator.
Current visibility: Friends-only
This item will only be visible in searches to you, your friends, and admins.
Battle Worlds: Kronos
Description Discussions9 Announcements2 Comments737 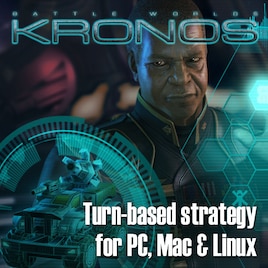 If you want to know more about the game or join the community, please visit our web-site at http://www.battle-worlds.com

In our development forum you share your ideas and whishes with other turn-based enthusiasts: http://forum.kingart-games.com

If you buy the game on Kickstarter NOW, you'll get it cheaper, earlier (you'll get Alpha and Beta versions) and you'll get a Steam code for the game when it's done. So please help us reaching our stretch-goals!

Our Vision
Have you ever wondered what games like Battle Isle, Advance Wars or the SSI classics would look like today? Well, we did. As a result, we decided to develope Battle Worlds: Kronos. For ourselves, for you and for all other gamers out there interested in turn-based strategy and its unique gameplay.

Our Kickstarter campaign
We are currently running a Kickstarter-campaign for Battle Worlds: Kronos. Kickstarter is a crowd-funding platform that helps indie-developers like us to raise money for their projects. The game has already been funded but we're trying to reach ambitious stretch-goals.

Please visit our Kickstarter site and help us making the game even better: http://www.kickstarter.com/projects/kingartgames/battle-worlds-kronos-turn-based-strategy-revisited

Of course, if we get on Steam, we'll try to provide all backers who are interested with a Steam key for the game.

The Features
We are developing a game we are passionate about: turn-based gameplay, pure and simple; a strategy game for experienced gamers. A stand-alone game for PC, Mac and Linux, that can also be played in all relevant browsers via plug-in.

With Battle Worlds: Kronos you'll get:

The game will be released in the fourth quarter of 2013 for PC, Mac & Linux.

Open Development / Join the community
As a backer of this project you'll get Alpha and Beta versions of the game (depending on your pledge level). We try to get as much feedback as possible from the community. If you're interested in helping us making the game or if you want to take a look behind the curtains, visit our development forum at {LINK REMOVED}http://forums.kingart-games.com

Hexagon Mar 3, 2014 @ 12:54am
If you like turn based RTS, you won't find any better game than Kronos if you are looking for similiar product developed in 2013/2014. Game is Fun as hell and challenging

@Artemis3 you kinda can, look at frozen synapse

Battle Worlds: Kronos has been Greenlit and is now listed in the Steam store. For the latest information, purchase options, and discussions for Battle Worlds: Kronos, please see it on the Steam Store or in the Steam Community.
Visit Store Page
For more details Visit Community Hub
For latest discussions
If you really, really want to, you can continue to the Greenlight page. Information on this page may be out of date, since all the action has moved to the areas noted above.