Greenlight > Games > Untoldent's Workshop
Greenlight is being retired. For more information on how to submit games to steam, refer to this blog post.
This item has been removed from the community because it violates Steam Community & Content Guidelines. It is only visible to you. If you believe your item has been removed by mistake, please contact Steam Support.
This item is incompatible with Greenlight. Please see the instructions page for reasons why this item might not work within Greenlight.
Current visibility: Hidden
This item will only be visible to you, admins, and anyone marked as a creator.
Current visibility: Friends-only
This item will only be visible in searches to you, your friends, and admins.
Spellirium
Description Discussions0 Announcements29 Comments106 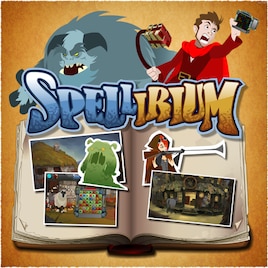 Untoldent
Offline
See all 16 collections (some may be hidden)
Recent Announcements View All (29)
Success!
December 13, 2013 - Untoldent

As you can see from the banner at the top of the page, Spellirium has been greenlit!

Massive thanks to all of you who voted for the game, and who supported us through our crowdfunding campaign. We loved meeting you at PAX Prime, Wordplay, GDC Play, TCAF, Bit Bazaar, and all the other expos where the game has found its audience.

Spellirium alpha backers will, of course, receive Steam keys for the game. It's not too late to become a backer! Head over to spellirium.com to lend your support.

We were there for a good time - not for a long time! Spellirium was featured in the PAX Prime Indie Megabooth for one day only last Friday. We met a number of new fans and backers (some of whom have upvoted the game on Greenlight - thank you!) Ryan even dressed up in fancy threads: 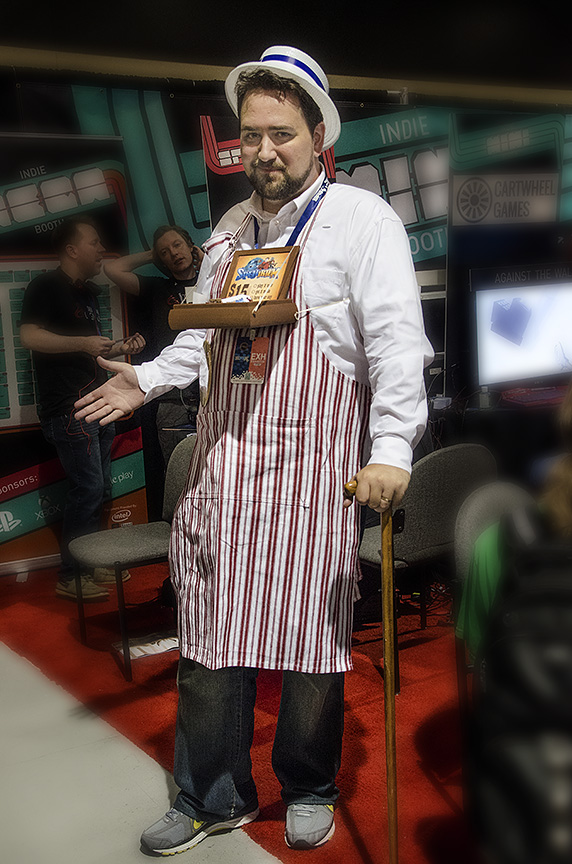 Our next goal is to get v0.37 out to you which includes, among other things, an improved crafting system, new powerups, letter scores, added tutorials, and a whole boatload o' bug fixes. You'll also be able to mess around with the source code in the new version, so make some space in your You Tubez!

Use a letter grid to solve puzzles. To shear a sheep, spell words synonymous with "CUT" (TRIM, CLIP, CHOP, BUZZ, DENUDE). Dye the wool red by spelling words using only the red letter tiles. Spin the wool on a broken spinning wheel by building words in a circular motion - across, down, back, and up. Use your vocabulary to defeat an array of creatures, including a two-headed monster that can only be defeated by spelling palindromes (RADAR, EWE, KAYAK), and a big-eared creature that takes damage from onomatopoeia (CRASH, BANG, BOOM).

Explore an amazing hand-painted "trashpunk" world where everything is built out of discarded "findage" - relics dug up from the Once.

Spell Me a Story
Reading and writing are outlawed, and Todd, an apprentice Runekeeper, is one of the only literate people remaining in the ruined world. When the Runekeepers leave on an important mission and one of them turns up dead, Todd inherits a mysterious device that can impact reality when he uses it to spell words. By teaming up with a shaggy blue monster, a hardened Hunter, and an obnoxious Bard, Todd ventures out to warn the other Runekeepers. But the shocking discovery he makes about his friends and himself threatens to tear his already fragile world apart.

Originally posted by Tim Schafer:
If Loom and Boggle had a baby, and then let you mess with the source code. From the makers of Ponycorn Adventure!

Originally posted by JayIsGames.com:
beyond gorgeous … gloriously grim and quirky.

Originally posted by Gamezebo.com:
This just shot to the top of my “can’t wait to play” list

HKEY_LOVECRAFT Jun 4, 2015 @ 4:00pm
That lack of updates here and via e-mail to those of us who pre-ordered/backed the game is concerning, to say the least.

Stoibs May 20, 2015 @ 3:30pm
I barely remember actually pre-order/Pre-funding this game back in 2013.
What the hell is going on? Their Website doesn't even load anymore. Classy

This thing dead and they scammed us of our money I guess?

SnowieOwl Apr 5, 2015 @ 9:33pm
There's been little announced in a year. Untold Entertainment Inc. spawned a sister company working on real-life escape games now. Here's to hoping it's just a delay. Maybe Ryan Creighton made a game so hard the rest of the crew is still trying to work their way out of it... I could see him going all Saw on us.

yourlocalsavior Sep 7, 2013 @ 1:44pm
Love the concept! Bought the alpha at PAX and started playing it. It's super fun! Keep up the good work, guys!