Greenlight > Games > Mc.Sug4r's Workshop
Greenlight is being retired. For more information on how to submit games to steam, refer to this blog post.
This item has been removed from the community because it violates Steam Community & Content Guidelines. It is only visible to you. If you believe your item has been removed by mistake, please contact Steam Support.
This item is incompatible with Greenlight. Please see the instructions page for reasons why this item might not work within Greenlight.
Current visibility: Hidden
This item will only be visible to you, admins, and anyone marked as a creator.
Current visibility: Friends-only
This item will only be visible in searches to you, your friends, and admins.
Operation Black Mesa
Description Discussions119 Announcements18 Comments4048 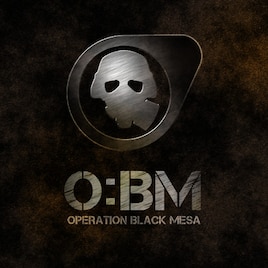 Hey everyone! In case you missed it, we had a large media release back on June 15th.

You can view the original post on our forums, as well as on our moddb page.

If you haven't seen it already, we posted a small media release consisting of a few Level Design screenshots, a handful of props, and a short video showing work on a system that realistically drops discarded mags based on the weapons animation.

You can check out the media release either on our forums or on our moddb page. Links below:
Moddb: https://www.moddb.com/mods/operation-black-mesa/news/july-2019-media-update
Forums: https://tripminestudios.com/community/index.php?thread/2456-june-2019-update/

I also updated my running dev blog if that interests anyone:
https://tripminestudios.com/community/index.php?thread/1285-eggs-prop-party/&postID=49246#post49246

Operation Black Mesa is a total remake of Half-Life: Opposing Force. Utilizing the Source engine, Tripmine Studios plans to recreate the Black Mesa Research Facility from the ground up, as seen by the protagonist, Adrian Shephard.

This project is not related to the Black Mesa project, a remake of the original Half-Life. For more details, please read FAQ at our website: {LINK REMOVED}http://tripminestudios.com/forum/about.php

VALVe software originally had plans to port Half-Life: Opposing Force into the Source engine (announced at E3 2004) much like Half-Life: Source. However, seeing the results of Half-Life: Source, we decided to take the task into our own hands.
If we manage to get our game on Steam, it won’t only bring in the advantages in form of SteamWorks implementation, easy installation and automatic updates, but also will help to make the community around the game much bigger. That will bring many advantages, including populated servers in the multiplayer. While on Steam, the game would be available up to 50 milion customers using the Steam services!

Planned Features
________________________________________
• As a total conversion mod, Operation Black Mesa aims to be composed custom content entirely.
• All original maps re-created and re-envisioned for better realism and gameplay.
• Some maps are enlarged / extended to create a more lengthy and immersive experience.
• Improved AI, making enemies smarter and combat more dynamic.
• More enemy encounters to keep the action fresh.
• Scripted scenes with all the original Opposing Force characters to help bring the story to life.
• Textures and models pushing the limits of the Source engine, to bring you as much artistic detail as possible.
• New voice acting, new sound assets and a new soundtrack.
• Multiplayer that will bring back the classic gameplay, but also many new features, maps and game modes!
• Guard Duty, a remake of Half-Life: Blue shift is also being developed as DLC for Operation: Black Mesa.
< >
4,048 Comments