Store Page
Prison Architect > Guides > murgh's Guides
This item has been removed from the community because it violates Steam Community & Content Guidelines. It is only visible to you. If you believe your item has been removed by mistake, please contact Steam Support.
This item is incompatible with Prison Architect. Please see the instructions page for reasons why this item might not work within Prison Architect.
Current visibility: Hidden
This item will only be visible to you, admins, and anyone marked as a creator.
Current visibility: Friends-only
This item will only be visible in searches to you, your friends, and admins.

Installing mods manually
By murgh
This guide will show you how to install mods manually. The method described will work for both the Steam and the offline version of Prison Architect. Downloading mods without going through the subscribe process and getting it via the game itself can be very handy for modders. For instance, if you need to quickly verify if some mod might be interfering with your own mods when somebody asks you. Simply get the mod, check its files and you have your answer ready in no-time. No need to subscribe, fire up the game, waiting for the intro prison to load, downloading the mod, quitting the game, finding the data folder, etcetera... Other cases include having only an offline version of the game and you want access to this content to play with mods without an internet connection.

Rename and unpack with WinRAR

Comments
Locate the data folder
First of all, let's open the folder where all the user data is stored for the game.
To do this, start the game, click on Options, and click Open Save Folder. 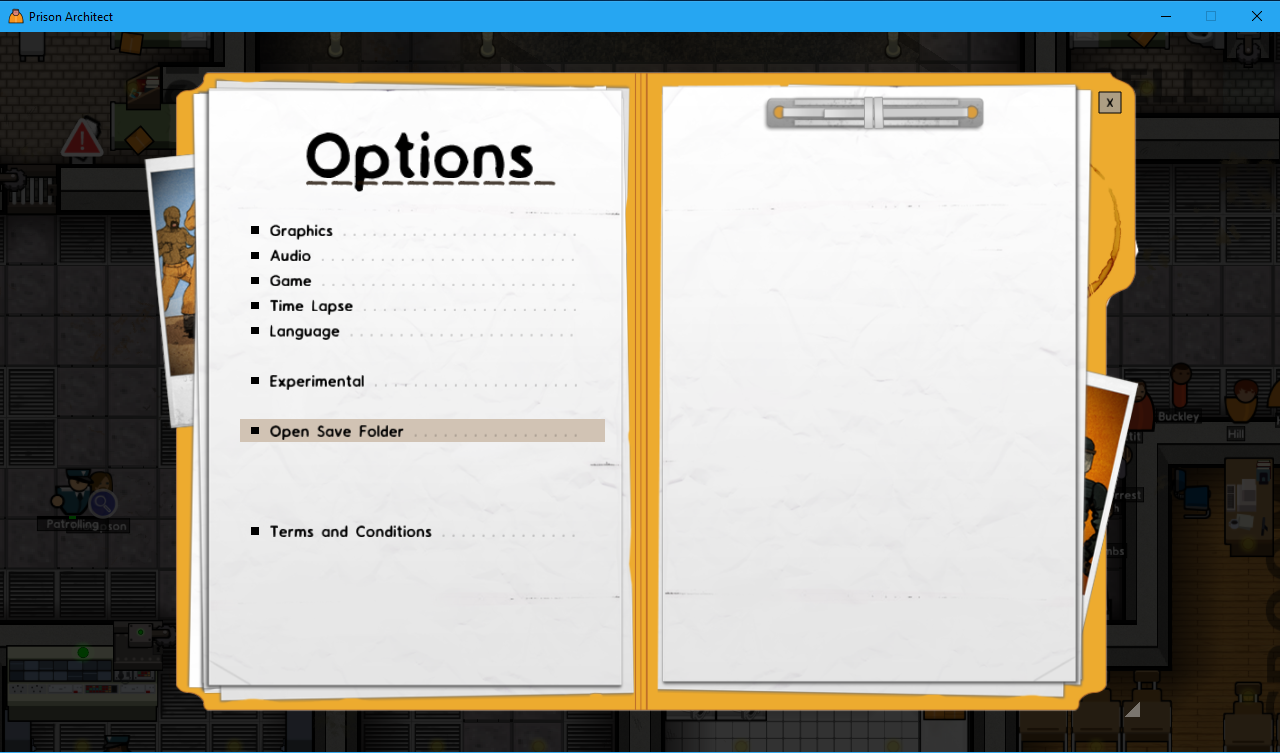 Windows Explorer will open, and you can now close the game. 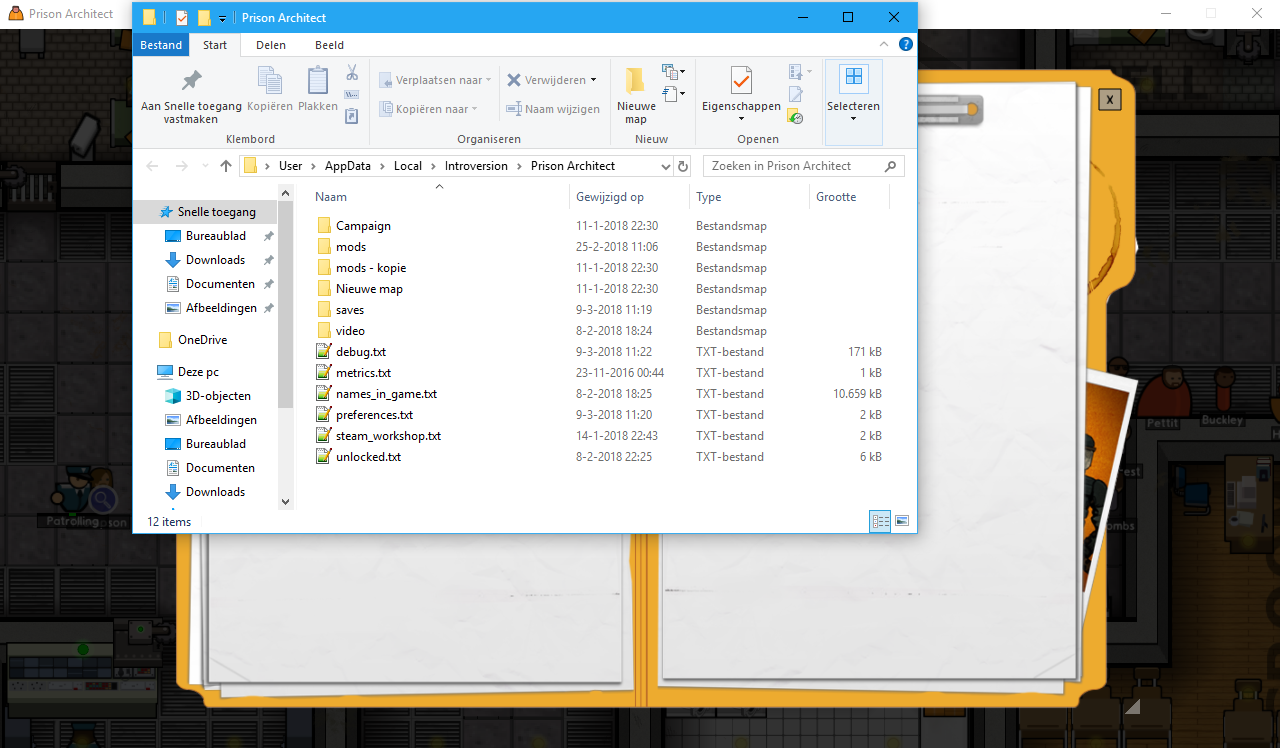 To make things easier for you next time, create a shortcut to this map:
- go one level up in the folder structure, click and drag the PA folder to the left side.
- when it says 'Add to quick access' and shows you a line where to put it, let go of the mouse. 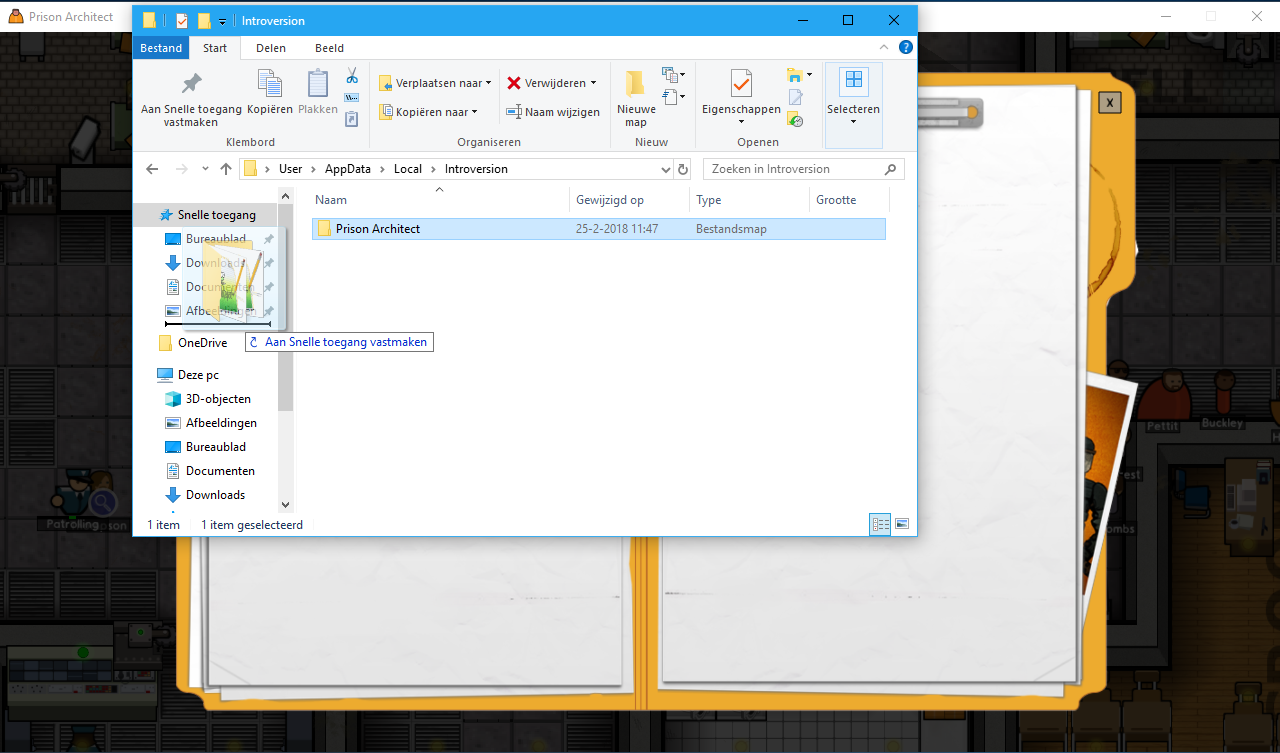 You will now have quick access to this hidden folder so you can get to it the easy way. 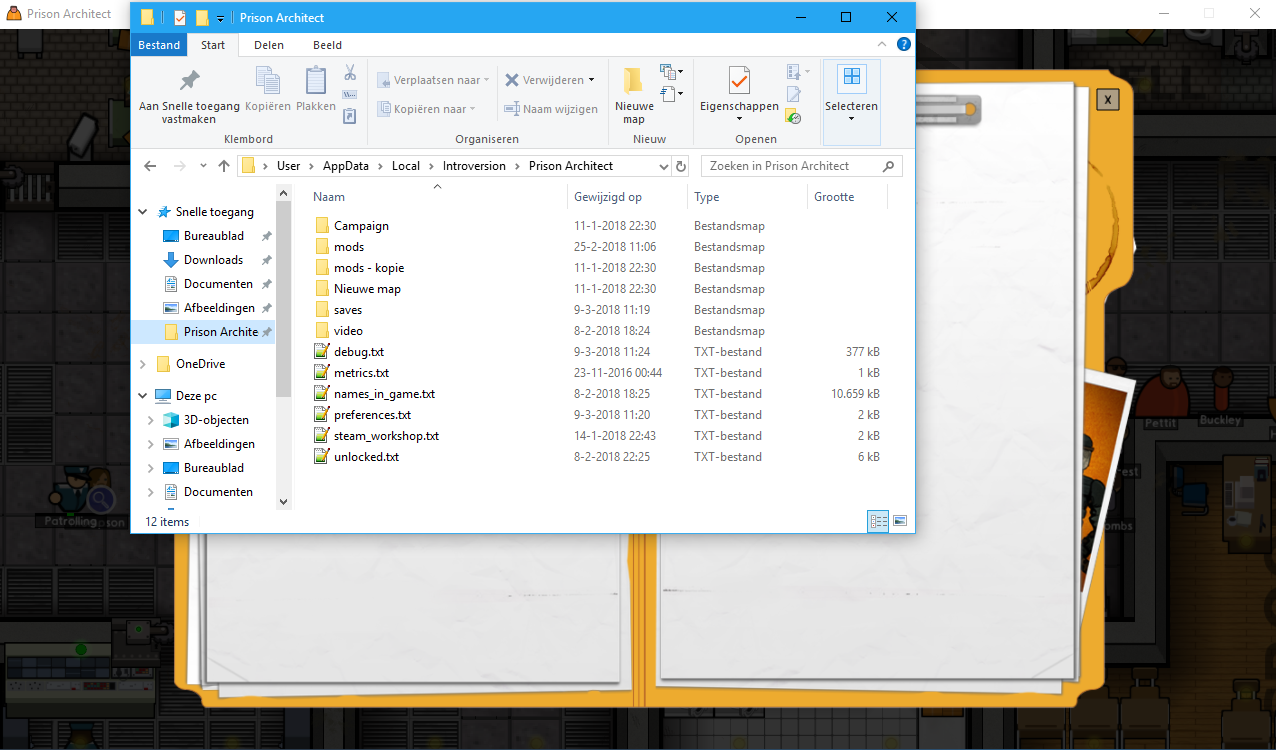 Download the mods you like to have
Open your favourite webbrowser and go to the Steam workshop page.
You don't need to be logged in to view the workshop.
The URL is http://steamcommunity.com/app/233450/workshop/ 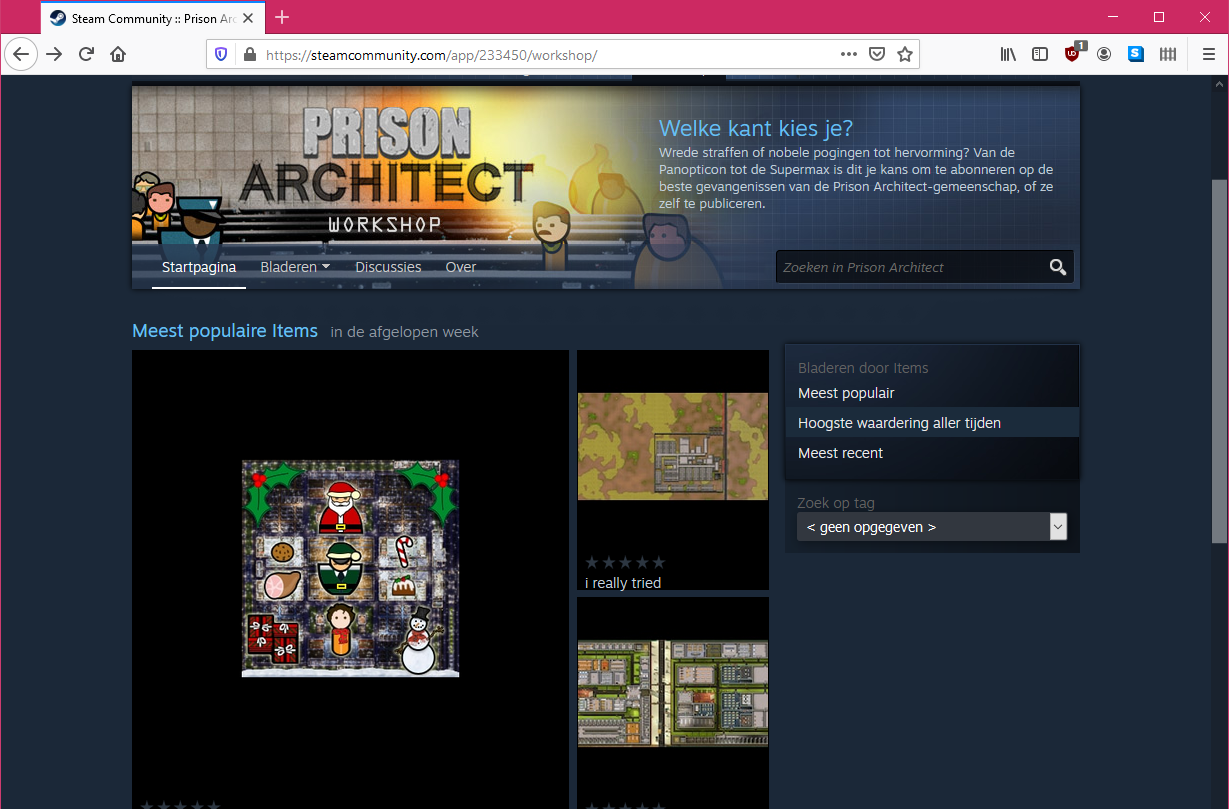 Next, browse to the mod you like to have, and copy the URL from the top bar. 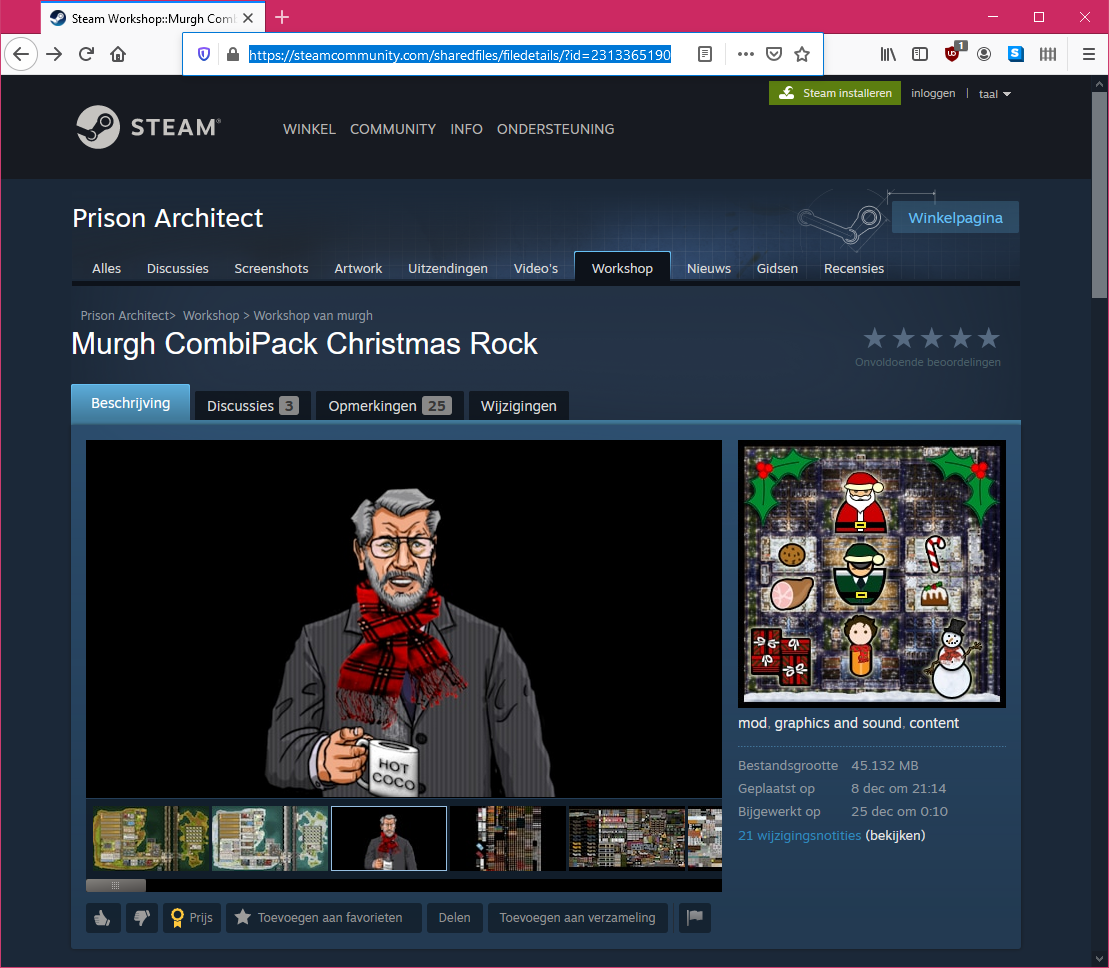 Open a new tab, and go to:
http://steamworkshopdownloader.io

Select 'No Extraction' & 'Direct URL', paste the URL of the workshop item and download the mod. 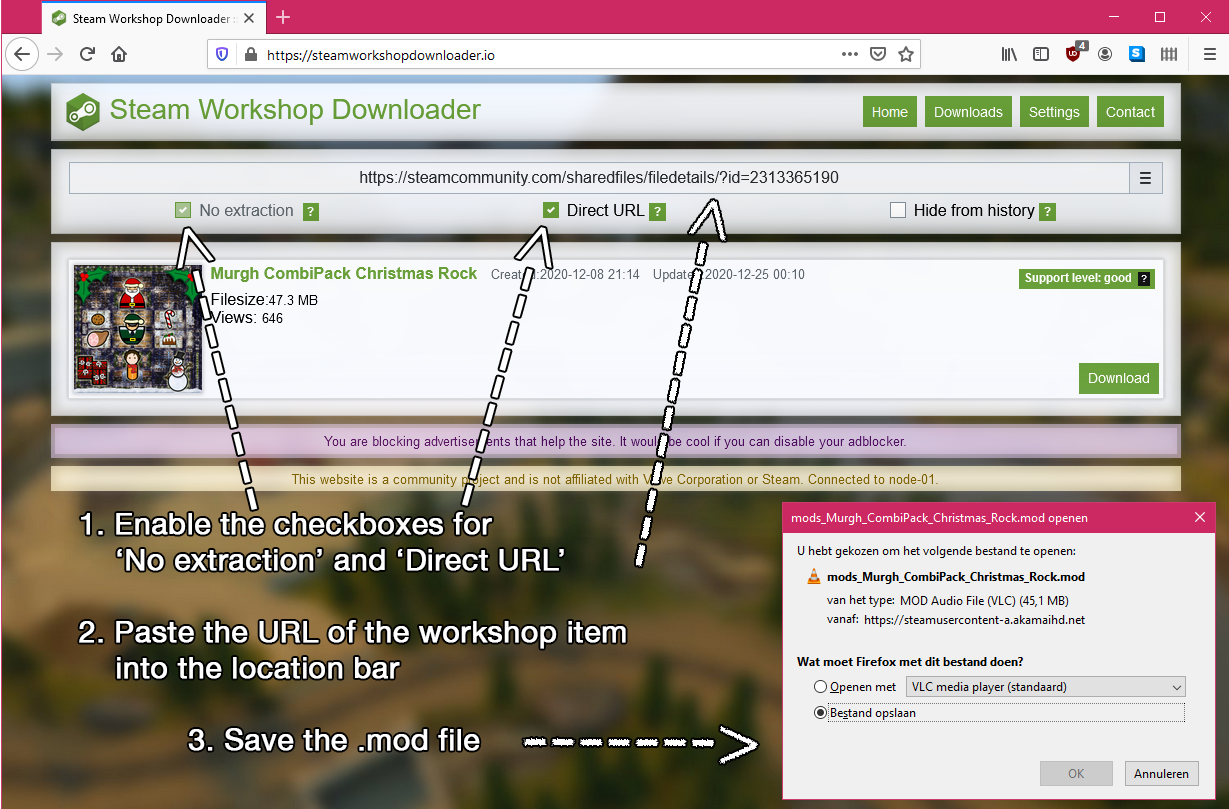 Rename and unpack with WinRAR
Once you've downloaded the file, you will need to do some tricks to unpack it.
First of all, WinRAR is required. Other zip programs will NOT be able to unpack.
Don't waste your time with trying 7zip or the windows built-in zip manager, they will NOT work.
Go to https://www.rarlab.com/ and download/install WinRAR if you haven't done so already.

Next, rightclick the mod you downloaded and click Properties.
Sometimes it will download as a .mod and sometimes it will be a .zip
This probably depends on the age of the mod, or the way how Steam handles mods, I have no clue.
It doesn't matter, just be sure to rename a .mod to .zip when it downloads that way. 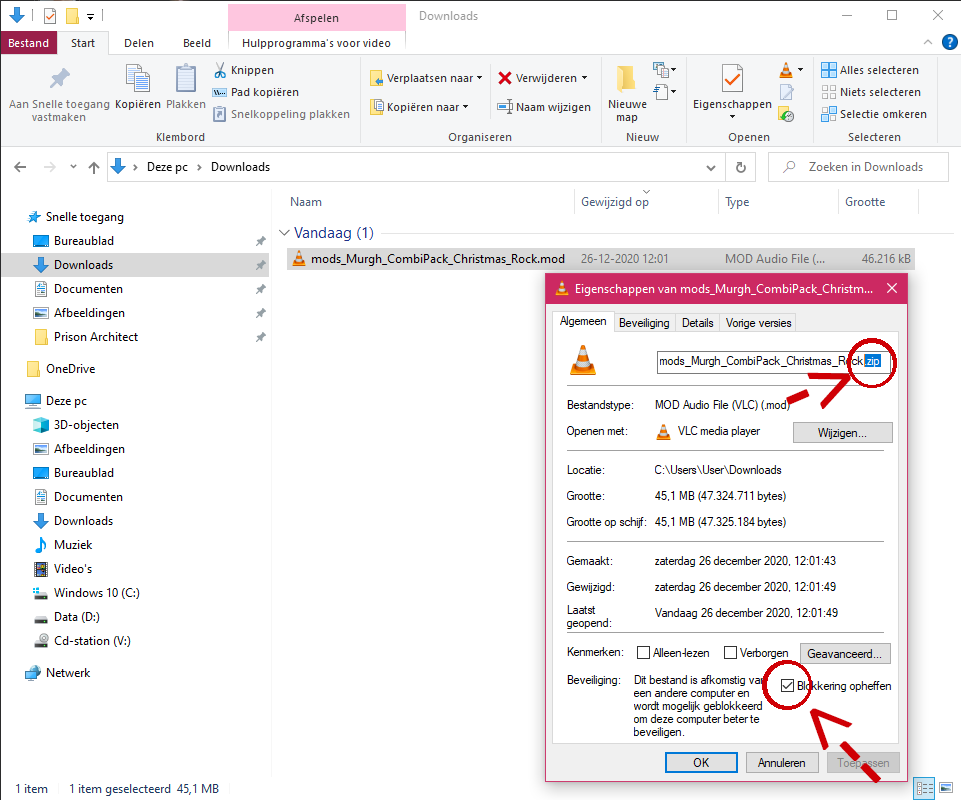 The mod is now ready to be unpacked. Rightclick on the file, and click on the WinRAR menu item 'Extract to [the name of the mod]' like shown in the picture, so it will unpack to a new folder. 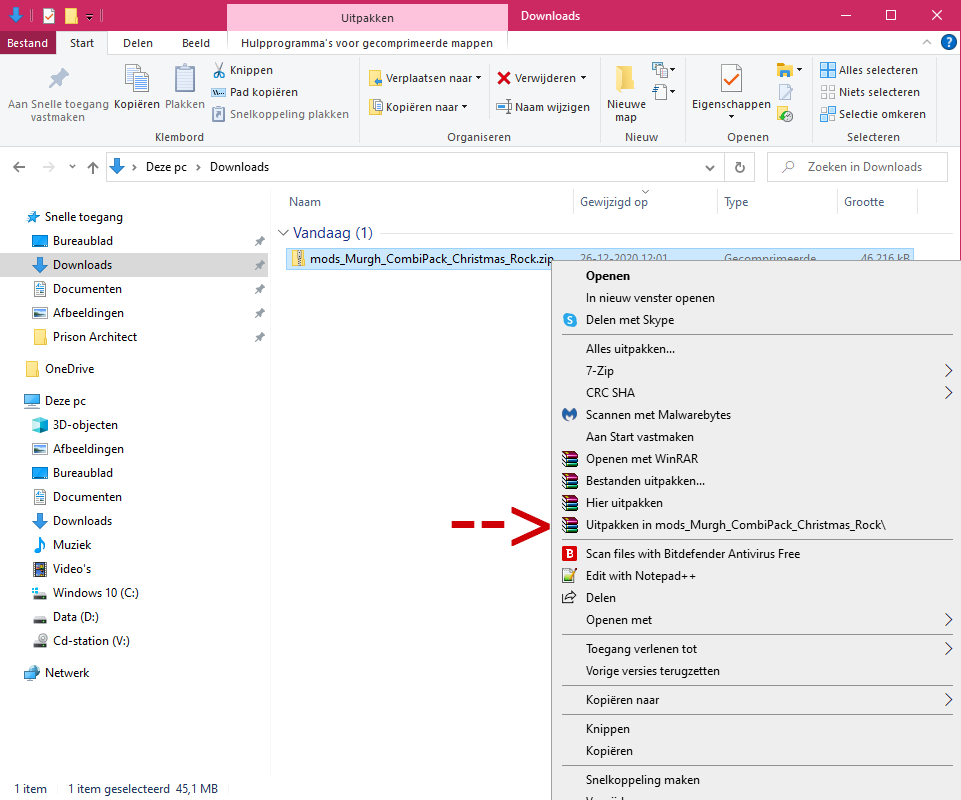 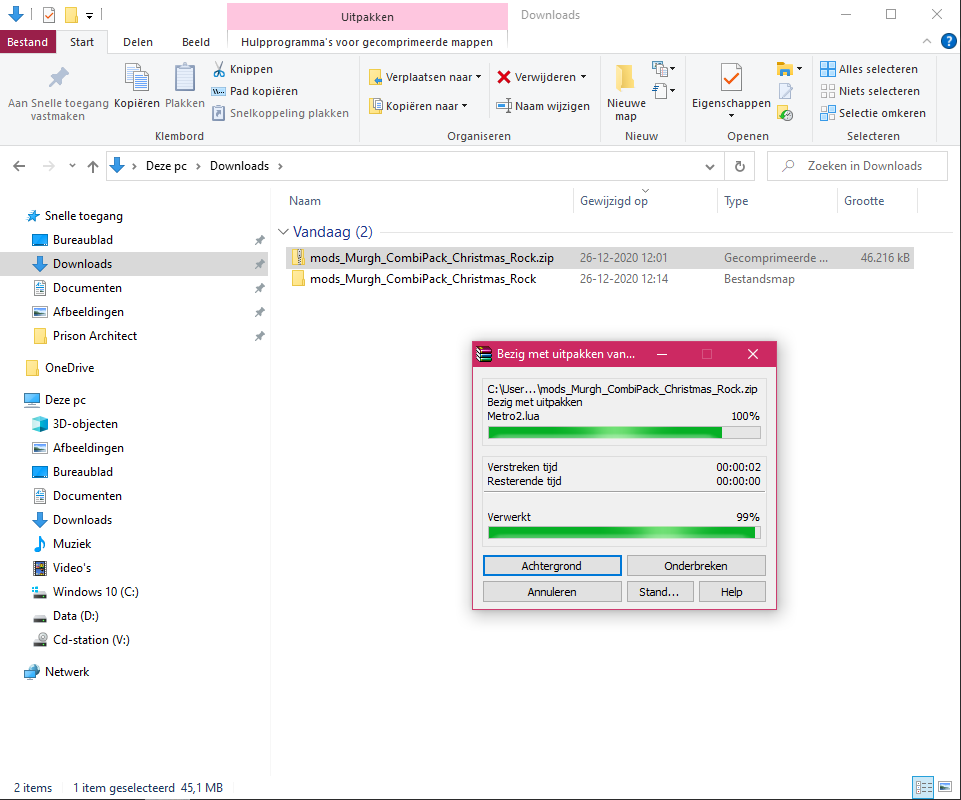 Move unpacked mod
Once you unpacked the mod, have a look inside its folder to see if everything is correct.
Typically you will see a 'data' folder and a manifest.txt inside the main folder.

Inside the 'data' folder are some .txt files, perhaps a sprites.png or other stuff, and language or scripts folders. When this all looks ok (instead of empty folders or files being shown as folders) you can move the unpacked mod into your mods folder.

Right-click the unpacked folder and select Cut, then click on the Prison Architect quick access to the left side.
Double-click the 'mods' folder, and Paste your mod in there. Be sure to paste it in the 'mods' folder itself and not in some already existing mod inside!

You could also open another Explorer window, keep them side by side, then click and drag the unpacked folder from one window into the other. It's all up to you.

Each folder inside the 'mods' folder is a separate mod. Folder names starting with a number have been downloaded via the game. These numbers correspond to the number in the URL of the workshop item. I'm not sure if the next step is needed, but check if your manually unpacked mod folder name starts with 'mods_' like shown in the picture. Rename it if it doesn't, so it will work for sure. 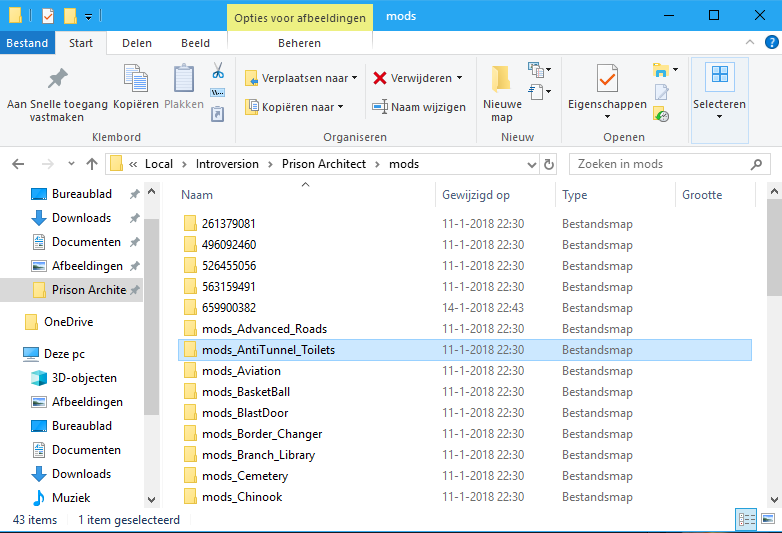 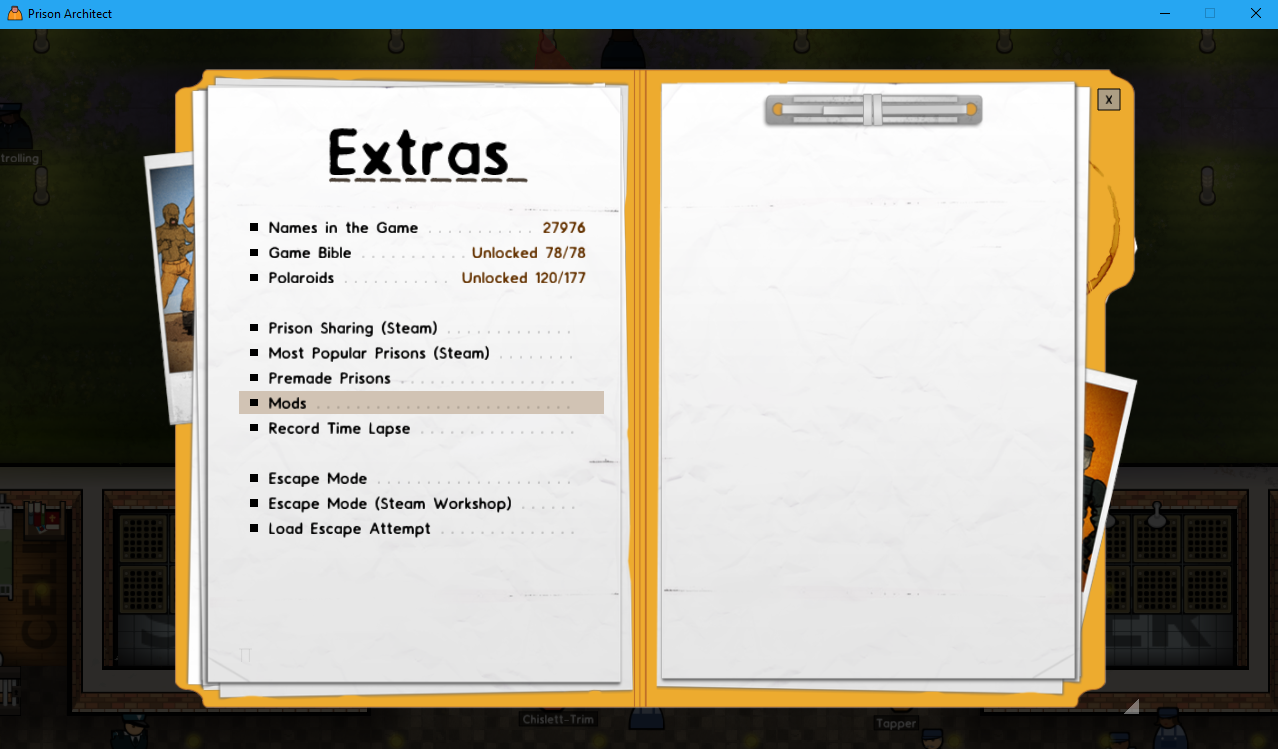 Select the mod, tick it's checkbox behind the name so it moves to the Active list on top.
Then click Apply. 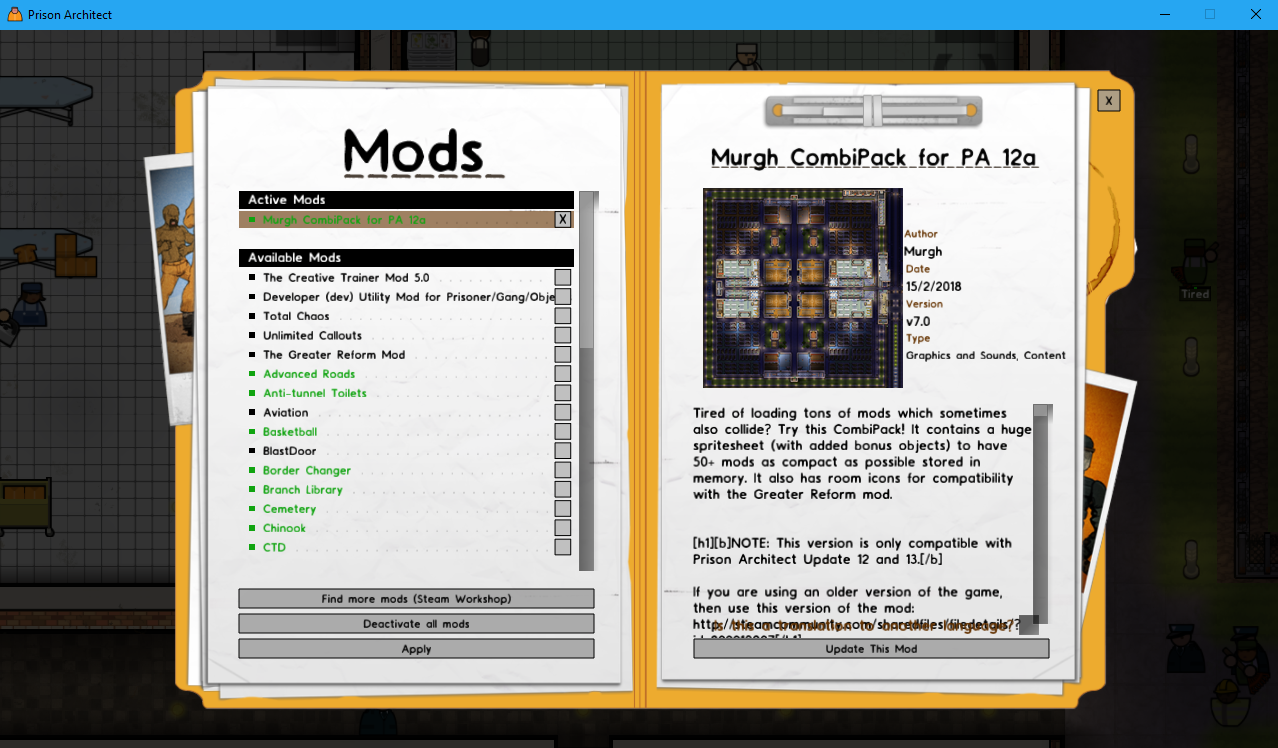 Compatibility issues
Not all mods will be compatible with each other or with the current game version:


Special files which can mess up when they get outdated include:

So if you have strange problems, check if one of your mods is altering these files.
Sometimes the author isn't aware, so it's a good thing to leave a comment on the workshop item if you suspect a mod from being outdated.
Remove mods manually
In addition I also have a guide for you showing how to remove mods manually:
https://steamcommunity.com/sharedfiles/filedetails/?id=1918148552
< >
16 Comments

MoonMoon May 18, 2020 @ 10:04am
I was downloading a mod for space engineers, i noticed 2 things. 1 is that while using the .io site, instead of using winrar you can check the box for direct download (no extraction) which will give you the file that winrar would. 2 is that the file i got was a .tmp file that seemed useless until i used 7zip to look inside which contained the files i needed.

jtgibson Oct 5, 2019 @ 9:58am
@andoblock: If you're still stuck, AoW3 .taf files are archives that are processed by the game's launcher. Put those files in /Documents/My Games/AoW3/UserContent and then run the launcher from the game folder (don't bother with the package manager -- that's for making rather than installing mods). It will decompile the .taf into a subfolder for you, deleting the file (but moving a backup copy of that file into the subfolder).

You can safely delete preferences.txt to reset all game options, PA will simply recreate this file upon launch with default settings.

You can edit the preferences.txt with notepad to change all game options or edit the loaded mods list as well: