Greenlight > Games > Mode 7 Games's Workshop
Greenlight is being retired. For more information on how to submit games to steam, refer to this blog post.
This item has been removed from the community because it violates Steam Community & Content Guidelines. It is only visible to you. If you believe your item has been removed by mistake, please contact Steam Support.
This item is incompatible with Greenlight. Please see the instructions page for reasons why this item might not work within Greenlight.
Current visibility: Hidden
This item will only be visible to you, admins, and anyone marked as a creator.
Current visibility: Friends-only
This item will only be visible in searches to you, your friends, and admins.
Frozen Endzone
Description Discussions31 Announcements26 Comments711 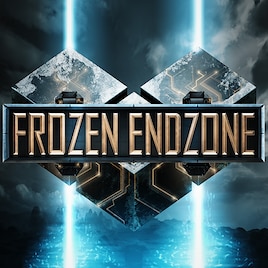 View Frozen Endzone in the store

Well, thanks to you lot, we are finally bringing Frozen Endzone to Steam! If you haven't picked up a copy yet, we'd love you to head over to http://store.steampowered.com/app/237350/ tomorrow from 5pm GMT and grab yourself the Early Access version.

If you have an existing beta key, you can add it to Steam now and it will unlock then.

There's a big update on the way as well - check out the trailer and info on the Steam store page for more details.

We're proud of this version but we have a long way to go. The big single player campaign mode, which will take place in a huge simulated league where you can track your player's movements and behaviour off the pitch, take part in league intrigues and generally explore the cuthroat world of futuresports, will kick off development shortly after this release.

We still have a lot of customisation features, animation and art to go into the game so every copy purchased helps us on our way to that goal. This is pretty tough project but we're absolutely committed to creating an awesome unique strategy game.

We've started our pre-order beta over at www.frozenendzone.com

You can see a whole new trailer over there which includes an entire casted match.

You'll get a Steam key with every purchase and when the game goes live on Early Access next year, you'll be able to add it to Steam.

Thanks for the support so far - we really appreciate it.

It combines the strategic depth of Frozen Synapse with an elegant interface, completely original creative gameplay and a thrilling futuristic aesthetic.

Two teams face off in a randomly-generated situation. You must design a play to get the ball into your opponent's endzone, using the stadium's terrain to your advantage.

Trailer music is "Holding Fire" by nervous_testpilot from the Frozen Endzone OST.

Features
About Mode 7
Mode 7 are an indie development studio based in Oxford, UK.

Their previous title, Frozen Synapse, was a simultaneous-turn-based strategy game. It won the Independent Games Festival Audience Award, as well as PC Gamer’s Strategy Game of the Year.

Launch date
Frozen Endzone will launch in 2014, but a beta will almost certainly be available this year.

Free Trailer Music
Download the music from the trailer for free at {LINK REMOVED}http://www.frozenendzone.com/greenlightTrack
< >
711 Comments

Becof Jul 9, 2014 @ 2:49am
"Friendzoned"
Wow, to get thrown out into a war like that someone rich must have friendzoned you.

Frozen Endzone has been Greenlit and is now listed in the Steam store. For the latest information, purchase options, and discussions for Frozen Endzone, please see it on the Steam Store or in the Steam Community.
Visit Store Page
For more details Visit Community Hub
For latest discussions
If you really, really want to, you can continue to the Greenlight page. Information on this page may be out of date, since all the action has moved to the areas noted above.