Greenlight > Games > La Moustache Studio's Workshop
Greenlight is being retired. For more information on how to submit games to steam, refer to this blog post.
This item has been removed from the community because it violates Steam Community & Content Guidelines. It is only visible to you. If you believe your item has been removed by mistake, please contact Steam Support.
This item is incompatible with Greenlight. Please see the instructions page for reasons why this item might not work within Greenlight.
Current visibility: Hidden
This item will only be visible to you, admins, and anyone marked as a creator.
Current visibility: Friends-only
This item will only be visible in searches to you, your friends, and admins.
BOMB
Description Discussions2 Announcements11 Comments246 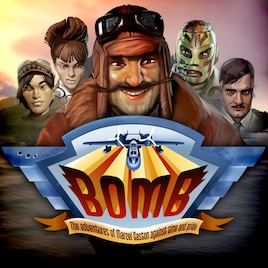 View BOMB in the store

Store page
Recent Announcements View All (11)
Update MkIIIr
December 26, 2014 - La Moustache Studio
tl;dr; BOMB will come out from early access on January 2015.
We have missed our December release window (i.e. before Steam’s Christmas sales) because the Mac version is not ready for prime time. So close to the end, it’s very important for us to release the game in a suitable state.

Also, we are experiencing trouble making the dedicated server work on Steam, but it’s getting solved. Expect it in a few days. However, before it's available for everyone, we'll try to have one on-line as often as possible.

Tutorial
We've made a first customization tutorial about how to create your own skins.[blog.lamoustache-studio.fr]

FAQ
The FAQ has also been updated.

It was longer than we thought, but it's finally here.

And some extra screenshots ! 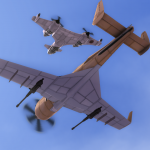 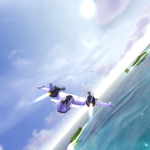 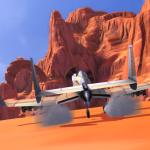 [blog.lamoustache-studio.fr]
Read More
Description
Release date: Available on Steam
The adventures of Marcel Gaston against time and pride
Enjoy the dogfight thrill with fantasy planes and big guns both in a single player campaign and multi player battles. Moustaches and ladies are complimentary!

The game is now available in early access on Steam.
You can follow the game development on our blog :http://blog.lamoustache-studio.fr/
Popular Discussions View All (2)

Half-Mod Aug 10, 2014 @ 8:49pm
Im curious but does this take any form of inspiration from the best selling X-Box title Crimson skies: high roads to revenge?

La Moustache Studio  [author] May 28, 2014 @ 5:54am
You'll be able to activate your game from Desura to Steam soon!
Co-op gamemodes PvP and PvAI are planned although not implemented yet.

Count Crapula May 27, 2014 @ 10:52am
Can I move the game from Desura to Steam? Will there be co-operative gamemodes, players versus AI?

[LM]crashy  [author] May 12, 2014 @ 8:21am
@Zs4sZB0t Nothing prevents you doing that ! Moreover, when the level editor will be released, you may create missions about bombing poor innocent villagers ! But please don't do it in real life !

BOMB has been Greenlit and is now listed in the Steam store. For the latest information, purchase options, and discussions for BOMB, please see it on the Steam Store or in the Steam Community.
Visit Store Page
For more details Visit Community Hub
For latest discussions
If you really, really want to, you can continue to the Greenlight page. Information on this page may be out of date, since all the action has moved to the areas noted above.