Greenlight > Games > Mechanist Games's Workshop
Greenlight is being retired. For more information on how to submit games to steam, refer to this blog post.
This item has been removed from the community because it violates Steam Community & Content Guidelines. It is only visible to you. If you believe your item has been removed by mistake, please contact Steam Support.
This item is incompatible with Greenlight. Please see the instructions page for reasons why this item might not work within Greenlight.
Current visibility: Hidden
This item will only be visible to you, admins, and anyone marked as a creator.
Current visibility: Friends-only
This item will only be visible in searches to you, your friends, and admins.
City of Steam
Description Discussions17 Announcements7 Comments1071 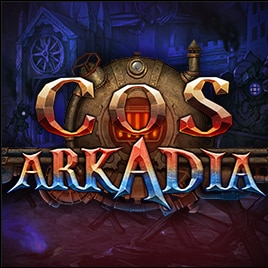 Mechanist Games
Offline
See all 108 collections (some may be hidden)

View City of Steam in the store

To kick off the beginning of Mechanist's self-publishing efforts for City of Steam, we will be heavily modifying the game, ending the previous 1.X product version line and branching off in a different direction. We want to publish City of Steam: Arkadia, effectively a 2.0 version, on several gaming platforms and hope to include Steam in that list of platforms before the end of the year.

Before doing so, we need to revisit many of the features and modifications that were made for the 1.X versions. The changes will not be minor. Many systems will be updated and added to, some will be reduced, others will be removed. The details of these changes can be found in the following weeks on the game's new site http://www.cityofsteam.com/ and will be updated as more information becomes available.

We hope to give the game a fresh new start, put the past behind us, and honor our loyal supporters at the same time.

Mechanist Games has ended it's cooperation with R2 Games and purchased back the rights to publish the English version of the game. But before that can happen, many important changes need to happen for the game to be healthy and suitable for platforms such as Steam.

For more information, see the the press release on http://www.cityofsteam.com/

Read More
Description
Release date: 2013
A city of industrial wonders sits on the brink of collapse. A world of mechanical precision has been brought to the verge of war. The New Epoch is ending, and what comes next will change the Great Mechanism forever.

City of Steam is a 3-D MMORPG set in a steampunk-inspired universe years in the making. No tired fantasy tropes here! No dragon rides, no flaming swords, and no enchanted forests. If any of our elves live in trees, it's because they're CRAZY!

Despite its modern, streamlined interface, City of Steam is firmly grounded in the tabletop RPG tradition. Based on the pen and paper RPG series The New Epoch, City of Steam boasts a world of incredible depth and detail. From the clockroaches that plague the tunnels beneath Nexus to the great phlogiston-filled airships that soar above the city, City of Steam will immerse you in a world of danger, intrigue, and technological fantasy.

Features:
What People Are Saying

“The environments in City of Steam are as detailed as they are unique.”
– Alex Coccia, Greenlit Gaming

“City of Steam has the potential to shake the foundation of the MMO world.”
– Mike Foster, Massively

“This game is already pushing some technological limits with just its existence.”
– Lorne Horning, Blistered Thumbs

“The amount of content is just mind-blowing for a web-based title...”
– Richard Cox, {LINK REMOVED}MMORPG.com

“The beauty is in accessibility; I can be logged in and exploring this industrial-era fantasy world in under ten seconds.”
– Gareth Harmer, {LINK REMOVED}ZAM.com


A Message to Fans Old and New
We’d like to thank all of our fans for their support throughout the development process. Without you guys and girls, we wouldn’t have been able to get to this point in the first place, so thank you all very much! Let’s spread the word and get this new version on the road!

If we get Greenlit, what’s in it for you?
Minimum system requirements:

Planescapebard Mar 5, 2014 @ 11:34pm
This is not the same game shown in the videos. That is the Closed Beta version of the game that is nothing like the current nerfed version.

magua Dec 18, 2013 @ 1:40pm
The is one of the most deplorable pay-to-win games I have ever come across, even worse than publisher R2. Most events you perform in the game can be advanced by using money.

Even today they added a new update heavily reducing the amount of gold a player can add to his Company daily, while now allowing you to use currency to perform the same task you could do for free.

The game is also very deceptive in that it is deliberately designed so that you "accidently" use in game currency without meaning to and the grinding is extreme after you hit late 30 levels.
It used to be a very good game in its original form and the first 30 levels of this version are enjoyable, but the changes have made it into a money grabbing grind fest.

As a free player it is worth playing up to level 30, but avoid at all costs if you tend to put money into your browser games.
< >

City of Steam has been Greenlit and is now listed in the Steam store. For the latest information, purchase options, and discussions for City of Steam, please see it on the Steam Store or in the Steam Community.
Visit Store Page
For more details Visit Community Hub
For latest discussions
If you really, really want to, you can continue to the Greenlight page. Information on this page may be out of date, since all the action has moved to the areas noted above.