Store Page
Warframe > Guides > [MIKU]TrollMasterPang's Guides
This item has been removed from the community because it violates Steam Community & Content Guidelines. It is only visible to you. If you believe your item has been removed by mistake, please contact Steam Support.
This item is incompatible with Warframe. Please see the instructions page for reasons why this item might not work within Warframe.
Current visibility: Hidden
This item will only be visible to you, admins, and anyone marked as a creator.
Current visibility: Friends-only
This item will only be visible in searches to you, your friends, and admins.

Easiest Way To Kill Sentients
By [MIKU]TrollMasterPang
A small quick guide on how to kill Sentients fast.

Where to find Sentients

Comments
Intro
So sentients. We either love them because the are cool or hate them because we cant kill them. First appearing in Uranus we were all intrigued by it. It then became a major player in Natah Quest and The Second Dream. Not much is heard about them until you try the junction on Pluto to Sedna requring you to kill 10 Sentients also in one or two other quests for warframes. You must be wondering "How am I goning to find them".

Until you do so, the biggest part they play in end game is for Rivens. Oh yes, rivens. We try to hunt them down and kill them but with great struggle.
Where to find Sentients
The first likely encounter will be on Uranus. As far as I know, the spawn in every or most mission.

The chances of them spawning is very low so don't count on it.

The next time you encounter them is within a major quest. Not going to spoil it but make sure you kill all of them as it will come in handy.

And the most common place is on Lua Aka The Moon. I don't know why but on Lua, sentients only spawn on 3 maps only:

All 3 are very viable but Plato is the best. since I had pretty much 100% of them spawning. They always spawn when you are about 30 seconds into engaging the enemy. When you hear the warning/ alert from lotus, ignore the enemies and rush to find the sentients further in the map before they despawn (I dunno but they like to dissapear) and MAKE SURE YOU GET THEIR ATTENTION.

Slowly but surely you will kill the sentients. Also make sure that the elements are all different since the sentients will adapt to it.
Method 2- The really relatively easy way
This sound like a good cop bad cop thing.

"Listen here buster, you can either do this the easy way or the... hard way..."

Step 2
Do a standard mod setup 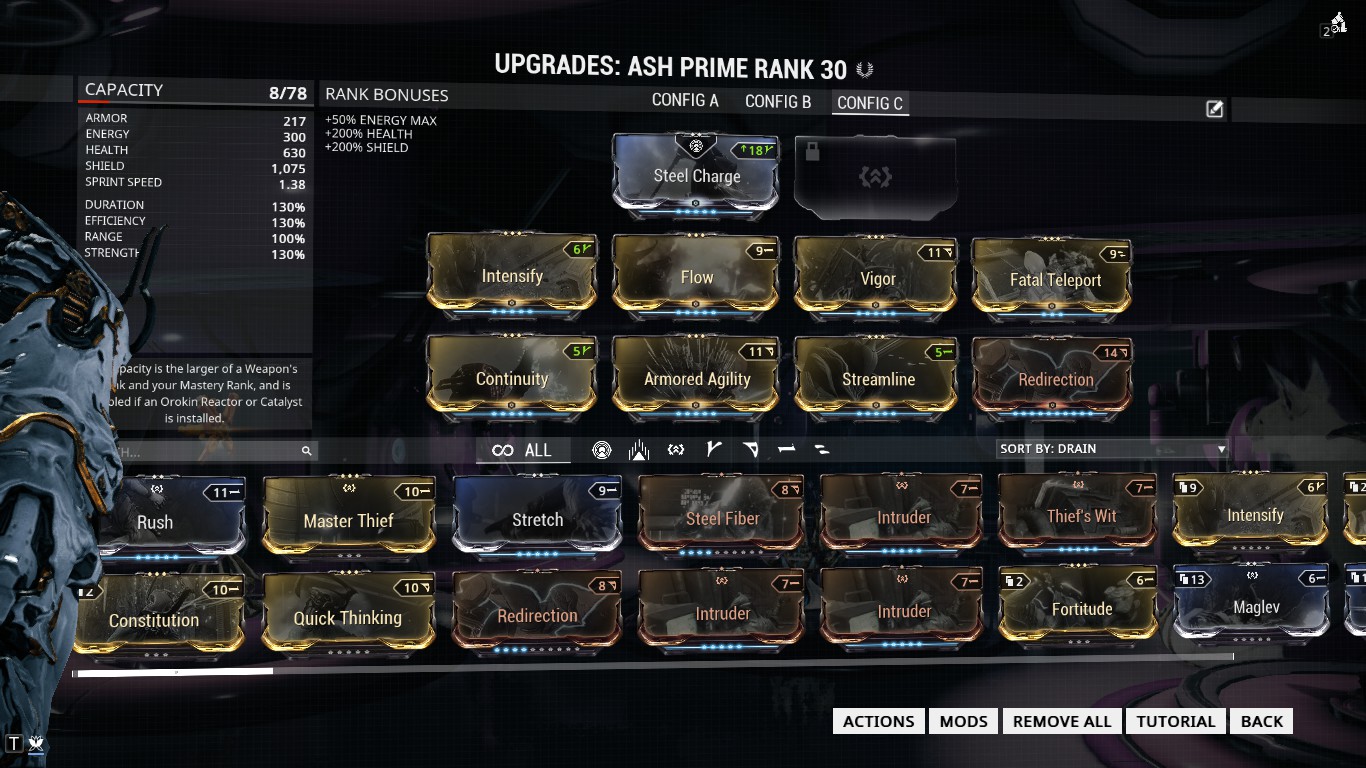 Step 3
Start mission- DO NOT WASTE YOUR ENERGY

Step 4
Use blade storm. (may need to use about 2- 3 times on 1 sentient with the full triple marks of death). I use Rakta Dark Dagger 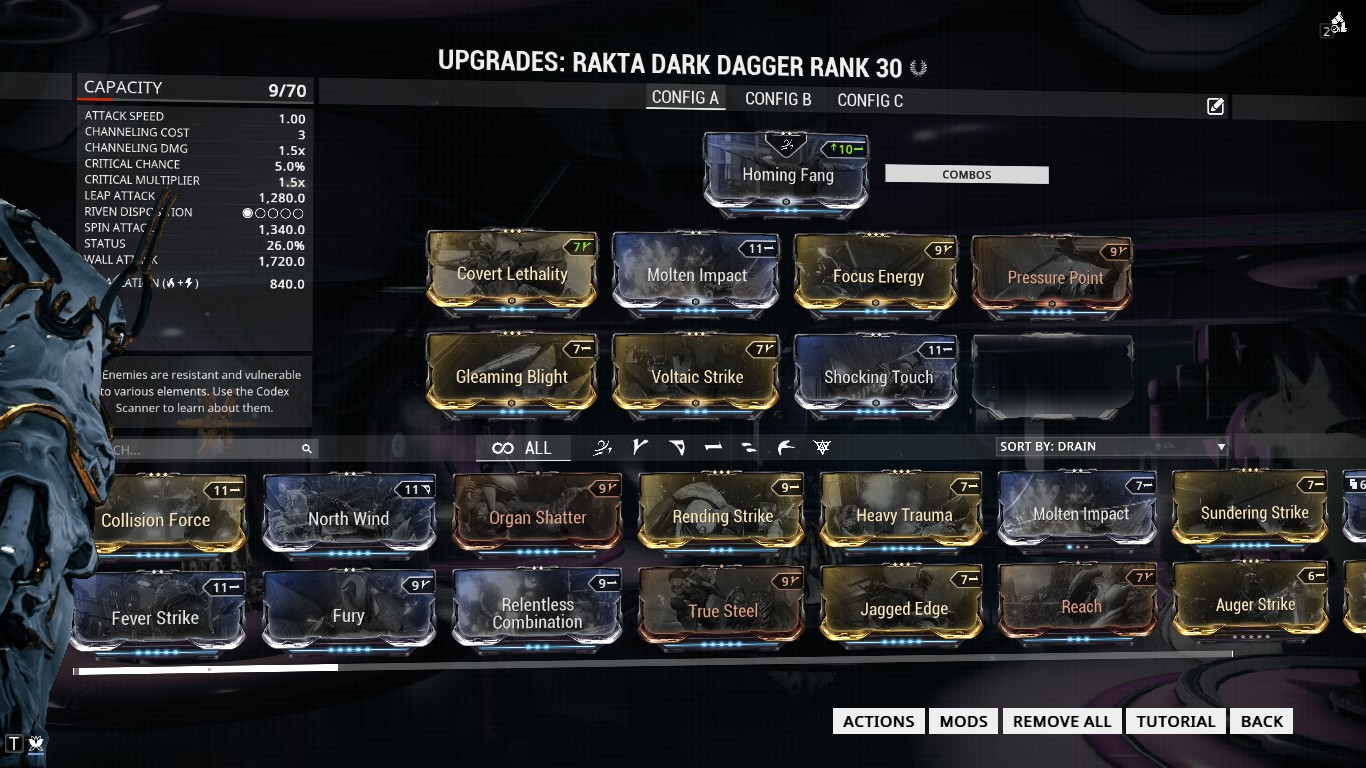 I have no idea why but the sentients doesnt adapt to the damage that well or infact at all. I use the Rakta Dark Dagger with my Ash Prime. When I attack them with blade storm, they only seem to adapt to slash only. Maybe the rad proc aswell but they don't seem to live long enough to tell the tale. As well as this, on Lua, the levels of all the enemies are 25- 30 so you shouldn't have a hard time killing them.
Method 3- The I don't use it myself but seems like a lot of people now do way
Go into operator mode. The laser can remove the sentient resist damage. As well as this, the sentients cant adapt to the operator laser damage.

I don't really use this but it has been suggested twice and yeah. Use it if you want to.

Operator blast to stun the sentients.
Left click for standard laser attack.
Crouch to hide.
Method 4- Excalibur
I don't have excalibur but it was suggested to me and it seems like it works.


Suggested by: P I X E L B L A Y D and SeCrEt (for Step 2)
Method 5- Valkyr
I do not have this method but it was mentioned by some people in the comments.

Step 2
Use Hysteriea (Skill 4 I think)

It is similar to Ash's Blade Storm, the sentinels cannot adapt to the damage.

Overall
To wrap it up, if you use method 2, it should literally take you about 30 seconds or less to kill the two sentients that spawn.

Plato is the best place for them.
Don't fret over your rivens.
Smoke wheat
Send me free stuff on warframe
Dab on them haters

Feel free to add anymore ideas on to this post if you want.

David.Dragonheart May 9, 2019 @ 6:19pm
Operator Void Beam / Amp attacks are the most popular way to harm sentients, due to them being unable to adapt to Void Damage. Fairly easy. And Excalibur's Exalted Blade DOES work, but they can still adapt to damage from it, like Valkyr Claws, so this is ineffective in a group, as they share resistances to others nearby.

Your 1st method can be done, but is not effective and it is time consuming. So most use either Operator mode, Paracesis, Umbra, or a combination of all three.

David.Dragonheart May 9, 2019 @ 6:15pm
Also, Valkyr Hysteria Claws (it is her 4), does damage that Sentients can adapt to. There are currently 3 types they cannot adapt to: True Damage (damage dealt by slash procs, Ash's Blade Storm damage, finisher damage, along with a few others), Void Damage (which removes their resistances when harmed. Also has a bullet attraction proc, similar to Mag's 2), and Tau Damage (currently, only sentients and Wolf do Tau damage, so we have no way to test it in the first place)

David.Dragonheart May 9, 2019 @ 6:11pm
Im 100% certain. Its in his abilities description.
"In place of Radial Blind, Umbra has Radial Howl, which not only blinds enemies, but also removes any active damage resistances from Sentient units and Shadow Stalker within range. "
Source: https://warframe.fandom.com/wiki/Excalibur/Umbra

[MIKU]TrollMasterPang  [author] May 9, 2019 @ 2:10pm
Hmmm are you sure. This guide was made before umbra. I know umbra deals extra damage against sentients.

David.Dragonheart May 9, 2019 @ 12:11pm
Correction for Method 4:
This only applies for Excalibur UMBRA. Not normal or prime, UMBRA ONLY.

LegendaryNoob Jan 12, 2018 @ 7:57am
With the Excalibur method, its cheaper in energy cost but still the same if u use the exalted blade, and do a crouch spin swing. It blinds the enimies just like the Radial blind. This allways works for me. P.S: Great Guide

s³secret Sep 17, 2017 @ 6:16pm
the excalibur method should include radial blind since it removes the damage adaptation and opens them to finishers

Terrifico[PNGrande] Sep 15, 2017 @ 4:53am
i got an Excalibur for that, use blind and exalted sword and they drop like butter.