Greenlight > Concepts > frvge's Workshop
Greenlight is being retired. For more information on how to submit games to steam, refer to this blog post.
This item has been removed from the community because it violates Steam Community & Content Guidelines. It is only visible to you. If you believe your item has been removed by mistake, please contact Steam Support.
This item is incompatible with Greenlight. Please see the instructions page for reasons why this item might not work within Greenlight.
Current visibility: Hidden
This item will only be visible to you, admins, and anyone marked as a creator.
Current visibility: Friends-only
This item will only be visible in searches to you, your friends, and admins.
Project Stealth
Description Discussions2 Announcements7 Comments260 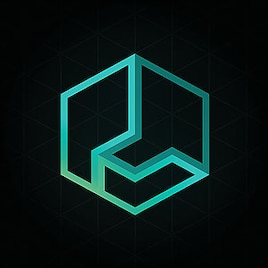 LennardF1989
Offline
See all 27 collections (some may be hidden)
Recent Announcements View All (7)
Project Stealth is now on Kickstarter!
May 25, 2014 - Morten

Read More
12 new screenshots on our new site and a sneakpeek of Unreal Engine 4
February 11, 2014 - frvge

It's been a while since the last update but we have been busy working on more marketing materials. And it has paid off: we've launched our new promotional website[www.projectstealthgame.com]. To celebrate, we've included 12 new screenshots on the site. I won't spoil what they show, so it's best you just give it a visit.

Also, we've posted a sneakpeek of our first map made in Unreal Engine 4 on Facebook. The map is called "Asylum[www.facebook.com]". Facebook is the platform that we update most often, so be sure to like us there to stay up-to-date. Steam Greenlight and IndieDB are getting only the best-voted content on an irregular monthly basis.

We will be back with more exciting news soon!

Read More
Description
Intense 2 vs 2 stealth-action multiplayer
Project Stealth features asymmetrical, hardcore gameplay where predicting your opponents movements, misdirection, deception and your knowledge of the environment is key to succeeding in your mission. The defending team (Mercs) plays from a first person shooter viewpoint while the infiltrating team (Spies) plays in a third person view to increase situational awareness.

Gameplay goals
The goal for the Spies is to acquire data by completing several objectives, for example hacking several terminals, placing bombs or stealing disks and extracting them to a safe location. The Mercs' purpose is to prevent that by killing the Spies or by delaying them until the time runs out.

Detailed gameplay
There are two teams with two players each: one team is characterized by guns with a lot of payload, heavy armored and relatively slow elite soldiers (Mercs, from Mercenaries). The other team consists of high-tech, agile, athletic and fast Spies with nonlethal weapons. Both teams have access to a variety of gadgets to help them in their mission.

The Mercs have mines, grenades, remote controlled security cameras, a gasmask and three vision modes (normal, electricity detector and movement detector). Their gameplay is comparable with a regular shooter with gadgets.

The Spies have flashbangs, smoke grenades, a camo suit, noise emitters and their own three vision modes (normal, night vision and thermal vision). Spies have a third person view and will play like action games with athletic characters.

Questions or comments?
Is this description unclear or do you have something else to say about this text? Let us know!
< >
260 Comments

dYnAm1c Sep 18, 2018 @ 10:41am
I wonder, do you sometimes look into the code, actually do some stuff and then lay it to the side for some time again or did you not touch the game at all for years?

frvge  [author] Sep 16, 2018 @ 4:18pm
@𝕰𝖕𝖎𝖈𝖃𝕲𝖆𝖒𝖊𝖗, we don't expect new updates on Project Stealth in the near future. Correct. You know about zombie games. Maybe we'll be one. Maybe not. Without zombies because there's no stealth with zombies. Actually that might make a fun game.

dYnAm1c Jun 17, 2018 @ 7:44am
Let's hope you can continue development one day, Ubisoft clearly has given up on a true successor to Chaos Theory. All they care about nowadays is fast and action, something thats not fitting Splinter Cell.