Greenlight > Games > purple buffalo's Workshop
Greenlight is being retired. For more information on how to submit games to steam, refer to this blog post.
This item has been removed from the community because it violates Steam Community & Content Guidelines. It is only visible to you. If you believe your item has been removed by mistake, please contact Steam Support.
This item is incompatible with Greenlight. Please see the instructions page for reasons why this item might not work within Greenlight.
Current visibility: Hidden
This item will only be visible to you, admins, and anyone marked as a creator.
Current visibility: Friends-only
This item will only be visible in searches to you, your friends, and admins.
Deadskins
Description Discussions1 Announcements9 Comments278 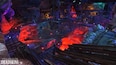 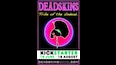 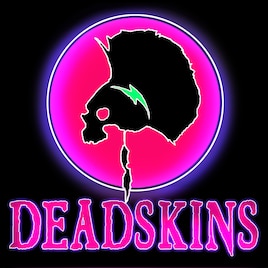 purple buffalo
Offline
See all 19 collections (some may be hidden)
Recent Announcements View All (9)
DEADSKINS, A Spiritual Quest. Lost pages from the diary of John Dunbar.
July 18, 2014 - purple buffalo

Here is a rad article that was just posted to WTF Gamers Only!! It is very thoughtfully written and goes into great detail in describing DEADSKINS. Please have a read and share this with your buddies.. heck, share this with everyone!!!

I recently had the HUGE pleasure of speaking with Hesser from Metal Shark Studio and it was fantastic!
I had a great time speaking with him before, during and after the show. I highly recommend subscribing to their show and then immediately after, listen to the Deadskins episode! Here is a a 20 minute podcast that sheds more light on gameplay, mechanics and the genesis of Deadskins!!! Enjoy!

Read More
Description
Release date: August 2015
Welcome!
This game represents the BETA version of DEADSKINS; the Multiplayer game with a Single Player story mode. With the help of your feedback, playtesting and a kickstarter campaign, we'll have it produced by August 2015.

Play the video game as a Native American warrior, possessing powers only known to the Great Spirit. Or choose to play with friends in a crazed, bloodthirsty, zombie war party that unleashes a psychedelic Hell while riding demonic buffalo! This game offers Team Death matches, Capture the Flag, and Horde Mode. Or play the campaign to start harnessing the power of the "spirit world" and begin an epic battle with the ghosts of your ancestors to become the most powerful warrior among your tribe!

Setting:
Deadskins is a work of fantasy set primarily in a fictional Spirit World...
The story begins in a fictitious past of North America. Back in a time when it was primarily inhabited by early natives.

Story:
It centers around a young brave whose tribe has just been massacred by a war party of mysterious origins. Shaman from many tribes come together, to discuss in a great meeting of medicine. Some describe seeing a blue man walking the earth, and wherever he touches, the land becomes sore. While others share visions of a world turned upside down and where everything living falls into the sky. "Our Mother is sick and the Great Spirit seems to wander without purpose".

Using the powers and secrets of your elders, you must journey on a vision quest to repair the Spirit World and heal Mother Earth. Quickly become a warrior and fight a psychedelic battle against a man who has forgotten that he has died. He is a man known as the Dead Skin walker. And his power over the dead, was strong enough to punch a hole through to the land of the living, sending many lost spirits in search of revenge.

Ancestral spirits come under an evil spell and begin to rise from the earth and mount war parties of the Undead. This ravenous group of zombies attack everything they see and they quickly become many like the stars. They are DEADSKINS; a crazed and bloodthirsty tribe of the undead. Mounted on zombie beasts, the demonic warriors begin to cross over to the land of the living and curse all creatures they encounter. You must follow the smell of death and leave it your trail. Everything rests on your shoulders so...
Good Luck!

Or visit the homesite @
{LINK REMOVED}http://deadskinsgame.com/DeadskinsGame_HOME.html