Greenlight > Games > Refract's Workshop
Greenlight is being retired. For more information on how to submit games to steam, refer to this blog post.
This item has been removed from the community because it violates Steam Community & Content Guidelines. It is only visible to you. If you believe your item has been removed by mistake, please contact Steam Support.
This item is incompatible with Greenlight. Please see the instructions page for reasons why this item might not work within Greenlight.
Current visibility: Hidden
This item will only be visible to you, admins, and anyone marked as a creator.
Current visibility: Friends-only
This item will only be visible in searches to you, your friends, and admins.
Distance
Description Discussions39 Announcements17 Comments2304 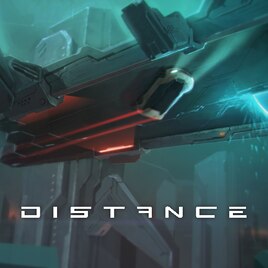 Refract
Offline
See all 377 collections (some may be hidden)
Kickstarter
Recent Announcements View All (17)
Steam Daily Deal! Distance is 33% off!
March 12, 2015 - Refract This week we've been chosen to be a Daily Deal on Steam! If you missed it up until now, Distance will be 33% off for only 10 more hours (ending 10am PST on Friday). If you know someone who’s been waiting for a sale make sure to let them know today! 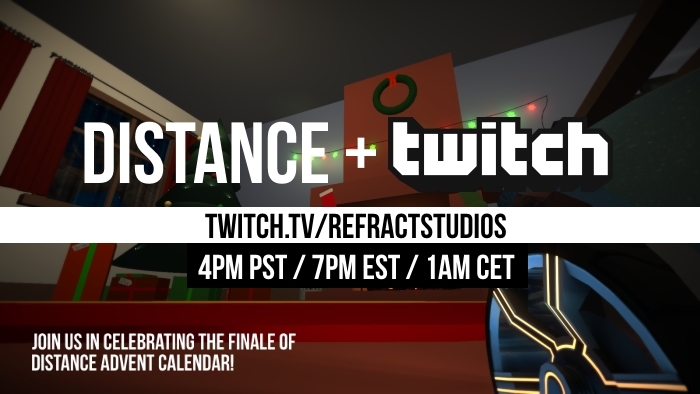 Today marks the final day of the Distance Advent Calendar[survivethedistance.com], a community-run event where track creators have been sharing incredible new level creations each day this month. The 24th and final level of the event was shared today, so we’d like to take a moment to play through every Distance Advent Calendar level shared this month! There might even be a couple interesting surprises… We hope to see you there!

Distance is a Windows/Mac/Linux survival racing game that combines the intense action of arcade racing with the exploration of an atmospheric world. You control a unique car that allows you to boost, jump, rotate, and even fly through a chaotic and twisted city. The world has a mysterious history, and as you explore you'll be able to uncover pieces of its past. In short, it's Trials Evolution + Rush 2049 + Halo + Tron: Legacy.

The roads are treacherous and unpredictable with obstacles around every corner. Instead of doing laps on a loop, you'll be trying to survive to the end in the quickest time. Since your car has several abilities, it allows you to not only drive fast on the track but also upside down and on buildings and walls! You can also fly to discover new shortcuts and paths. You'll be able to take on the roads alone, or in multiplayer with your friends!

The game is a spiritual successor to the multi-award winning game Nitronic Rush, created by ourselves and 8 others while attending DigiPen Institute of Technology. It was widely praised for its innovative mechanics, visual style, audio design, and atmosphere.

You can find out more about Distance at these locations:
< >
2,304 Comments