Greenlight > Games > Acheron's Workshop
Greenlight is being retired. For more information on how to submit games to steam, refer to this blog post.
This item has been removed from the community because it violates Steam Community & Content Guidelines. It is only visible to you. If you believe your item has been removed by mistake, please contact Steam Support.
This item is incompatible with Greenlight. Please see the instructions page for reasons why this item might not work within Greenlight.
Current visibility: Hidden
This item will only be visible to you, admins, and anyone marked as a creator.
Current visibility: Friends-only
This item will only be visible in searches to you, your friends, and admins.
Against the Wall
Description Discussions10 Announcements2 Comments517 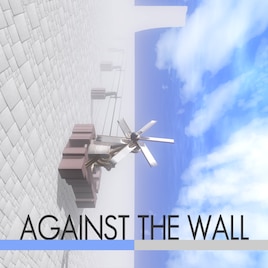 Acheron
Offline
See all 127 collections (some may be hidden)
Recent Announcements View All (2)
Progress
August 17, 2015 - Acheron

Hey everyone! The project has been on hiatus for a while now while I sorted out my work life. I've restarted work on the game a few weeks ago, upgrading to the Unity 5 game engine and refactoring old code. It's been a difficult road since I don't have the money to do this full time, or hire anyone to help, but I finally managed to begin progressing again. I'll post to the website soon.

Read More
Against the Wall Has Been Greenlit!
September 2, 2013 - Acheron

Thank you to everyone for making this happen! Hearing that my game was Greenlit was pretty much the best birthday present I have ever received. Be sure to follow the game's progress on Against the Wall's website[www.againstthewallgame.com].

Read More
Description
Release date: When It's Done, ala Valve
Against the Wall is a first-person puzzle-platformer set on the side of an infinite wall. Entire civilizations and ecosystems cling for survival on the side of the wall, everyone and everything existing under the constant threat of tumbling into an endless sky. The wall is made up of square white bricks of varying sizes. You can pull these bricks out of the wall to form platforms, stairs, and paths. Along the way, you'll encounter cities, forests, volcanoes, castles, and other environments in your journey through this strange world.

You can play the free alpha demo of Against the Wall at {LINK REMOVED}http://www.againstthewallgame.com.

My name is Michael Consoli, and I have been developing Against the Wall since May of 2011. In that time, the game has had a successful Kickstarter campaign, and was recently featured at IndieCade 2012 as an Official Selection. Making this immense game on my own has been a challenging and rewarding experience. I've been careful to plan the scope of this game to something manageable by a single person, and expect to have a full version of the game available by the end of next year.

The final game will feature several different environments that populate procedurally over the infinite surface of the wall. Each environment has its own set of unique brick types that you will interact with in different ways (timed bricks, bouncy bricks, etc.). You may choose to follow the game's story path through each environment, or set off and explore the wall on your own, avoiding all of my carefully constructed set pieces, cities, and elevator shortcuts.

Give the demo a try and let me know what you think. If you'd like to see a full commercial version of the game on Steam, be sure to give this project a vote!
< >
517 Comments