Store Page
Garry's Mod >  Workshop > Norda Scripts's Workshop
This item has been removed from the community because it violates Steam Community & Content Guidelines. It is only visible to you. If you believe your item has been removed by mistake, please contact Steam Support.
This item is incompatible with Garry's Mod. Please see the instructions page for reasons why this item might not work within Garry's Mod.
Current visibility: Hidden
This item will only be visible to you, admins, and anyone marked as a creator.
Current visibility: Friends-only
This item will only be visible in searches to you, your friends, and admins. 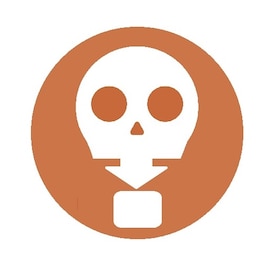 This item has been added to your Subscriptions. Some games will require you to relaunch them before the item will be downloaded.
In 1 collection by Norda Scripts
Nordahl Scripts - Gmod Addons

48 items
Description
NPC Death Loot Manager - Resources Only
This is the content only of : https://originahl-scripts.com/gmod-scripts/3915/npc-death-loot-manager

"NPC Death Loot Manager[originahl-scripts.com]. is my 5th GMod addon of the year 2021. It is about adding a gameplay mechanic to your server that is usually found in MMORPGs. It allows you to configure in real time from a clean and intuitive interface, the loot inventory of each class of Npc dropped when they die, choose the probability of dropping the npc, the quantity possible. All of this allows you to make items more or less rare from the list. For example you can set up special loots for a Boss."
🚀 Presentation

This adds new gameplay mechanics and dynamism to your Gamemode or server, this system is compatible with all Npcs and Game Modes.

This is a gameplay mechanic that is usually found in MMORPGs. You will be able to configure in real time the loot inventory of each NPC class, and the probability rate of each loot allowing to make items more or less rare depending on the type of NPC.
This without reboot and when you want from an intuitive and simple interface. Access it with a chat command "!loot" or from your console : "npc_dloot_manager".

You can choose whether your Npcs list and loots can be viewed by your players or keep it private.

Some ideas for use:
- Compensate for the difficulty of certain enemies with loot that is equal to the challenge, so you reward your users and encourage farming on your servers like in some Mmorpg's.
- Organize events on an increase of loot that your Npcs can drop.
- Reward your players with loot when they defeat a boss on your server.
I'm sure you'll have ideas for uses that I can't imagine.

If you don't know how to manage a place where a Boss can appear, I have already created a script dedicated to this kind of need where you can define the Bosses life points and their appearance positions, it is the NPCs Spawn Point Creator[originahl-scripts.com].
< >
7 Comments

Some people make money with my work and run their businesses. I feel that the time I spend coding for someone in GMod is the same time I can't code for a company.

This also includes support and help in the development of the next scripts or futurs updates.