This user has also played as:
Marcel Welcome, my name is Faust.

I am a writer for the Early Access Addicts, a great community for games that are still work in progress. We try to give a detailed look on projects that aren't done yet, still in alpha or any other early stage of development. Our personal goal is to show strengths and weaknesses, giving a quick summary on what players might expect in future updates. For now, german only. If you are still interested in well written and in depth german reviews, consider giving our site https://early-access-addicts.de/ a like or leave a comment.

As many of you, I enjoy playing games a lot. Additionally,I prefer games with a nice and well written plot, unique gameplay and pixelated art. At the end of the day it still comes down to whether a game is fun or not which might explain my addiction to roguelikes and why I'm rooting for indie games. Recently I also started to raise my library over at gog and epic so feel free to add me there as well.

Trading:
If you want to trade, be sure to check this link:
Place quick offers / counteroffers for fast and easy trades on barter [barter.vg]

Feel free to PM me anytime but be serious with your offers or you will get blocked. If you don't have an account on steamtrades with multiple positive votes, I might consider not accepting a trade.

No answer while being online = idling
Favorite Group 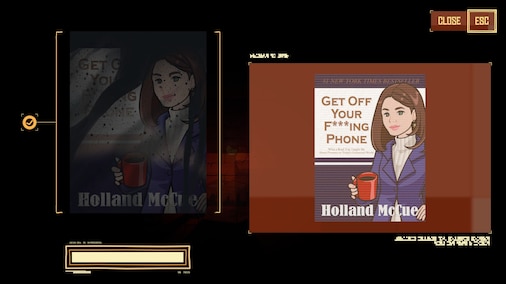 Endless Space
196 Hours played
Review: Endless Space
"Come, my friends,
'Tis not too late to seek a newer world. . . .
To sail beyond the sunset, and the baths
Of all the western stars, until I die."

The universe with it’s endless amounts of galaxies, stars and planets was born out of what we call “the big bang”. It took billions of years before the first life was given and further billions for the new rulers of space to conquer every star they could reach: The Endless. They traveled through wormholes, became masters of time and space, built outstanding monuments and structures and oppressed every lifeform that stood in their way, all with the help of a special gift called dust. The only ones who could make them fall were the Endless themselves with inner conflicts and arrogance. Millions of years later other empires arose from the stars. The Endless were gone but their technology, wisdom and Dust is still there, waiting for new conquerors. Which faction will dominate the others with science, war and dust? Hopefully yours.
----------

It all starts with your chosen nation. May it the aggressive bird-like Hissho, the mechanical Automatons or the old human Imperials, they all come with positive and negative aspects that fit differing playstyles. Colonizing your first planet afterwards can be a tough choice. Planets differ and thus do the resources they produce. What you should keep in mind here is FIDS, standing for Food, Industry, Dust and Science. Basically, these four get your planets populated and fed, build ships and structures, offer the possibility for doing research and pay your running costs for ships, planetary improvements and heroes. Improvements can be portals for faster travel, refineries or habitats, just to name some out of a huge amount ES offers. Heroes are specialized commanders who can be attached to starsystems and fleets to further improve certain aspects like production or offense. They get XP, level-up and cost more while doing so. Better ships and improvements need more research and cost more Dust. See, it is the well known cycle you have to bear with. What makes it even more difficult sometimes are random events that can be a blessing but also a plague for the whole empire.

Having established yourself, there is room for more difficult tasks. First, acceptance. Planets, taxes and other effects influence your nation’s happiness. The higher the taxes, the higher the dust outcome. But who wants to pay taxes? People will likely start to get lazy and work less. It works the other way around too. Less taxes, more resources. Next task: luxury ressources. Once your scientists know how to deal with them, you gain the opportunity to build better ships, planetary improvements and use them as trading goods. Trading leads us to task 3, diplomacy. Venturing into the unknown will make you meet new friends. Or Foes. Fight or feed them? Living in peace means building trade routes for dust and science, luxury resources and even full researches. An alliance keeps your back when war is raging against You. But why even trading when there is the chance to OWN your friends starsystems?
--------

Talking about war makes it necessary to talk about the combat system. Since the whole game uses a turn based system you might expect this happening for combat, too. It somewhat has “turns” but once your fleet started the battle, there is no way to stop nor influence it. Every battle is divided into 5 phases, were these are again divided into turns. Roughly Explained: Remember turns as a term that got used in Baldur’s Gate where attacks and effects were happening in a specific amount of time? Take this, mix it with scissor-rock-papers referring to bullets, lasers and rockets and their defensive counterparts and add some tactical influence via abilities, used as “cards” ingame. These cards have to be chosen before the battle starts, thus forcing you to have a close look at your opponent. If you like battles à la Sins of a Solar Empire you will get disappointed. Fights in general last about 1 min if you choose to watch them and tend to look repetitive after a while. Still: Choosing the right weapons and armour can make your fleet win against even way stronger contenders.
--------

Let’s have a look at graphics and sound. Whilst the tactical overview tends to look spartanic, does a zoom make this game shine. Planets, Moons, Stars, everything looks nice and realistic and every faction looks unique in terms of ships. Although battles aren’t the most exciting part of the game, they still do have some nice explosions and fleet animations to offer. The UI can be overwhelming at the start but having played for 2-3 hours I already felt myself at home. To those complaining about it in other reviews: There is a tutorial that nicely shows and explains everything. My recommendation here: Take your time, read carefully. It is turn-based.

The soundtrack fits just perfectly into the setting of an unknown and unexplored galaxy. Sometimes thrilling, most of the time relaxing, I never stopped it while playing for hours.
-------

Story? Lore! It is everywhere in this game and it needs to be mentioned here. Every planet, every ship, research, hero, resource...every single fact comes with a nice and well written explanation and makes this game shine. Most of the facts are fictional though but still written in such a reasonable manner that one might want to look up a lexicon. Keep in mind: There is no single-player campaign, yet there is enough content to fill hundreds of hours if you choose to play every different faction. Everything happens in scenarios that can be set up before starting, like choosing difficulty, number of AIs, nations, single- or multiplayer. Multiplayer feels great and allows players from all over the world to play without having any ping-loss - the advantage of a turn-based game.

Summary:
Endless Space. A game that uses the 4x in its description, roughly translated as explore, expand, exploit and for the sake of all: exterminate. Resource management, diplomacy, research and war, perfectly arranged for turn-based strategists who love to play at their own pace whilst planning for future turns.

One can not ignore that combat lacks the thrill other space strategy titles offer in exchange for strategical choices but graphics, depth and lore is what compensates and entertains for hours.