This user has also played as:
Ryan "Pseudolukian" Foxhill 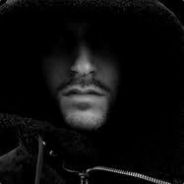 No bronies,please. I cant stand them. Too whiny. (Unless you prove yourself to be a good person,i will keep you on the friend list)

Yes,i -used- to be a veteran at Modern Warfare 3,i managed to smooth so good in it,trickshotted peeps.
I listen to Unguided,you got a problem with that?

I will accept your invite if:
You're a scalie/furry.
We played a game together.
You're only after trades.
You're looking for friends.
You're not a general ♥♥♥♥♥♥♥.
If none of the above are listed,LEAVE A COMMENT FOR ♥♥♥♥ SAKE.