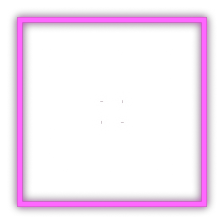 https://steamcommunity.com/sharedfiles/filedetails/?id=2591061806
Posted September 1.
Was this review helpful? Yes No Funny

Recommended
352.8 hrs on record
The somewhat different review:
So please don't be angry with me, because this review is once again not quite "rule-conform". But I don't care about that. However, there is one part of it that I can highlight that makes Zombie Mode special and unique for me. It's about the ONE and ONLY zombie map that I fell in love with from the very first time I played it. That sounds absolutely weird, I know, but that's how it is.

It's about the map "Buried" - for fʉck's sake
I get into the map and I'm already flashed as I slide down the map from the top. But that was just a drop in the bucket. When I got there "underground", it was completely over with me. How awesome that looks. I'd like to hug the mapper and the idea guy of the map and say that they did an awesome job with it. My imagination ran away with me and I examined more of the map and found more and more interesting spots. Then there was the wicked witch's house, which also gave me a scare - in a pleasant way, folks. Further it went then to the crazy labyrinth. And if you are "trapped" in there, just stop and look up. Damn, that looked sexy. A giant cave with a very interesting view to the ceiling and openings "outside". Awesome! When I finally found the exit after several strays, I stood in front of a really imposing Gazebo - very beautifully designed. But that was not quite the end. No, in the Gazebo there was a very mysterious staircase down. Yes, you read correctly - like an almost hidden way down, which after a while did lead to a room that was a dead end, but as a reward there is a Pack-A-Punch machine that rewarded your efforts with improved weapon upgrades.

Yes, that's my short "walkthrough" of the map "Buried", which I must have played for about 300+ hours and which I still dream about sometimes even today. Simply a masterpiece in my opinion. And to illustrate this a bit, here are a few screenshots of me and also a guide to a Steam Achievement. That's it! Thanks for reading! :)

All other Zombies screenshots are located below:
https://steamcommunity.com/id/SgtFopper/screenshots/?appid=212910
Posted August 8. Last edited August 8.
Was this review helpful? Yes No Funny

Recommended
22.1 hrs on record
Many have asked me for my opinion about this game and now I will present it!


STORY:
What I definitely won't do is spoil the story. Because this is the absolute heart of the game.
Very, very interesting and exciting. And you have a lot of "own leeway" to even shape the story yourself - absolutely brilliant.
You even had the feeling at the end that you really "did the right thing" with your own conviction, and that felt damn good. Many, many thanks dear developers for this "intense story", which was just really fun! :-)
And yes, the game has several endings and I could experience three of them. There are probably a few more; at least that's what I can tell from the Steam Achievements, which I haven't unlocked yet.


GAMEPLAY:
About the gameplay, I have to say that it takes a bit of getting used to. For one, I have to say that the "portal tool" feature, where you can return to your camp after each completed mission, "disrupted" the flow of the game considerably in my opinion, even though I eventually got used to it. On the other hand, the mission structure is more and more "the same" over time, since even the maps in which you complete the missions are always the same, and over time you know them by heart. The enemy AI in the game is also mediocre at best. With unlocked tools, enemies can later be spotted even from a distance, so they are really just a joke.
Another thing that was also only partially well implemented is expanding one's camp with various things, like different workbenches for crafting weapons, ammunition and improvements. You can also embellish your camp with various knickknacks to make hired characters comfortable in the camp and there are many more things that are more or less useful that can be built. Whether you like the "building feature" is up to you.


CHARACTERS:
The characters in the games have spread a lot of fun for me personally. You can talk to them from day to day and thus you get more and more information about them. Important to mention is the fact that decisions, and there are MANY of them in this game, play a big role in how you relate to the characters. So for that reason alone, the game has a great replay value if you want to experience all facets of a character.


MAPS: (Level Design)
Regarding the maps, I can say that the developers really made a lot of effort to implement Chernobyl true to detail, which was also implemented very well and authentically for the most part. You can tell that the developers were really on site and wanted to bring a lot of things into the game 1-to-1. Props for that!


CONCLUSION:
Even if the game is certainly not a "perfect game", so already has its quirks / negative points, it is for me all around a great game, for which I gladly spent 30 Euros, because the developers have really put a lot of heart and soul into it. And I'd much rather honor that than a triple-A game that is only out to get a lot of money, but then suffers greatly in quality. It's definitely my personal "GOTY 2021 game" so far.

Recommended
0.2 hrs on record
[ENGLISH]
Using Steam on my phone is definitely awesome if you don't want to sit in front of the "boob tube" all the time, since you still have a real-life after all. Oh, really? Yes, definitely. At least for me! ;)

I just wish Valve would update the Steam app more often, since it's already pretty 'stale' in my opinion. But with the soon to be released Steam Deck you have a good "replacement" for it. :)

Recommended
0.0 hrs on record
I am a happy owner of even two Steam Controllers and in about 33 years I will then be as rich as GabeN, if I then sell them on Amazon ;-)
Posted July 17. Last edited July 17.
Was this review helpful? Yes No Funny

Recommended
0.0 hrs on record
This "Link" is much better than the one from Zelda! 🤭😜
Posted July 17. Last edited July 17.
Was this review helpful? Yes No Funny