This user has also played as:
i watch rick and morty , im smart 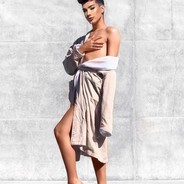 Years of Service
500 XP
Lil pump is the most intelligent individual in the world. His lyrics reflect not only the impulsive nature of human kind but our need for kinship and togetherness. His repetition of the phrase Gucci gang is an anaphora emphasizing that even the rich(the metaphor being gucci) need to associate with marginalized groups (gang) to feel as if they are living prosperously. Pump emphasizes humanity's need for temporal things and as such spend three racks on a new chain. He however realizes that kinship is temporary and emphasizes that he quickly disbands from individuals saying that he had relations with a female but forgot her name. The song is a motif for finding meaning through his life through materialistic items and short term relations. His ideals reflect an iconoclast viewpoint as he seems to almost worship icons and materials such as chains watches and other things that are considered ice.

"she tell me that she love me but it’s hard to believe
Cause I’m coming and going, then I ♥♥♥ then I leave" -Geazy

dropped out to move bricks , ended up doing SATs ....

lowball = report , block , feminists knocking at your doors and probably some vine complations delivered as a VHS tape at your doorstep ..

If you are from SG , this is how i get most of the -reps
{LINK REMOVED}http://snag.gy/WUSg3.jpg

his apology after the -rep : {LINK REMOVED}http://snag.gy/TcrMU.jpg


CSGO prayer : Our father. Who Awps in heaven. CS be the game. Uncase begun. Them skins be won. Covert- and not a mil- spec. Give us this day a stat-trak knife. And forgive us when we ragequit. As we forgive those who aimbot against us. And lead us not into scamnation. Undeliver us a battle-scarred. Gaben.