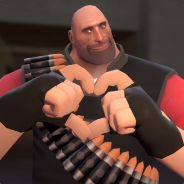 STEAM GROUP
I♥Griefing OpenG
441
MEMBERS
11
IN-GAME
79
ONLINE
Founded
February 13, 2015
Overview Announcements Discussions Events Members Comments
ABOUT I♥Griefing
Hello fellow griefers, I am happy to welcome you to our group!
OpenGriefing was founded to unite all sorts of communities from around the world.

Hey there you griefer !

Remember when we announced our january schedule about three weeks ago ? It's now time to clear them out, at least for our first event, which is taking place this sunday !
Starting at 4 p.m through 7 p.m, just like our previous Halloween event, you can come whenever you want to during that timelap !
-> Be sure however to have your watch synced up with the CET time

So grab the best you got and get ready, 'cause we're reenlisting for another year !


It's christmas season, and not even a tease about any event yet. A shame will you say and you are right to say it.
December is being busy, putting an event up on tracks is getting harder than it seems and is looking pretty impossible for this month. Sorry guys, there will not be a festive event for the end of the year, as first intended.
As december goes by, january is most likely to be a time where OpenEvents are going to happen, and that is for sure :


-> First event, Begining of january :
Come and play to celebrate the new year with us !
The date for this first event is not decided yet, but it's probably going to be the second week-end of january (Looking around january 9th/10th). A new post will be made to clear both date and hours of the event.

-> Second event, End of january :
Announcing future plans for 2016
You've been dying since halloween to know what we are up to ? Time to clear it up ! This event will be mainly talk about events coming up through february (We are starting back the enterprise to put on feet an event at least every month as long as it's possible, if a monthly event is getting canceled, we'll be sure to let you know)
Date is once again not decided yet. We are curently looking around the last week of january to be sure to have suitable dates for february.

That was all the announcements that had to be made today, have a good one guys.
Merry Christmas griefs <3