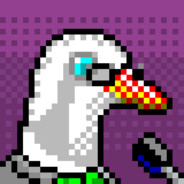 Mar 30, 2020 @ 3:11pm
Vote types and how to apply for developer
This sub forum is for players and developers to hold votes.

1. Normal votes
Anyone can hold these kind of votes. These can be topics such as a demotion requests for a certain developer or anything that doesn't fit into the sub forum 'Suggestions & Reports'

2. Admin votes
These are to be held only by developers and may revolve around sensible topics.
Players may also voice their opinion on these but developers are not required to consider it.
Contrary to other votes, it is not required to reach a consensus and sometimes only the option with most votes is applied.

3. New Developer votes
Developer votes are made by a player with the support of a developer (mentor) with the goal of reaching a consensus on whether the player would be a good addition to the server as a developer or not.
A consensus must be met with the other developers and players alike, however developer opinions have slightly more weight as the applicant will be working with fellow developers to minimize complaints.

To become a developer:

What happens when your Developer Application passes?
Upon passing you will receive the developer rank on the Garry's Mod server from your mentor and your 3 month dev trial period will begin.
Any questions you may have can most likely be answered by your mentor but possibly also by anyone else.

In the beginning you will most likely not have access to any private repositories and therefore can not make any lasting contributions.
To contribute, you should consult your mentor about having your changes pushed under your name or gaining read-only repository access with merge requests only.
At the end of the trial period, the mentor can decide whether to keep the applicant as a developer or not. If you get approved, you will get full repository access.
On the occasion that the applicant does not contribute at all within the mentioned time period, their developer rank will be revoked regardless and they may apply again.

A few things to note

You can choose to copy this template or come up with something creative yourself.
Developer vote: (Your Name) (Subsidiary information, past names ect.) Summary about me: (Introduction to get people to know who you are and what you can do) Playtime: Garry's Mod: (Hours Played) Meta Construct: (Hours Played) (Other servers if you deem them applicable) Projects and References: (Links to GitHub or GitLab profile, notable repositories and work done) Votes and Mentor: Mentor: (Mentor name, a mentor is required in order to show you how Meta Construct works, unless previously experienced with Meta Construct) Pre-Votes: (You can aquire votes before posting in order to get a sense of who wants you on the development team)
Last edited by Zeni; Mar 30, 2020 @ 4:35pm
#1
< >
Showing 1-1 of 1 comments
Per page: 1530 50
All Discussions > Administration & Developer Votes > Topic Details
Date Posted: Mar 30, 2020 @ 3:11pm
Posts: 1
Start a New Discussion