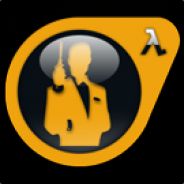 20 Years ago today, Goldeneye 007 was released on the Nintendo 64 to worldwide critical acclaim. Happy anniversary to the game that has inspired us for 2 decades.

To celebrate, two of our musicians, Basstronix and Tweaklab, have each made a new track for you all to enjoy:

Reminder: We recently released a security update to the mod, if you haven’t already installed the 5.0.6 patch you can get it here.

See all 5 comments
GoldenEye: Source - 5.0.6 : Security Update
Aug 9, 2017 @ 11:03am - [GE:S] Enzo.Matrix
While we continue development on the 5.1 update, we need to release a patch to address some vulnerabilities that have recently been discovered within Valve’s Source engine.

Our 5.0.6 patch is primarily to fix this recently discovered exploit in all Source engine games.[oneupsecurity.com] Using this exploit, a server running malicious custom content can potentially execute arbitrary code on your computer. Though there have been no instances of this exploit spotted in the wild, due to the nature of this vulnerability we urge everyone to update as soon as possible.

If you launch the game without updating you will receive a notification that your game needs to be updated on the main menu.

Since everyone has to go through the trouble of updating, there are also a few essential fixes and features that we decided are worth including as well. Servers are not affected by this exploit, but we’ve included a server patch as well to fix a few other bugs. Read the full changelist here[wiki.geshl2.com].

Though most of Valve’s popular titles have been patched at this point, if you’re planning on playing a Source engine game you’re not sure has been patched, we would recommend setting the following console variables:

These settings will disable all client-side custom content including sprays and maps, which will eliminate the attack vector this particular exploit uses. In most games this will probably not be necessary, but it could be worth it if security is a concern for you. Stay safe.

Leave a comment
GoldenEye: Source - Status Report: May
May 15, 2017 @ 1:00pm - [GE:S] Enzo.Matrix
Working Towards 5.1
For the past many months since 5.0’s release we’ve been hard at work behind the scenes preparing what is coming next for GE:S.

Moving forward we would like to be more open and keep the community more up to date with what we are doing, and first off we are happy to announce and show a little preview of two of the maps we are presently working on.

New Maps
Citadel
We would like to introduce you to a level that is not that well known. ‘Citadel’ was a test level found on the original game’s ROM by using a GameShark on the GoldenEye cartridge. In the past there have been community versions of this map, but the level is now being incorporated into the game and given the full treatment.

http://i.imgur.com/uUxA92P.jpg
Temple
I would never choose the caves! The temple, maybe.

Temple is a map that has long been absent from GoldenEye: Source. Whilst there have been various versions in development over the years it has never quite made it all the way to completion. The map has now been completely reenvisioned and given it’s own unique theme.

Music
With two new levels there might have been a gap in our Soundtrack. Never fear! Tweaklab has been hard at work and would like to debut some of his awesome beats.


“I wanted to take the Citadel track from the original game that was only used in multiplayer matches and make it feel a bit more tailored to a specific map, keeping the original tempo while adding more layers to the track to give it a greater sense of progression and ambience.”


“I was encouraged by the team to have a go at writing an original track for the game and it all started with the main chord progression which utilizes a few familiar notes from the traditional Bond theme, everything else evolved fairly naturally from there. I wrote the track with the idea that it was almost like a remix of an original N64 track that no one had ever heard before and there are lots of cool ominous sounds like pan flutes and monk choirs in the mix to keep the atmosphere front and center while the beat drives the track.” - Tweaklab

Weapon Effects
Moving forward with our initiative of improving the way that weapons feel and act in the game, each weapon now has an increased number of sound effects associated with it. Pistols, Rifles, Mines, Shotguns, Rockets and so on now have distinct pickup, ammo and reload sounds for each type.

Building on our adjustment of their ammunition types, the Gold and Silver PP7s now have distinct firing sounds to help distinguish them both from each-other and the standard issue PP7.

The soundscape of the game is now more satisfying and delivers much better audible feedback on what is happening.

Improving User Experience
One of our big goals with the upcoming 5.1 is to greatly improve the experience players have when playing the game. 5.0 was a huge milestone and step up in the quality of the mod from past versions but we still see great room for improvement when it comes to making the game feel more intuitive and enjoyable. Certain lingering issues in the gameplay were made apparent by 5.0’s release which we’re working towards fixing, including changing a few Source engine defaults that fell outside of the design of our game and went under our radar.

The main one is of course the maximum server player count, which can be set as high as 32. However, GE:S was never designed to accommodate this number, and having such a large amount of players on one server causes several problems that result in a poor gameplay experience. As such, for 5.1 this will be capped to a more reasonable 16 players. We hope everybody can understand that we want players to have the best experience of the game possible.

PSA: Please keep this in mind if you’re running a server as 16 will be the maximum number of player slots supported once GoldenEye: Source 5.1 releases.

Thank You
We would like to thank the community for their amazing support following the release of 5.0. We’ve been blown away by how much the game has grown and all of the positive attention we’ve received around the web.

In case you missed it we recently had an interview with PC Gamer, you can find it here:
http://www.pcgamer.com/the-creation-and-tireless-evolution-of-the-goldeneye-source-mod/

Streaming GoldenEye: Source
If you’re a YouTube or Twitch streamer and would like to stream GoldenEye: Source, please do! Our original soundtrack will not get your content flagged. Please contact us if you do have any issues.

We’re Looking For Developers
As a team that is always growing and adapting we would like to remind everybody that we are always looking for new talent. Please check our open positions https://www.geshl2.com/join-us/ page if you’re interested in getting involved and helping us to create this game.