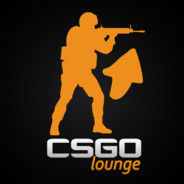 We have great news for all eSports fans out there. It is better late than never and we decided to add extra events for each match on our website. We really appreciate your support and feedback over the years and would be glad to hear from you this time once more. And if you still haven’t tried new lounge go ahead and a grab a promo for our new users in our Discord server https://discord.gg/BcPUAsRwSG

FaZe have become the champions of the ESL Pro League Season 15. In the grand final of the prestigious league, which was held in the best-of-five format, Finn "karrigan" Andersen's squad got the better of ENCE, closing out the series 3:1 – 16:11 on Vertigo, 17:19 on Overpass, 16:9 on Mirage and 16:12 on Dust2.

In the group stage, the European roster took over Sprout, Vitality and FURIA, which allowed them to advance to the playoffs finishing third in their group, moving past Players, NAVI and FURIA in the decisive stage of the tournament.

HLTV.org has awarded Robin "ropz" Kool from FaZe the ESL Pro League Season 15 MVP title. The Estonian esports athlete helped his team win the prestigious tournament and finished it with an individual rating of 1.16.

Throughout the event, Kool played 23 maps, 7 of which he ended with a rating below 1.0. The player's most successful map was Dust2 in the match against against Vitality in the group stage, finishing it with a 2.01 rating.

ROFLCOPTER Just now
NOTHING ELSE IS FOR TRADE
[H] Nomad Slaughter .0337 FV

have a great day and stay safe!

A lot of Weapon Skins

(DON`T ADD ME HERE, GO TO MY TRADELINK AND ADD MY MAIN ACCOUNT)

add me if necessary
https://steamcommunity.com/tradeoffer/new/?partner=1049496414&token=0xUaZWcz