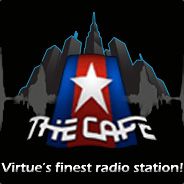 Capesters! Please post in the "CENSUS: What are people playing?" thread!

Apr 16, 2015 @ 3:24am - Aelya-DJ Anarchy
To try and jump start this group and get the members posting and talking to each other (and playing together!), I would strongly encoourage as many of yoou as possible to post in the pinned Census thread on the group's discussion board.

As part of the station's game-agnostic approach, the Steam community group and boards will become a central part of the stations gaming activities. As such, we need to get an idea of what multiplayer games folks have been playing.

Also, don't be shy about friend requesting me, or any other Capesters in the group you may enjoy the company of!

Dungeonmans (which does have a small but lively community for a roguelike parody)
Gems of War (as Silver.lunakitty before I changed my handle on Steam )
The Secret War (may try the new version when it comes out)
DCU Online
Shuffle Cats (yes I know it's an FB game, but just try it! Available in the Google Store!)