Store Page
Sid Meier's Civilization VI >  Workshop > codenaugh[icon_strength_large]'s Workshop > [SEE NEW VERSION] Better Balanced Game v3.17.4 > Discussions
This item has been removed from the community because it violates Steam Community & Content Guidelines. It is only visible to you. If you believe your item has been removed by mistake, please contact Steam Support.
This item is incompatible with Sid Meier's Civilization VI. Please see the instructions page for reasons why this item might not work within Sid Meier's Civilization VI.
Current visibility: Hidden
This item will only be visible to you, admins, and anyone marked as a creator.
Current visibility: Friends-only
This item will only be visible in searches to you, your friends, and admins.
[SEE NEW VERSION] Better Balanced Game v3.17.4
Description Discussions2 Comments166 Change Notes 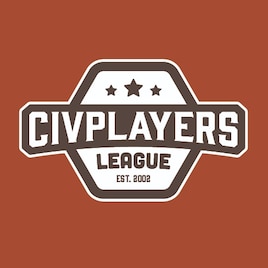 Want to join the discussion? You need to sign in or create an account.
Date Posted: Oct 25, 2018 @ 10:57pm
Posts: 1
Start a New Discussion
Discussions Rules and Guidelines
More discussions

codenaugh[icon_strength_large]
View Profile View Posts
[developer] Dec 7, 2020 @ 2:13pm
FYI: I have retired from working on this mod, due to my interest in civ diminishing. I may update it occasionally with no set schedule, just to maintain it or address urgent needs. A new BBG team has stepped up to take over and I have a lot of confidence and faith in them. Their version stands to be the new de facto version used in the multiplayer communities and events. You can subscribe to it here:
https://steamcommunity.com/sharedfiles/filedetails/?id=2312050357