Store Page
Stellaris>  Workshop > GreenKeldeo's Workshop
This item has been removed from the community because it violates Steam Community & Content Guidelines. It is only visible to you. If you believe your item has been removed by mistake, please contact Steam Support.
This item is incompatible with Stellaris. Please see the instructions page for reasons why this item might not work within Stellaris.
Current visibility: Hidden
This item will only be visible to you, admins, and anyone marked as a creator.
Current visibility: Friends-only
This item will only be visible in searches to you, your friends, and admins. 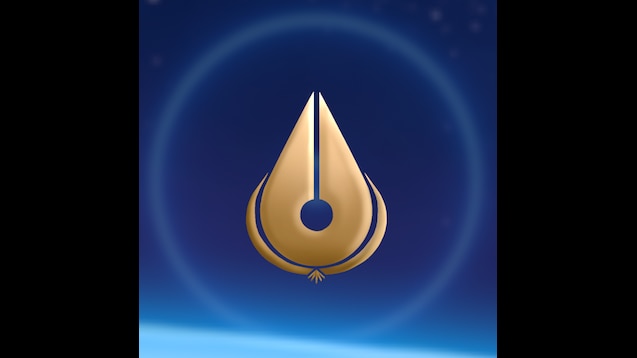 ipser
Offline
See all 131 collections (some may be hidden)

This item has been added to your Subscriptions. Some games will require you to relaunch them before the item will be downloaded.
Description
**I have tested this with 3.1.x and have not seen any issues; please do file bug reports if you get a crash with any DLC.**

"Xenonion is an award winning pan-galactic news organization, and Stellaris' most trusted news source - according to four of the five arthropods it nerve stapled.

Founded in 2200 following a questionable merger between several media conglomerates, Xenonion has emerged as the galaxy's largest news provider.

Headquartered aboard the ISS Xenonion deep space black site, the organization broadcasts continuously via a network of mind control satellites, and is currently syndicated in every major space-nation.

The network is known for its high-quality news and space-weather coverage. With bureaus on every major planet, alongside a roving fleet of news Titan-class starships, its journalists are never far from the action."

This mod adds an enclave for the Galaxy's most trusted news source, Xenonion. Currently, the Enclave offers 3 options for agreements you can make with them - this may be expanded or altered in time:


If you'd like to buy me some more caffeine to consume while working on this and/or other mods, feel free to drop in over at my Ko-Fi page[Ko-Fi.com].
Popular Discussions View All (2)

JJA726 Jul 8 @ 1:23pm
The only trustworthy news source in these dangerous times.

GreenKeldeo  [author] Jun 19 @ 12:15pm
@MaulMachine With this mod, as long as both SpeedDial and it are present anywhere in your load order, there shouldn't be any impact - no files from either mod are overwritten by each other; they interact via events, which can only occur in-game, at which point in time you will already have both mods loaded fully anyways.

MaulMachine Jun 18 @ 3:30pm
What is the optimal load order with SpeedDial?

GreenKeldeo  [author] Jun 18 @ 1:48pm
Now with support built-in for @MacAwesome's SpeedDial mod ; as long as both mods are present, a button will show allowing you to easily contact the Xenonion News enclave on the fly.

GreenKeldeo  [author] Jun 15 @ 11:32am
@ValtusIII No, however, it is possible to manually spawn them around a selected planet with the following command in console:
https://pastebin.com/3CxXCQhG