Store Page
Hearts of Iron IV>  Workshop > GreatSovietUnion's Workshop
This item has been removed from the community because it violates Steam Community & Content Guidelines. It is only visible to you. If you believe your item has been removed by mistake, please contact Steam Support.
This item is incompatible with Hearts of Iron IV. Please see the instructions page for reasons why this item might not work within Hearts of Iron IV.
Current visibility: Hidden
This item will only be visible to you, admins, and anyone marked as a creator.
Current visibility: Friends-only
This item will only be visible in searches to you, your friends, and admins. 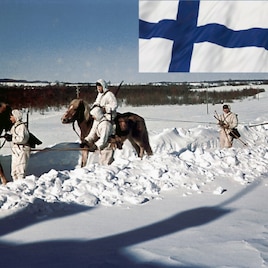 GreatSovietUnion
Online
See all 2 collections (some may be hidden)

This item has been added to your Subscriptions. Some games will require you to relaunch them before the item will be downloaded.
Description
Compatible with 1.10.1!
Welcome!
Hello everyone! This is mod that completely reworks Finland. I like the accuracy of historical events, so I tried to make it as historical as possible.

I am not native english speaker, so there can be some minor mistakes.

Field Marshal Paul Von Lettow Oct 20 @ 3:21am
Thank you for making this. I will gladly add this to my game and will fully test and review it. I love quality and detail which both seem to be well invested into this mod. Also you are updating it which shows quality and respect from a mod creator to fellow game fans. Thank you for that. Too many good mods just phase out from updates. Additionally, I would gladly proof read and correct and work you need done for any English language issues. Send me a friend request if you are interested.