Store Page
Hearts of Iron IV>  Workshop > Zweiter Deutscher Soldat's Workshop
This item has been removed from the community because it violates Steam Community & Content Guidelines. It is only visible to you. If you believe your item has been removed by mistake, please contact Steam Support.
This item is incompatible with Hearts of Iron IV. Please see the instructions page for reasons why this item might not work within Hearts of Iron IV.
Current visibility: Hidden
This item will only be visible to you, admins, and anyone marked as a creator.
Current visibility: Friends-only
This item will only be visible in searches to you, your friends, and admins. 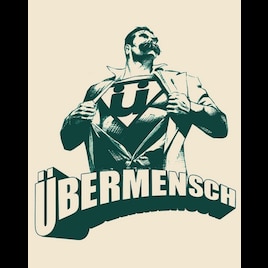 This item has been added to your Subscriptions. Some games will require you to relaunch them before the item will be downloaded.
Description
Description:
This mod diversifies your game with such units as mutants, cyber infantry or combat robots.
Mod added new decision category Human Improvement Research that will allow you to learn new technologies.
To start equipping your army with new battalions, you need to open The New Path for Your Science and go through three stages of research in it. During these stages, you will receive either bonuses for your army, or new equipment that is worth preparing for your future expansion.

Features:
New types of units that will help your nation take over the world ... or this will be the reason for the unification of all countries against you.

New province effect after nuked (Adopted from Equestria at War. May cause a conflict: two identical effects will hang on the province, which will add more hardcore)

Mechanics of joint research of Germany and the USSR (If they are allied, and both has the national spirit of the Research Program "Overman")

Full compatibility with all mods

Credits:
Most of the graphic composer taken from other mods:

vunderguy123 Nov 3, 2019 @ 11:10am
Actually, I just used the event cheat to advance to the third stage because the option wasn't displaying and it worked like a glove. I have further issue with the fact that cyber infantry count as commanos and are thus subject to the special forces limit, but, hey, at least it works.

Zweiter Deutscher Soldat  [author] Nov 3, 2019 @ 12:31am
@vunderguy123 Yes, you're right, 10% of HP is really small. I’ll come up with something in the next update.
Decison "Emphasis on Research"(or something else for speciphic country) should cause all stages in turn. I do not know why you cannot research the third stage. Try reinstalling the mod.

vunderguy123 Nov 2, 2019 @ 2:03pm
Hey, I got to the point where I could build the exoskeletons... but I can't build units that use them. When I try and make a new division there are no exoskeleton battalions or anything. Also, a plus 10 modifier to division HP for infantry batallaions only is a pretty weak modifier for all resources a player would have to sink into it even for a level 1 tech. You couldn't think of anything else like soft attack or defense or hardness or organization or something to that effect?