Store Page
Stellaris>  Workshop > Red-Eyed_Fairace's Workshop
This item has been removed from the community because it violates Steam Community & Content Guidelines. It is only visible to you. If you believe your item has been removed by mistake, please contact Steam Support.
This item is incompatible with Stellaris. Please see the instructions page for reasons why this item might not work within Stellaris.
Current visibility: Hidden
This item will only be visible to you, admins, and anyone marked as a creator.
Current visibility: Friends-only
This item will only be visible in searches to you, your friends, and admins. 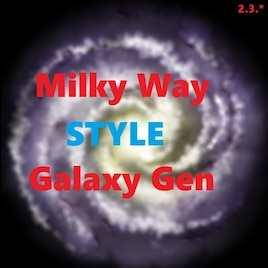 Red-Eyed_Fairace
Last Online 6 hrs, 54 mins ago
See all 20 collections (some may be hidden)

This item has been added to your Subscriptions. Some games will require you to relaunch them before the item will be downloaded.
Description
For Stellaris 2.5.*
A Personal Mod but hey, some of you might like it. Who knows.
Desc:
I got tired of the vanilla galaxy so I decided to try and mimic the milky way but maintaining a vanilla like feeling.

Features
-Stars are more clustered the closer they are to the core
-Stars far from the core are somewhat a bit spread
-Spiral is much more obvious and compact***
-Still feels like the vanilla. (Because it's based on the Spiral 4)

Compability
-Only replaces 1 file, which is the SPIRAL 4 (Spiral_4)
I tried creating it as a new galaxy gen but the game wont read it.
< >
1 Comments