Store Page
XCOM 2>  Workshop > Dare's Workshop
This item has been removed from the community because it violates Steam Community & Content Guidelines. It is only visible to you. If you believe your item has been removed by mistake, please contact Steam Support.
This item is incompatible with XCOM 2. Please see the instructions page for reasons why this item might not work within XCOM 2.
Current visibility: Hidden
This item will only be visible to you, admins, and anyone marked as a creator.
Current visibility: Friends-only
This item will only be visible in searches to you, your friends, and admins. 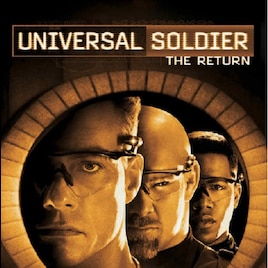 Dare
Online
See all 147 collections (some may be hidden)
You need DLC to use this item.

This item has been added to your Subscriptions. Some games will require you to relaunch them before the item will be downloaded.
Description
Background
Tygen found something in Dr. Vahlen notes - which for a long time he couldn't understand, not even grasp the importance a little bit. Vahlen planned to improve XCom soldiers with gene therapy using a substance called Meld. But as any Meld has been lost Tygen could not progress on any of Vahlens ideas. But lately he came up with a different "use". What if he could use gene therapy to give the Commander a second chance where his skills failed him?

He presented his findings to Central and he was quick to decide that ethics are a luxury that XCom cannot afford in times of war and he greenlighted a trialstudy for the "Resurrection Project". Tygen went and upgraded the Hypervital Modul inside the Infirmary to bring back a soldier to life just a moment before it ended using Dr. Vahlens research.

But there were downsides though.The soldier was still in terrible condition so he needs to endure a long healing process. Also the trauma of dieing damaged his brain severly aquiring 3 negative traits.

Limits of the Resurrection Project
Before making a comment about a "bug" or a "feature" not working ask yourself:
Permission
One may use any of my code as he sees fit as long as appropiate credit is given.

neIVIesis Dec 30, 2019 @ 9:32am
Can soldiers be resurrected only AFTER the Hypervital Module is working? Or soldiers that died earlier in the campaign as well?

If so, has Central been collecting a bunch of corpses all this time? Creepy.

Star¤Dagger Oct 12, 2019 @ 8:40pm
Totally needs a 5% chance for the resurrected soldier to be Evil and start acting bizarre.

That is likely to the cause that either don't play Legendary or you have a mod which descreases how severe gravely wounded soldiers are in terms of recovery time.

brandonlee503 Jul 30, 2019 @ 6:39am
Dare. My soldiers are only injured for 1-2 weeks. A bit too powerful at the moment. Any changes or updates coming? Maybe a added cost as suggested

Arkhangel Jul 15, 2019 @ 7:12pm
@Dare: well, I meant it more as "Snapshots might break BECAUSE this was added mid-campaign. Might be entirely fine if you start with it active.