Store Page
XCOM 2>  Workshop > Eramar's Workshop
This item has been removed from the community because it violates Steam Community & Content Guidelines. It is only visible to you. If you believe your item has been removed by mistake, please contact Steam Support.
This item is incompatible with XCOM 2. Please see the instructions page for reasons why this item might not work within XCOM 2.
Current visibility: Hidden
This item will only be visible to you, admins, and anyone marked as a creator.
Current visibility: Friends-only
This item will only be visible in searches to you, your friends, and admins. 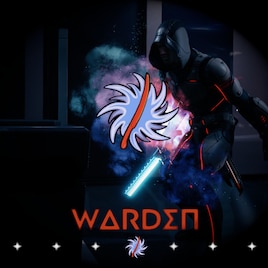 Eramar
Offline
See all 947 collections (some may be hidden)
You need DLC to use this item.

This item has been added to your Subscriptions. Some games will require you to relaunch them before the item will be downloaded.
Description
Warden Class for WOTC
Wardens are psionically gifted scouts. However they have not received a traditional training in psionics and the way they use it differ from what we've seen before. Instead of using a Psi-Amp to amplify their mind's power, they make their body act as a conduit for the dormant psionic energy around the battlefield, and they affect it in various ways as the energy passes through them.

Notes:
The main mechanic which sets Wardens apart from other classes is their ability to change stances instead of ending their turn. Ebb and Flow ability you get at squaddie rank manages stance changes.
-Wardens have access to 2 stances: Offensive and Defensive Stance. You get your first ability which allows you to change stances at Squaddie rank (Warden's Advance).
-As Wardens gain additional ranks they get access to more abilities which enable them to change stances instead of ending their turn.
-Most abilities provide different bonuses depending on which stance you are in.

Animations and VFX:
Almost every single ability comes with their own unique VFX and little animations. You can check the pictures above to get an idea. For Example:
-You'll see the purple psionic energy wash over the Warden and turn into orange indicating Ebb and Flow has been activated.
-The shield provided by Foresight shaking and exploding after receiving a hit.
-An enormous psionic bomb knocking back every enemy in range with Warden's Tide.

Most of the vfx can combine with eachother due to how the class works. E.g. Warden's Tide triggers Ebb and Flow.

Gameplay Balance:
Balance is important to me, most of the abilities went through many iterations to make sure the Warden is not overpowered nor a push-over. I do get deeper into the balancing process if you want to check or give your feedback here: Balancing the Warden.

The main idea was to create a class that is quite able in whichever role you choose to use it but not a direct replacement of any of the classes: It can do cover denial comparable to grenadier, or direct damage comparable to Ranger but not both and there is a catch. (For example to deny cover to the enemy you have to leave the comfort of your own cover.)

I strongly suggest you click the little question marks next to the abilities and read them thoroughly to understand which abilities do what in which stance. However I've set up the class in such a way that you can just go about your business without reading anything if you wish to.

GTS Perk
Warden: Barrage
Ranged attacks against flanked enemies deal +1 damage. All attacks have a bonus 5% chance to critically hit enemies.
Perks
Squaddie:
Ebb and Flow
Wardens can harness psionic energy around them to change between Offensive and Defensive stances instead of ending their turn.
Warden's Advance
Attack any enemy within movement range with your melee weapon. Activate Ebb and Flow and change Stance if you have an Action Point left. Available in both Stances.
Insight
Standard shots are not turn-ending, allowing for shooting then moving or shooting twice on a turn.
Corporal:
Unwavering Concentration
Defensive Stance: +15% Hit and Critical Chance and +2 Damage for Critical hits for 2 turns.
Offensive Stance: +10% Hit and Critical Chance and +1 Damage for Critical hits for 2 turns.
Activates Ebb and Flow. Removes Disorientation. 1 turn cooldown. Refresh the initial effect's duration if its already active.
Parting Strike
Sword attacks shred armor. They also get +10% Hit Chance and do +1 Damage.
Sergeant:
Foresight
Protects the Warden against the next damaging attack and removes damaging status effects on activation. Only available in Defensive Stance. Ends your turn. This ability cannot be activated on the same turn with Unwavering Concentration.
Deception
Subsequent shots during a turn provide +5% Hit Chance in addition to +20% Melee Critical and +10% Ranged Critical chance if against the same target.
Lieutenant:
Lightning Reflexes
Each turn, the first Reaction shot against you misses.
Premonition
Mastery over Ebb and Flow. Allows the Warden to change stances without attacking. Free action on a 3 turn cooldown. Activates Ebb and Flow.
Captain:
Half-Sword
A guaranteed melee knockback attack which does 2-3 damage and disorients the target if activated in Defensive Stance. Activates Ebb and Flow.
Bladestorm
Free Sword attacks on any enemies that enter or attack from melee range.
Major:
Fortress
Warden is immune to fire, poison, acid, and explosive damage.
Warden's Tide
Push back all enemies around the Warden in a large area and stun them. Disorients if in Defensive Stance. Does 4-6 Damage ignoring cover and armor. Stuns for 1 Action Point. Has a 5 turn cooldown. Activates Ebb and Flow.
Colonel:
Unbalance
A succesful shot will cause the target to lose its balance. Target takes an additional 25% damage from all sources for the rest of the turn. Available in both stances. Does not end your turn. Costs 2 Ammo. 3 turn cooldown.
Winding
A twisting melee strike which deals critical damage and ensures that the target takes an additional +3 damage from all attacks in the future. Offensive Stance only and disables Warden's Advance during the same turn. Activates Ebb and Flow.
Random Perks:
Deep Cover, Holo Targeting, Shadowstrike, Guardian, Blast Padding, Shredder, Salvo, Phantom, Chain Shot, Serial, Killzone, Death from Above, Aim

Bugs:
I've completed 2 legend campaigns with the mod, played a bit after TLE released and haven't encountered any. However if you do encounter a bug you can let me know in the Bug Reports discussion and I'll try to get on it.

Compatibility:
It should be compatible with almost anything, I haven't touched any of the base functions or templates except for adding my perk to the GTS facility.
Every single soldier ability and their accompanying vfx and animations are contained within their templates and do not require anything extra except the base game and WOTC.

Thanks:
To Firaxis for providing us with the tools. Any devs who've shared their knowledge.
Popular Discussions View All (6)

Hazarddex Jul 15 @ 7:11pm
for the time being you'll have to use the psionic super soldier which has this class in it.

tcmdan Jun 18 @ 5:29pm
@Imbodenator the rpgo version of this mod has been deleted so this mod doesn't work with rpgo

Imbodenator May 18 @ 11:54am
This is one of the classes currently glitching my rpgo. how do i prevent it from being considered a base class along with universal soldier? Is it possible to edit this in the .ini

Neo Pacifist Weapon May 12 @ 8:33am
yeah what happened ? same with architect class

[DFB] LaserShark May 11 @ 5:01pm
The RPGO version seems to be just... gone. Possibly GreatestKraken took it down and/or got banned?

PM_Zigg Price Jul 13, 2019 @ 8:50am
I love the concept of a psimelee soldier that isn't the Templar. I'm looking forward to trying this out in my RPGO campaign starting up

Alterd-Rushnano Jun 24, 2019 @ 7:44am
Hello! I just uploaded a version of your Warden class that was reconstructed with LWP ver.

If you are a problem or you do not like it, I will take action on it. (For example, delete my uploaded mode).

Lago Jun 23, 2019 @ 8:00am
At Squaddie, it matters because the Warden can't shoot in Defensive. You can shoot then slash, but you can't slash then shoot.