Greenlight > Games > stekosanovich's Workshop > Battle Fortress Tortoise > Announcements
Greenlight is being retired. For more information on how to submit games to steam, refer to this blog post.
This item has been removed from the community because it violates Steam Community & Content Guidelines. It is only visible to you. If you believe your item has been removed by mistake, please contact Steam Support.
This item is incompatible with Greenlight. Please see the instructions page for reasons why this item might not work within Greenlight.
Current visibility: Hidden
This item will only be visible to you, admins, and anyone marked as a creator.
Current visibility: Friends-only
This item will only be visible in searches to you, your friends, and admins.
Battle Fortress Tortoise
Description Discussions0 Announcements2 Comments319 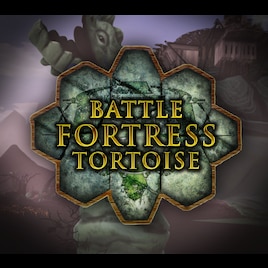 For those that are curious as to what has happened with BFT, well here is a short update and link to download the playable prototype. While the entire team were thrilled to see BFT be Greenlit, it is our responsibility to the community to not exploit the Greenlight by placing a prototype on the store front. So instead feel free to download and play the prototype right here!

As for BFTs future, all members of the team have since been gainfully employed by a number of studios in the industry. While we would like to continue development, at this time the majority of us are under non-compete clauses and cannot work on a project such as BFT while we are at our respective studios. Having said that, BFT means a lot to us and your responses have shown that you care just as much as we do. Who knows, you may see something from us in the future!