Greenlight > Games > Solgryn's Workshop > Roah > Announcements
Greenlight is being retired. For more information on how to submit games to steam, refer to this blog post.
This item has been removed from the community because it violates Steam Community & Content Guidelines. It is only visible to you. If you believe your item has been removed by mistake, please contact Steam Support.
This item is incompatible with Greenlight. Please see the instructions page for reasons why this item might not work within Greenlight.
Current visibility: Hidden
This item will only be visible to you, admins, and anyone marked as a creator.
Current visibility: Friends-only
This item will only be visible in searches to you, your friends, and admins.
Roah
Description Discussions0 Announcements3 Comments168 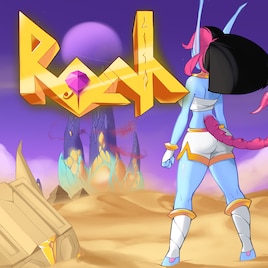 Just wanted to let everyone know I'm indeed still working on this, I mostly update via my Twitter.

Been making a few bosses and polishing the early game as a good "template" for the rest of the game. Making too much placeholdery stuff is bad imo, so I wan't to get the game good from the beginning first. I still have a plan on what to do for the rest of the world, but I just need to actually make it.

The game is also going to be non-linear in the fashion that you can choose which order to defeat most of the bosses in. Designing this way is new to me so I'm putting a bit more thought into it, as Wings of Vi was basically just levels in one big string; there was very minimal backtracking/choice.

Polishing the combat system is also a big task. Although somewhat easy to comprehend and execute, it's pretty complex under the hood; so I keep iteration on it.

Hopefully you're all still looking forward to the game, as I am to releasing it ( ' v')