Greenlight > Games > MENthish's Workshop > Half-Life 2: Capture the Flag > Announcements
Greenlight is being retired. For more information on how to submit games to steam, refer to this blog post.
This item has been removed from the community because it violates Steam Community & Content Guidelines. It is only visible to you. If you believe your item has been removed by mistake, please contact Steam Support.
This item is incompatible with Greenlight. Please see the instructions page for reasons why this item might not work within Greenlight.
Current visibility: Hidden
This item will only be visible to you, admins, and anyone marked as a creator.
Current visibility: Friends-only
This item will only be visible in searches to you, your friends, and admins.
Half-Life 2: Capture the Flag
Description Discussions36 Announcements12 Comments1582 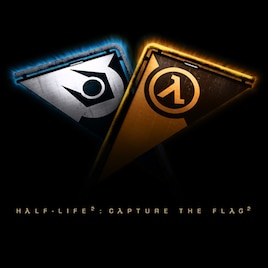 A recent expansion of the core HL2CTF development team and review of the overall plans to make the game available on Steam as soon as possible has launched branch development on "Half-Life 2: Capture the Flag v2.5" as the next release.

The current issues being addressed will further improve many features of the game as well as exposing players to the initial port of HL2CTF running on the 2013 SDK!

More news on the progress of the release will be released very soon with more information on when the game will be delivered via Steam!

And as always, players can download HL2CTF v2.1 for free from www.hl2ctf.com and play on one of the many new servers now running new maps as well as servers exclusively running specific game modes such as Domination and Excessive!

MENthish Mar 9, 2014 @ 7:45pm
Keep an eye on the announcements here. We will be announcing beta test key distribution next week once the beta is ready and uploaded. We hope by Wednesday but it may be later in the week.

MENthish Mar 9, 2014 @ 7:16pm
HL2CTF 2.5 beta test keys will be distributed soon to download and test via Steam. We hope to have the first playtest before the end of the week.